Maggie Thatcher is the eco-warrior who helped save the world; CHRISTOPHER STEVENS reviews last night’s TV

Lady Thatcher, eco-warrior, seems an unlikely superhero. It’s hard to imagine Maggie with her handbag festooned in Greenpeace badges, handing out organic brownies laced with pot for hippies at the Glastonbury festival.

But as erstwhile Tory party leader Michael Howard, who served as one of her environment ministers in the Eighties, reminded us pithily in the Mail last week, Mrs T treated climate change seriously.

Packed with lively cartoon graphics, the documentary Saving Planet Earth: Fixing A Hole (C4) showed us why: Thatcher was a scientist before she was a politician, and was proud of it.

When NASA’s rocket brains discovered a hole in the ozone layer, bigger than the United States, she summoned technician Bob Watson and quizzed him. 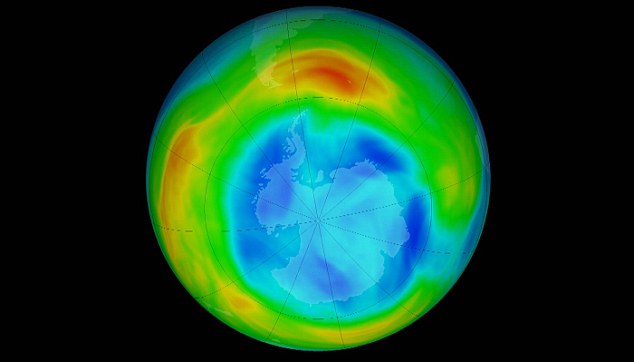 Saving Planet Earth: Fixing A Hole (C4) showed us why: Thatcher was a scientist before she was a politician, and was proud of it

‘I was incredibly impressed by the penetrating questions she asked,’ said Bob, before leaning forward to add: ‘And they were penetrating!’ He still seemed shaken by the Iron Lady’s grilling, even 30 years later.

The crisis was caused by a manmade gas called Freon, developed by the same accident-prone inventor behind leaded petrol, Thomas Midgley. Never has any single human being been responsible for creating more pollution.

You have to feel sorry for Midgley. At the age of 51, polio left him disabled, and he came up with an ingenious harness for getting himself out of bed unaided. Shortly afterwards, he was found accidentally throttled to death in it.

The harness was a success compared with Freon and other chlorofluorocarbons [CFCs]. Used in everything from air-conditioning units and fridges to hairspray cans, CFCs turned out to be indestructible — and floated up 12 miles to eat through the Earth’s protective ozone.

Californian chemist Professor Sherry Rowland was the first to appreciate the scale of the problem.

He told his wife: ‘My work’s going really well. The only trouble is, I think it’s the end of the world.’

Ozone damage meant ultraviolet rays from the sun were frying the planet. U.S. President Reagan’s advisers were blasé: the official advice to Americans was to use suncream and wear a big hat.

But Mrs Thatcher saw the danger to plants, animals and the global food chain, and made Reagan see it, too. 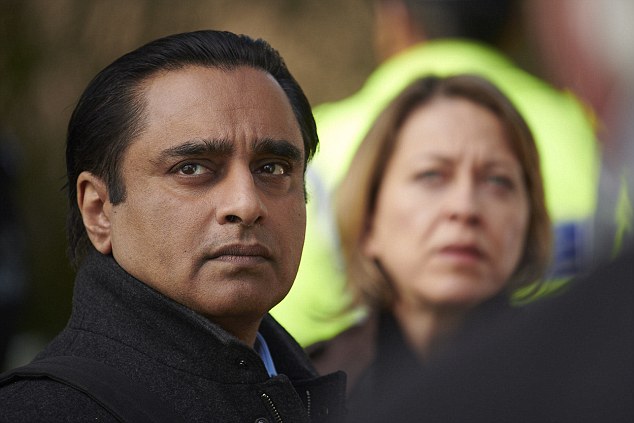 This has been the best series yet of a brilliant crime drama. There were no twists, no surprises at the end, but it delivered a fully satisfying denouement

Then she delivered an impassioned speech to the leaders of the developing nations, persuading them to join the West in banning CFCs.

It was a barnstormer, out-doing even her best performances at the Tory Party conference.

You could argue, and this documentary practically did, that Maggie Thatcher saved the world. She didn’t convince the U.S. public, though.

That was done by a crusading episode of America’s favourite sitcom, All In The Family. These days, we’re beset by global warming. If science is waiting for Mrs Brown’s Boys to tackle that, we’re all doomed.

This was hardly typical Channel 4 fare. It even ended with a clarion call from former U.S. Secretary of State George Shultz: ‘Let’s bring back President Reagan and Margaret Thatcher! You’ve got to have leaders who can lead!’

Talking of leaders, what about DCI Cassie Stuart (Nicola Walker), who seemed on the point of quitting the police at the end of Unforgotten (ITV)?

This has been the best series yet of a brilliant crime drama. There were no twists, no surprises at the end, but it delivered a fully satisfying denouement.

But what next? Perhaps Cassie’s sidekick, DS Sunny Khan (Sanjeev Bhaskar), will take over. Why not? Lewis succeeded Morse, and no detective ever left bigger shoes to fill.