CHRISTOPHER STEVENS: This brilliant comedy duo have got me hooked

CHRISTOPHER STEVENS reviews the weekend’s TV: Forget the fishing, this brilliant comedy duo have got me hooked

Lime marmalade — that is the correct answer. Bob Mortimer and Paul Whitehouse were having a fervent debate about the world’s best jam, one of them waders-deep in a Scottish salmon river and the other lying on the bank fiddling with his phone.

Paul argued it was a toss-up between cherry and raspberry. Bob favoured blackcurrant, though his old pal felt it was too acidic.

Neither considered any sort of marmalade, which is disappointing: I’d always taken them for men of taste. 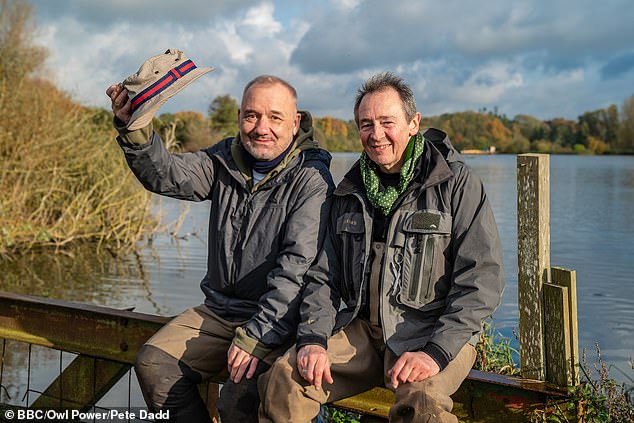 Paul argued it was a toss-up between cherry and raspberry. Bob favoured blackcurrant, though his old pal felt it was too acidic

Aimless yet earnest discussions are one of the chief pleasures of Mortimer And Whitehouse: Gone Fishing (BBC2).

The healthy low-fat recipes that were a feature of the first series have all but vanished, and Paul no longer tries seriously to coach his friend in the techniques of casting for fish.

True, Bob stood in the prow of a rowing boat on the River Tweed, attempting to catch a salmon, while Paul guided his rod with shouts of, ‘Left, right!’ and ‘Eins, zwei, drei!’ 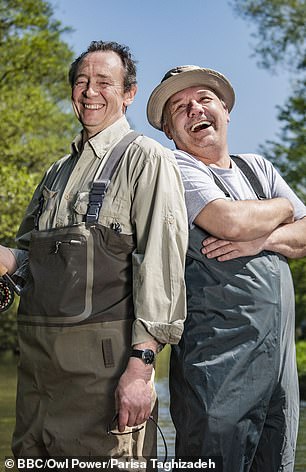 The fishing is just a pretext, now they’ve reached a third series. We simply want to eavesdrop while they maunder and bicker

But after one energetic cast, when the rod’s tip thwacked him round the ear, Paul lost patience. He took over, hooked a salmon and generously let Bob reel it in.

The fishing is just a pretext, now they’ve reached a third series. We simply want to eavesdrop while they maunder and bicker.

‘We’ve been friends for 30 years,’ said Bob, and theirs is not the usual ‘mutual appreciation society’ of celebrity chums. They used to drink in the same dens in the late Eighties, back when Paul was writing for Harry Enfield and Bob was breaking into TV with Vic Reeves.

When Paul launched The Fast Show in 1994, it was Bob who coined one of its perennial catchphrases: ‘I’ll get me coat,’ he used to say, when an off-the-cuff pub gag fell flat.

If this was just a celebrity friendship, they’d have ruined the show long ago by inviting other famous mates to join them. I bet some callow BBC exec has suggested it: ‘David Beckham loves angling, why don’t we get him as a special guest? Or Anthony Joshua? Hey guys, I just Googled and it says Rita Ora goes fishing, too . . .’

The genuine intimacy between the two men allows not only for jokes, but for moments of vulnerability. Bob started talking with cheerful callousness about the car crash that killed his father.

He made it sound slapstick and cartoonish. But he must have been brooding on what he’d said, because next day, on the river, he blurted out: ‘I don’t want you to think that’s how I feel about it. How else can you cope?’

‘I know, Bob,’ Paul said gently. And it was obvious that he really did understand. 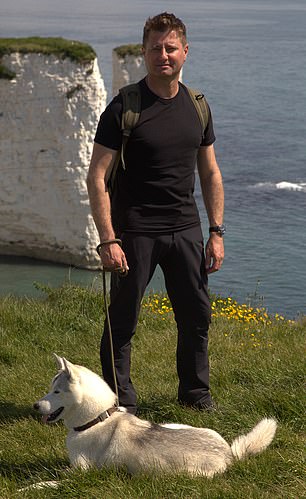 For friendship and company, architect George Clarke has his Siberian Husky Loki, as they tour deserted stately homes on National Trust Unlocked (C4)

For friendship and company, architect George Clarke has his Siberian Husky Loki, as they tour deserted stately homes on National Trust Unlocked (C4).

While the rest of us were unable to visit Britain’s historic gems during lockdown, lucky George was getting private tours — like Michael Jackson bingeing in Harrods after the other customers were sent home.

But instead of enjoying solo saunters at houses usually packed with visitors — Waddesdon Manor, in Buckinghamshire (formerly owned by the Rothschilds), or its neighbour Cliveden (starting point for the Profumo Affair) — he picked lesser addresses.

He squeezed into a concrete bunker called Fort Henry, overlooking Dorset’s Studland Bay, and inspected houses hewn out of sandstone rocks at Kinver Edge in Staffordshire.

Interesting choices . . . but if you had a free pass to beat the National Trust queues, wouldn’t you opt for the big ones first?

Ancient soap of the weekend:  Harry Hill’s World Of TV (BBC2) unearthed a clip from the Sixties drama, The Newcomers. It featured EastEnders’ Wendy Richard, who dashed into a pub and told one of the locals: ‘Oh push off, Hairy Face.’ Fabulous!