They may have played brother and sister in Even Stevens, but Christy Carlson Romano and Shia LaBeouf no longer keep in touch. Romano, 37, took to her YouTube channel on Tuesday where she posted a 10-minute video of herself going for a walk and talking about why she and LeBeouf, 35, were never very close, even during their Disney Channel days.

“To be honest, I don’t even really know if we were ever really friends,” Romano admitted. “We were coworkers. We had this really good on-screen chemistry. People assumed we were in real life brother and sister. And that in real life I had an influence over what this guy did. Watch Honey Boy and it’s like he’s a completely traumatized young man at the same time that I’m working with him.”

Romano said that the frequent question is an honor because it means the actors did a good job of playing siblings, adding, “But in reality, it wasn’t like that. We weren’t really close.”

She added that she was not aware of LaBeouf’s troubled upbringing  or living situation while they filmed the show together.

“I didn’t know a lot of the backstories that came out about where they were living at that time and how much hardship they’d seen and stuff like that,” she said. “I just kick myself because I really do kind of wish, if I’d known anything about him I could have been, I don’t know, more patient? But I was dealing with my own thing. I was moving across country for the opportunity. I was sad about a breakup when I was 16, and I was dealing with my own drama.” 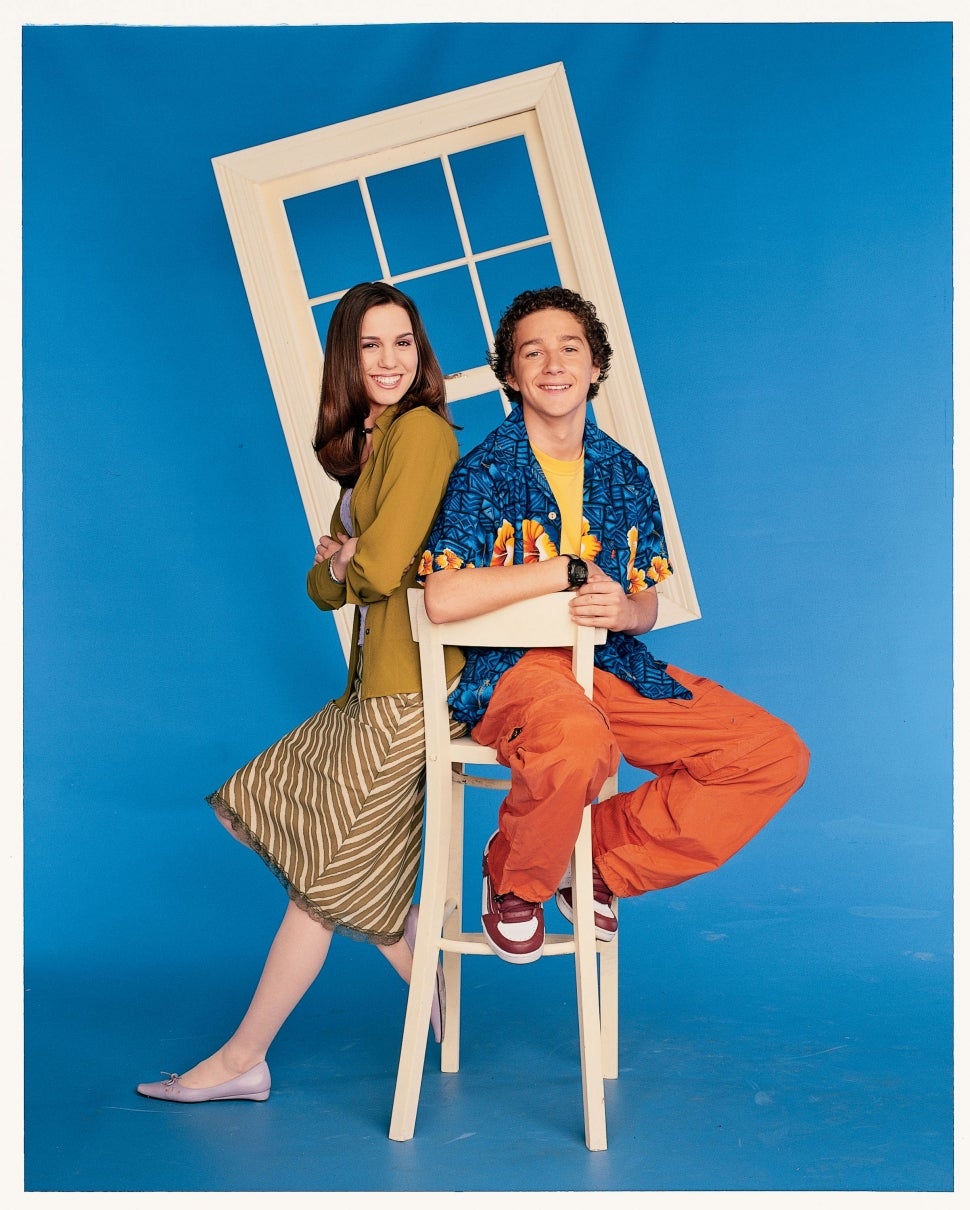 Romano also admitted to struggling with feelings of rivalry with her co-star, discussing his 2003 Emmy win.

“Something that actually really hurt my feelings was when he won his Emmy award, and he was on the podium. I was sitting there with the rest of our team and he thanked everybody at the table but he didn’t thank me,” she recalled. “I was hurt at the time because I felt like since day one it was him and me. It was our show.”

She said she “didn’t watch any of his movies” after Even Stevens due to resentment.

“I was a bit salty. I felt like he had gotten a better agent, a better manager. So I felt kind of jilted by the whole situation,” she admitted. “I felt like, here he is making a big splash in Hollywood and here I am. I chose to go to college… There was definitely an undercurrent of regret but also an undercurrent of comparison. Sibling rivalry, if you will.”

Romano did admit to having regrets about her time with LaBeouf.

“The only thing that I can say is that I really do kind of wish at the time when I was younger I would have given him a little more time and energy and love, like a real sister,” she shared. “I really do regret that. It kind of makes me sad.”

She concluded the video with a message for her former co-star, saying, “Shia, if you see this, know that I love you. I’m sorry we didn’t connect well when we were kids. And I hope that you are taking it one day at a time… Be well, because I’ll always love you.”

ET spoke with LaBeouf back in 2019 about the possibility of ever doing an Even Stevens reboot.  He replied, “Yeah, I mean, I loved doing it. It was a lot of fun. But no, I haven’t thought about that.”

In 2017, ET also spoke to Romano, who admitted that she doesn’t even have LaBeouf’s phone number. “I have done nothing but wish him the best. I just sit back and wish the best for him,” she said. “There will always be that connection.”