Claudia Winkleman reveals: 'I assume I'll be fired any minute'

‘I assume I’ll be FIRED any minute’: Claudia Winkleman reveals fears over her Strictly host position… and insists she is ‘irritating’ and merely ‘lucky’

But Claudia Winkleman, 47, does not take her Strictly Come Dancing position for granted as she confessed to the Daily Star Sunday that she fears for her job.

The star, who has co-hosted alongside Tess Daly, 50, for the past five years since taking over from the late Bruce Forsyth, explained: ‘If they’ll have me, I’ll keep doing it. But I assume I’ll be fired any minute’. 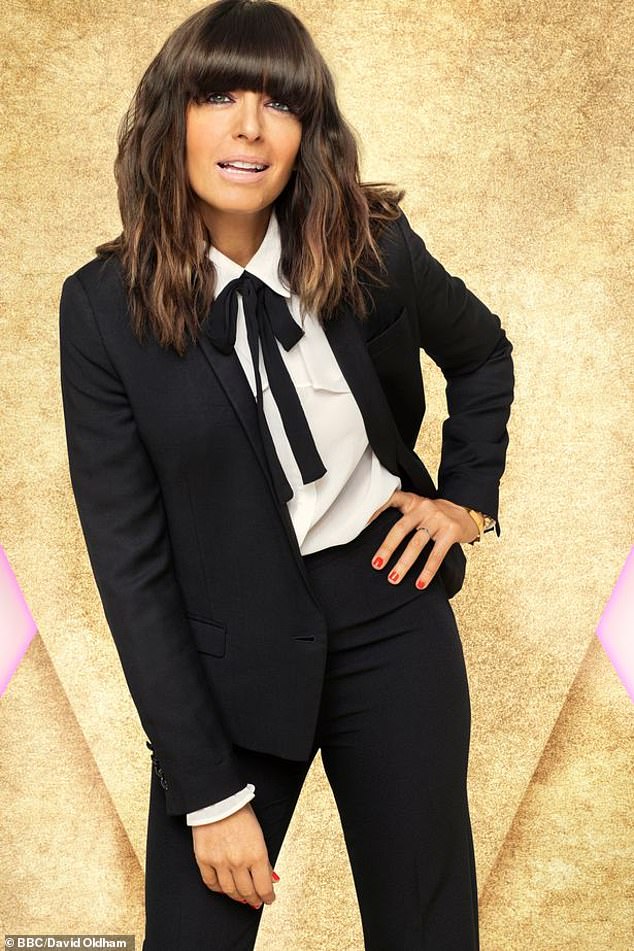 Not for granted: Claudia Winkleman, 47, has revealed: ‘I assume I’ll be fired any minute’ when speaking about her Strictly presenter role

Claudia’s presenting on the show has been a hit with viewers and her success has seen her present a number of high rating shows for the network including The Great British Sewing Bee and Home Cook.

However Claudia admitted she has never tuned in to watch herself: ‘I can’t or I’d be sick, I can’t imagine how irritating I am’.

Instead she likes to pretend none of her programmes will actually air, instead fantasising that they’re ‘an elaborate home video my parents have created to make me feel good about myself’.

The star also confessed that she does not allow herself to get comfortable saying ‘there’s nothing worse than someone who says yeah… It’s all going well’ and she prefers to remain on her toes. 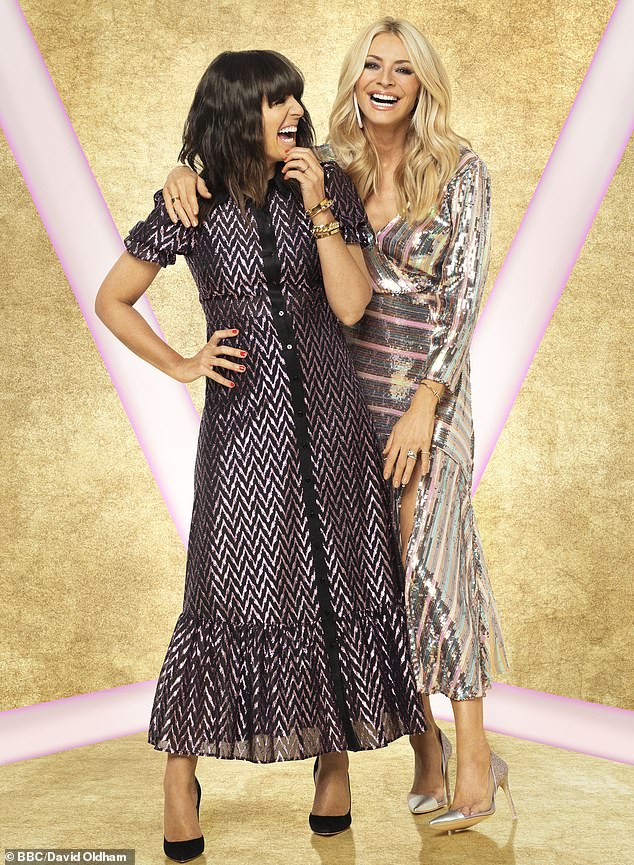 Dream team: The presented has worked alongside Tess Daly, 50, for five years and does not take her position for granted

The brunette beauty has worked on television for over 30 years and is undoubtedly an extremely talented presenter.

However Claudia has put a great deal of her success down to ‘luck’. She said: ‘I feel I have already had too long a run. I am incredibly lucky’.

Her candid chat came after Claudia shocked the studio audience with a string of jokes about aging as she confessed to suffering from water retention, gas problems and finding a grey hair. 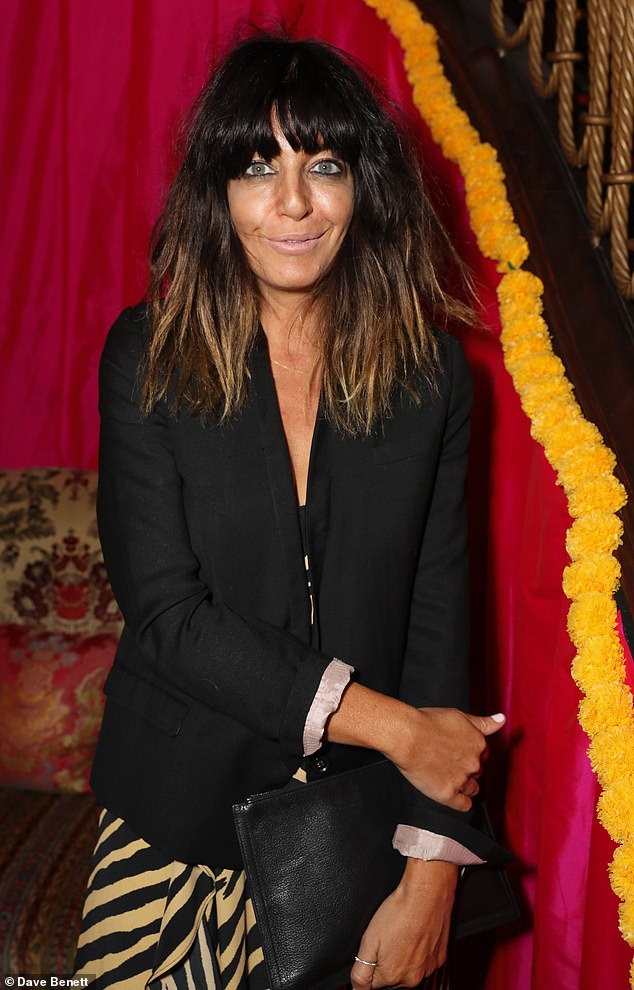 ‘I literally can’t fit in any clothes’: The mum-of-three joked she was wearing eight pairs of Spanx to the Strictly crowd last Saturday night (taken in September 2018)

She told the crowd at last week’s show she was wearing eight pairs of Spanx and was ‘practically unravelling on live TV’ after struggling to fit into her dress.

Claudia, also surprised onlookers at Elstree studios by calling for her co-host to help with her Spanx from backstage.

She said: ‘I’ve got so much water retention, I literally can’t fit in any clothes – that’s why I’m wearing a dress that makes me look like a car wash. I’m wearing eight pairs of Spanx.’ 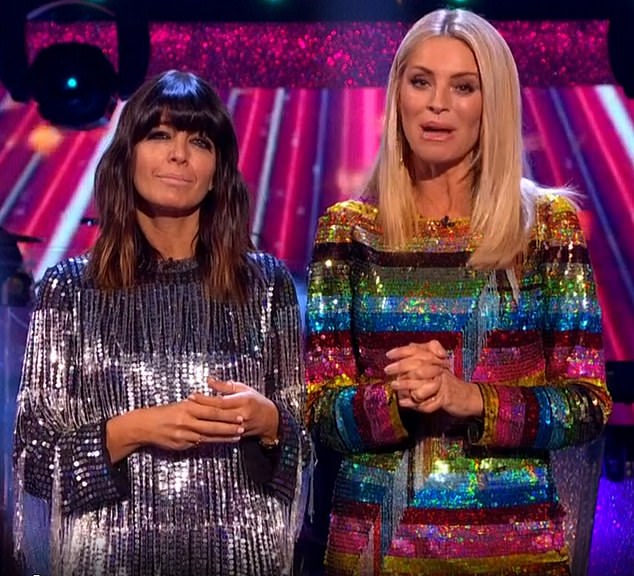 Double act: The 47-year-old, who presents the BBC1 series with Tess Daly, shouted for her co-host to come backstage to assist with her Spanx

Later in the show Claudia, who wore a glitzy fringed dress on Saturday, added: ‘I’ve got so much water retention. I’ve got a gas problem and I just found a grey hair. I’m practically unravelling on live TV!’

From her dressing room she shouted: ‘Tess, come help me with my Spanx!’

Sunday nights result show will air at 7.20 and reveal who will make it through to next weeks final.