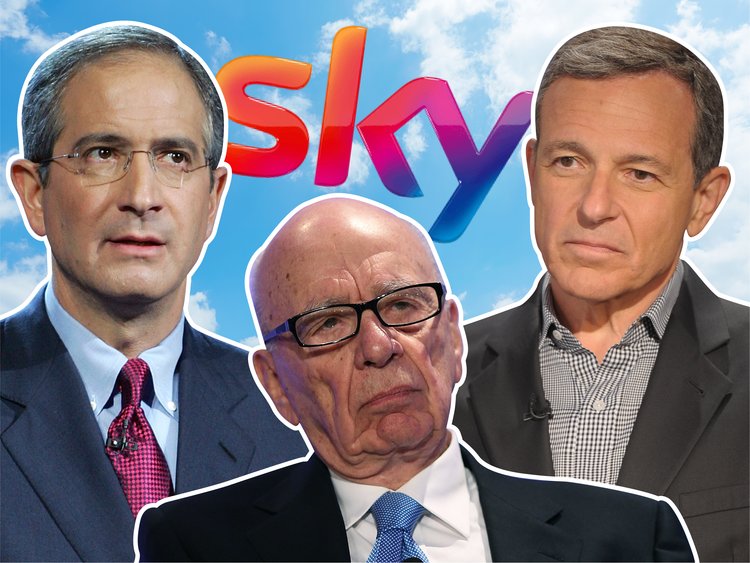 So why are Comcast and Fox locked into a bidding war for Sky?

Both offers for Sky are part of a larger fight between Comcast and Disney to acquire assets from Fox. Fox already owns 39% of Sky, and is bidding for the remaining 61%.

All of those assets will go to Disney if it should succeed in its acquisition plans for Fox.

But Comcast is also very serious about wanting Sky. In fact, it may drop its plans to go after Fox, and solely focus on winning majority stake in Sky, according to CNBC.

So what exactly is Sky?

For perspective, Comcast, the largest cable service provider in the US, serves 22 million video customers and 26 million internet customers.

I thought satellite was dying and customers are cutting the cord on cable?

While cord cutting is a real concern to businesses that that offer cable and satellite-TV services, there is still a market for these products.

“It will go that route eventually, but it’ll be a very long tail,” Greg Williams, an analyst at Cowen, told Business Insider. “There are still a lot of folks that still like the traditional linear experience, especially the older cohorts.”

Williams said cord cutting cuts the cable subscriber base by 3-4% each year with satellite closer to 6-8% a year.

“Satellite is an inferior product to wireline linear television for a couple reasons,” he said. “The main one is you don’t have the bundle.”

This is where Sky has an advantage over traditional satellite companies. UK telecom company Openreach connects nearly all homes in the UK to a national broadband network.

“Sky does sort of have a double play because in the UK … through Openreach; The UK allows Sky to get really good broadband for cheap,” Williams said. “The government allows it for really good rates, wholesale prices so they get the copper connection or even the fiber connection under UK regulation.”

The double play factor, in addition to ‘inferior competition” in the UK, places Sky in strong standing in Europe, according to Williams.


What about competing with OTT?

TV delivered over the internet, or ‘OTT,’ is the future, and all the major media companies realize this. So a play for Sky doesn’t mean Comcast or Disney are attempting to revive a dying business model. They want to use subscribers and create an OTT foothold of their own.

“They know that [Sky’s] 23 million base is slowly depleting, but they can migrate those customer onto next TV platform or some other OTT platform in the future,” Williams said of Comcast.

Having an international footprint is especially attractive to Comcast, which trails Fox and Disney in non-US markets.

With Sky, Comcast would have “this huge international base now that Comcast has been dying to have for quite some time,” according to Williams.

And while OTT consumption is growing around the globe, some experts say that cord cutting in E urope isn’t as extreme as it appears in the US.

What else does Sky own?

Sky provides a strong content portfolio to whichever company eventually acquires it. In addition to the original content it produces, it has the majority of Premier League football TV rights, and exclusive rights to the German Bundesliga. Those exclusive, or majority, sports-viewing rights are attractive to Fox, Comcast, and Disney.

And it may be a long summer of increased bidding before we know which company wins out.