On Wednesday night, just a few hours after a mob of Trump supporters, egged on by President Donald Trump, forcibly broke into the U.S. Capitol, Brittany Aldean shared an image of two of the rioters on her Instagram stories. “Antifa disguised as Trump supporters,” the wife of country singer Jason Aldean captioned it. “Shocker.”

But like much of what the Trump loyalists who stormed the Capitol believe, the information Aldean shared was false. The two bearded men in her post were not members of “Philly antifa,” as a since debunked story in the Washington Times claimed. Instagram knew it too: On Thursday, Aldean’s post was removed, and she took to the platform to complain.

“Instagram wanted me to know that it was against their guidelines to post,” she said in a straight-to-camera video. “It’s getting so ridiculous the filters you put on everyone that’s against your narrative. It’s unbelievable and it’s ridiculous. It’s just really sad what this world’s coming to.”

During a week that has seen both a historic political shift in Georgia and an American insurrection, what a country star’s spouse thinks of the world likely wouldn’t warrant a second look — until you learn that Brittany Aldean has 1.8 million Instagram followers. (By comparison, Grammy-winning country singer Maren Morris has 1.5 million.) An online influencer who posts about hair and makeup products, and a former American Idol contestant, Aldean is at the forefront of a bizarre, emerging trend in the country music sphere: the country-wife political conspiracist.

She is also, arguably, an extension of her husband’s brand, appearing with him on his own social media and on red carpets. Both have posted right-wing memes in the past. When election fraud conspiracies caught fire following the November 7th call for Joe Biden as president, Jason Aldean posted a blue-and-red graph equating Biden and Trump’s urine streams with their vote counts (Biden’s dramatically bounced ahead, an allusion to his late surge in the count, which Trump claimed was a sign of voter fraud).

Brittany Aldean shared a more direct post — asking if the “same people counting the Corona cases aren’t counting the mail-in ballots are they? What a damn shame.” In another post, she appeared in a Trump sweatshirt with the caption “Still my president.” And prior to the election, she suggested her followers watch right-wing commentator Dinesh D’Souza’s film Trump Card, a documentary that peddles dubious theories about the Democratic party and Hunter Biden.

Brittney Kelley, the wife of Florida Georgia Line member Brian Kelley and another fashion designer and influencer, is following her lead. After the election, she posted an Instagram story rife with conspiratorial buzzwords: “There are still a lot of conscious people who’ve done their research at the elite power players behind the candidates & their agendas. This runs deep. May we all unite and prevail against the powers that be.” Earlier in the summer, Kelley amplified the Wayfair child-trafficking conspiracy, which believes kids were being trafficked by an online furniture company, and she and her husband have also questioned if Covid lockdowns were part of some “agenda.” “Curious when we (or if we) will hear about Covid #s rising,” she wrote over an image of people celebrating Biden’s win. “I’m sure, but only when they are ready to lock us down again for their agenda.”

But Kelley has also gone out of her way to say she doesn’t condone the type of violence that occurred Wednesday at the Capitol building. During the uprising, she called for unity and posted a photo of herself holding a flowing American flag in the couple’s convertible Ford Bronco driven by her spouse. “God please protect our Country & the people who fight for our freedom everyday. Praying for peace and unity for all,” she wrote. She elaborated on Thursday in another post: “I do not believe in violence, or mobs/cults rioting or storming buildings. I do not believe ‘patriots’ are the people storming the building.”

It’s not just the wives of contemporary artists who are wading into the political sphere. Theresa Tritt, the wife of outspoken Nineties country star Travis Tritt, has also been unafraid to co-sign baseless theories. Utilizing an account on the social media app Parler as @tstrittkikireese, she’s “echoed” — Parler parlance for “retweeting” — pro-Trump conspiracy posts by the Proud Boys, former NFL star Herschel Walker, and one by a user that contained the hashtags #joebiden, #deepstate and #pedogate. One post featured video of the assault on the Capitol and asked Parler users to “Echo if you support these brave patriots.” Theresa Tritt did.

As for Aldean, she has said she’s representing her followers who are afraid to speak out over fear of losing jobs or friends. “It is disgusting to me that ‘freedom of speech’ applies to everyone but Republicans,” she once posted. But it’s not a Republican-Democrat issue. It’s about an assault on facts and truth, which the Trump administration upended the very week of his inauguration.

Aldean, Kelley, and Tritt — each of them with their own thriving careers and powerful followings — can’t plead ignorance about the content they’re sharing. It doesn’t even matter if they really believe it. The danger is if their followers do. During a momentous time in U.S. history of attempted coups and a pandemic gone unchecked, their messages and scope of influence can be devastating.

At least one of their husband’s peers thinks so.

Asked Maren Morris on Twitter: “How do some singer’s wives conveniently not know the difference between marching for racial injustice and Nazis breaching our Capitol because their guy didn’t win?” 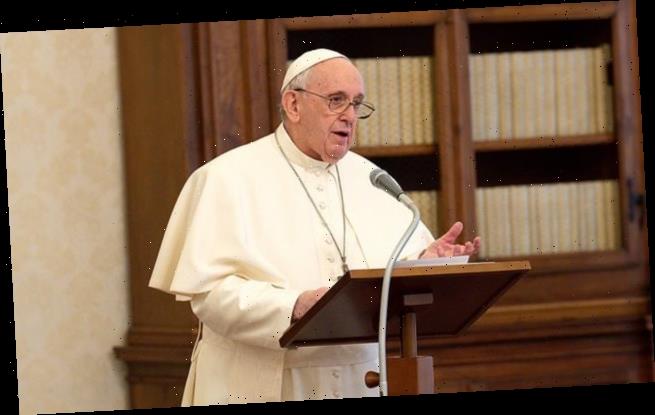 Pope Francis forced to miss Mass due to sciatica 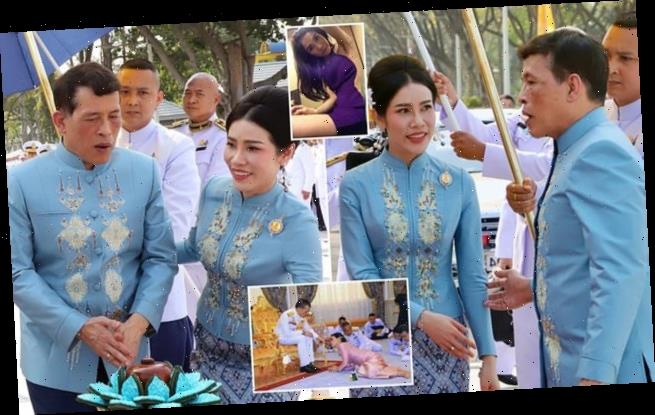 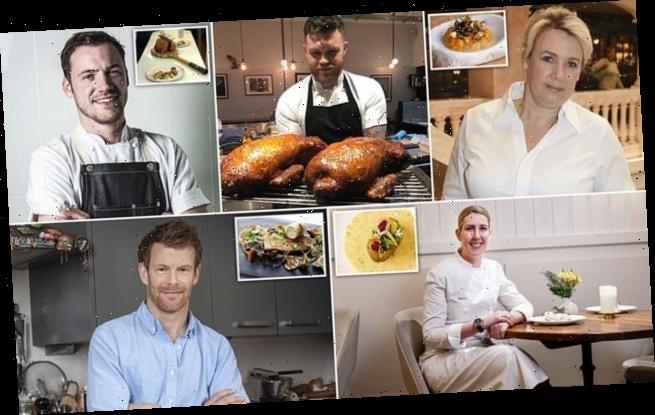