Dame Maureen Lipman stirred up a blistering row last month when she insisted Dame Helen Mirren should not portray former Israeli prime minister Golda Meir in a new film – because she’s not Jewish.

Dame Maureen complained that the choice of a non-Jewish actress to play the legendary premier in Golda was unacceptable.

Writing in a letter to The Guardian, she made the point: ‘If the ethnicity or gender of the character drives the role, then that ethnicity should be prioritised.’ 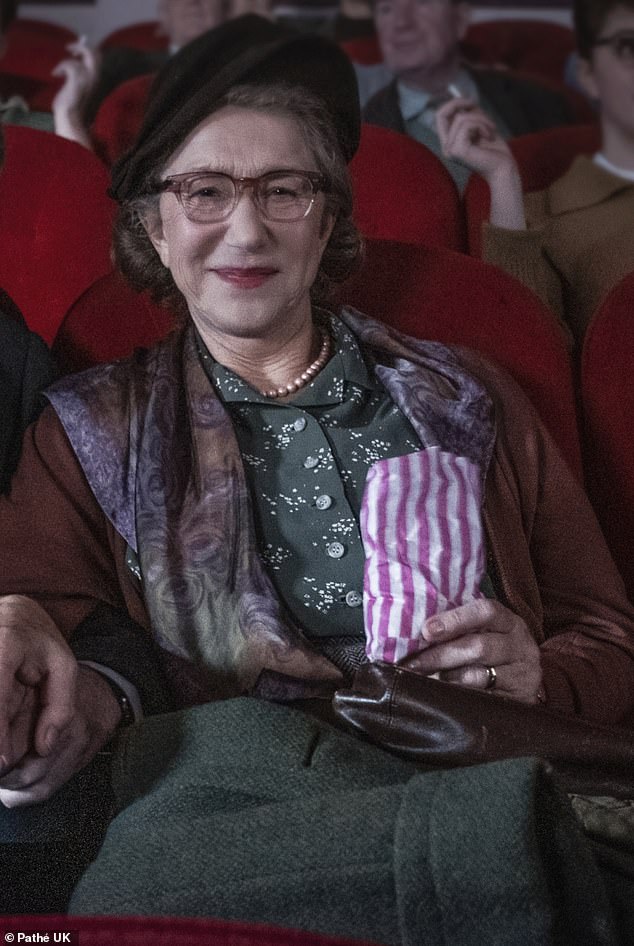 Working class: As charlady Dorothy in her film The Duke

Speaking from the kitchen of her home in Italy, the Oscar-winning star surprised me last night by saying that Dame Maureen was right to raise such a provocative issue.

‘It was certainly a question that I had, before I accepted the role,’ she said calmly.

Meir ‘is a very important person in Israeli history’, the 76-year-old continued. She said she’d even expressed her own doubts to Golda’s director Guy Nattiv, when they were discussing the possibility of her taking the role.

‘I said, ‘Look Guy, I’m not Jewish, and if you want to think about that, and decide to go in a different direction, no hard feelings. I will absolutely understand’.

‘But he very much wanted me to play the role, and off we went.’

She wasn’t at all frosty about Dame Maureen’s intervention. ‘I do believe it is a discussion that has to be had – it’s utterly legitimate,’ she said. 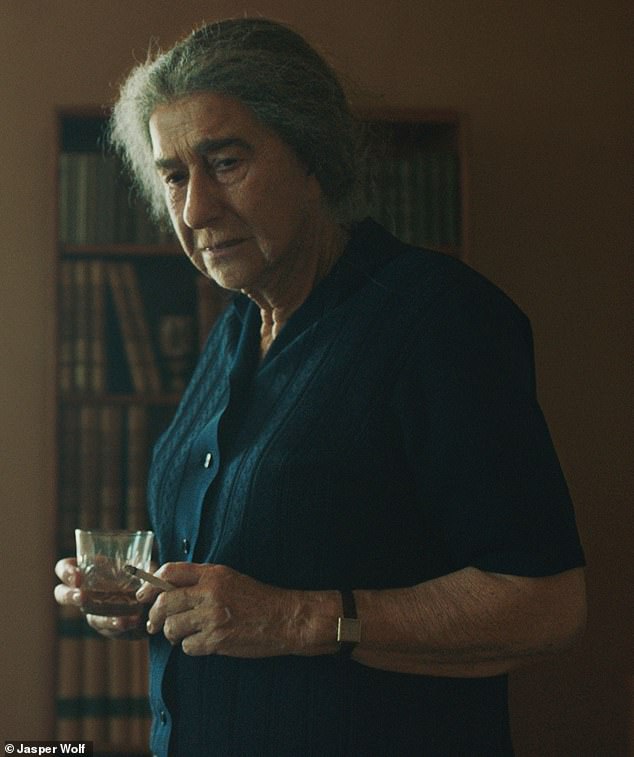 She says casting, particularly these days, can be a can of worms. ‘There’s a lot of terrible unfairness in my profession,’ Dame Helen commented.

‘If there’s an actor who’s disabled, who’s brilliant but has had very few opportunities, and now a wonderful role comes along that’s for a disabled actor, everything being righteous, he or she should have that role.’

Only gay actors being allowed to play gay roles is another casting issue that’s hotly debated. ‘I know actors like Ian McKellen would, I think, take big issue with that,’ she said, carefully, ‘because what happens then if you’re a gay actor? Shouldn’t you be able to play straight parts? Is this really a path you want to go down?’

She did concede, however, that it must be incredibly frustrating for a gay actor ‘to see a straight actor giving, to your mind, a fake, simplistic sort of performance’.

She applauded a sea change in thinking, in the theatre and film, in recent years which has allowed for some truly ground-breaking moments. She cited the case of Glenda Jackson, ‘who can now play King Lear’, and the black actor Adrian Lester, ‘who can play Henry V, and reveal new understandings about the play’.

When she was younger, starting out in the late Sixties, the whole idea of casting was very rigid: A brown or a black face could not possibly be allowed to play Hamlet. ‘He was Danish! That sort of attitude – thank God that’s gone out of the window.’

Our conversation stirred a memory from what she termed her Shakespeare era, when she would have loved to have played Hamlet herself. She remembers standing in the wings, mouthing the ‘profound and beautiful’ words as Alan Howard gave his performance as the Dane in a 1970 RSC production directed by Trevor Nunn.

‘I so wanted to play Hamlet,’ she said longingly. But it would have been impossible back then. ‘When I was of that age, no girls did play Hamlet – and then things changed, and I think it’s fantastic. Women can play Hamlet! It’s a question of opportunity.’

And what of Dame Helen, born Illiana Lydia Petronova Mironova, into emigre Russian aristocracy in London? Does that give her the right – as a member of a high-born family – to portray Elizabeth II, as she did in The Queen? Or disqualify her from playing a simple working woman as she does in her new film, The Duke.

It’s an art theft caper in which she stars alongside Jim Broadbent, who plays the great British eccentric Kempton Brunton – a retired bus driver who stole a portrait of the Duke of Wellington from the National Portrait Gallery in 1961. It’s a true story, in which Mirren plays Dorothy, his charlady wife.

The Duke – which opens here at the end of this month – is set in Newcastle where, Dame Helen points out, she’s not from. ‘I’m from Essex. Can an Essex girl play a woman from Newcastle?’ she teased. ‘I’m sure there’s a lot of fabulous lasses from there who would object to my portrayal!’

Chats: On the issue of playing Golda Meir, Dame Helen says she hasn’t been in touch with Dame Maureen, nor has she heard from her

When I visited her on the film’s set she was padded out to look plumper, as she set out to clean front door steps and sweep the scullery. In real life, she swears she actually enjoys cleaning (she told me she’d scrubbed down ‘all the surfaces’ in her Italian kitchen before our Zoom chat). She also gets a kick out of vacuuming – ‘Love my little Dyson,’ she exclaimed.

On the issue of playing Golda Meir, Dame Helen says she hasn’t been in touch with Dame Maureen, nor has she heard from her. ‘I very much respect Maureen,’ she said. ‘And I love her as an actress, absolutely. I’d love to bump into her and sit and have a cup of tea and talk about it,’ she added. Dame to dame, I suggest. At which she laughs.