Dan Walker, 43, presents BBC’s Chase the Case, a strategy gameshow where five contestants trade their general knowledge for information to win money hidden in briefcases. The show aired late last year with repeats currently being played on BBC Two. Amid the nostalgia, Dan was reminded of one answer that really made him laugh.

A viewer had tweeted a clip of the memorable answer that Dan said he “really enjoyed.”

In response, the presenter said: “The magic of #ChaseTheCase It’s BBC2 in the afternoons at the moment for your televisual enjoyment #GermanShepherd.”

In the clip Dan read out the hint to the five contestants: “I featured in the London 2012 Olympics opening ceremony, in a video clip of an infamous broadcasting moment. I worked for the Met Office from 1962 to 2004…” He was stopped by a buzzer from contestant, Paul.

He may have thought his quick answer was well thought out, but it left the rest of the team and Dan bewildered. 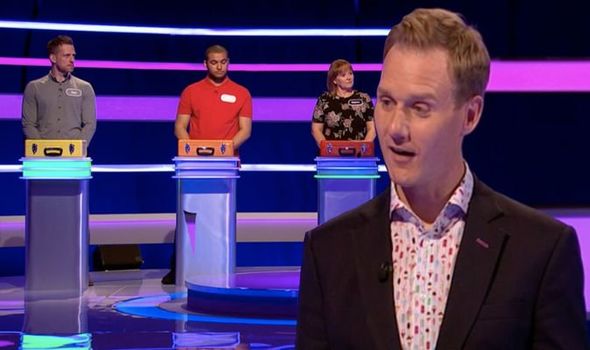 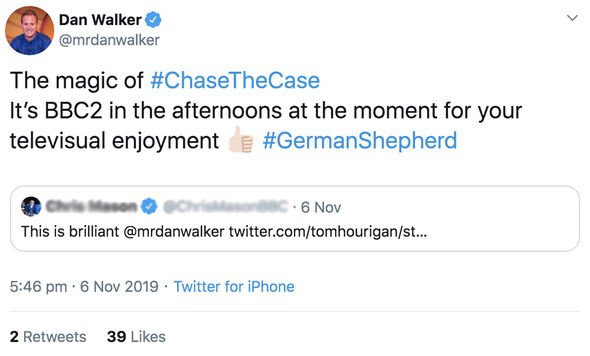 There was a short pause after Dan confirmed the answer was wrong, before he burst out laughing: “I’d like to see a German Shepherd work at the Met Office.”

“As much as I enjoyed that answer, you’re frozen out,” he giggled.

His followers also weighed in: “The memory, Ah yes, who can forget the time that German Shepherd incorrectly informed us there wouldn’t be a hurricane,” one user joked.

Another quipped: “I’m laughing out loud.”

It can only be assumed that Paul vaguely knew that the answer included an animal’s name, as Michael Fish was the correct answer. 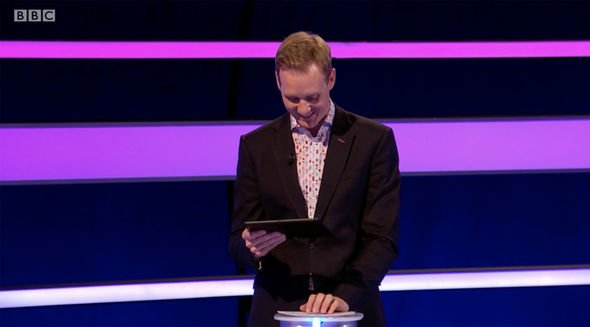 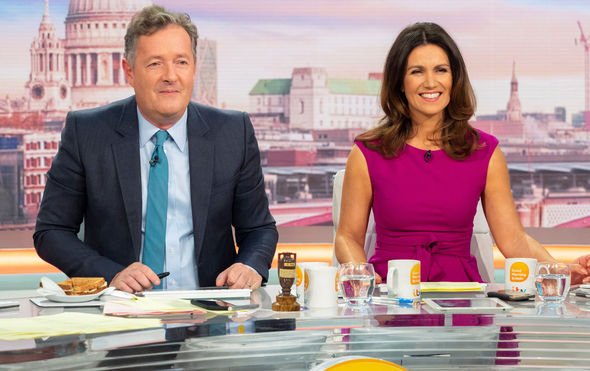 While Dan was reliving his game show memories, the rest of his Twitter feed seemed a little dry yesterday as he took a break from his BBC hosting duties.

But it wasn’t long before drama surfaced between him and his ITV breakfast rivals but this time it was Susanna Reid’s Daily Mail column that ruffled a few feathers and not his usual nemesis, Piers Morgan.

The BBC Breakfast host lashed out at his rival female counterpart for her comments about cattiness between male TV presenters.

Referencing Dan and her co-star, Piers, Susanna addressed their regular online Twitter spats that usually turned nasty, claiming that male presenters are worse than their female colleagues at “getting away with publicly bashing each other.”

This sly dig triggered the BBC presenter to respond, assuring her that the insults she referred to in her column “only come one way”.

In his first tweet on the issue, he said: “Interesting. With the greatest respect @susannareid100the insults that make you ‘shudder’ only really come one way. I enjoy the friendly competition with your programme. It keeps us all on our toes and normally stays within the bounds of gentle fun. See you soon.”

He continued to exclaim that he doesn’t “put colleagues down” and that he isn’t “not supportive” of his co-workers, to which Susanna replied: “I didn’t for a moment suggest this. My reference to you was solely in relation to how you and Piers speak to each other online.”

He soon apologised for “misreading” her intentions but it wasn’t long before, Piers got involved.

Calling Dan a “disingenuous, over-sensitive little snowflake,” he said: “It gets worse… cool your jets Saint Daniel, she was talking about me & you. We all know how kind & supportive you are to your female work colleagues – because you never stop telling us! Oddly, they’re not quite so verbose about it…”

Chase the Case airs weekdays at 4pm on BBC Two. What is All Lives Matter and how did the movement start? Man, 30, appears in court for murder of 12-week-old baby boy in Cambridgeshire – The Sun
Celebrities Posts Investigation launched into welfare of YouTuber Myka Stauffer's 'rehomed' son
We and our partners use cookies on this site to improve our service, perform analytics, personalize advertising, measure advertising performance, and remember website preferences.Ok