BBC Breakfast host Dan Walker, 43, took to Twitter and slammed people for making “vile jokes” about Boris Johnson’s condition. It comes following the news the Prime Minister has spent the night in intensive care at a central London hospital after his coronavirus symptoms worsened.

Dan wrote in view of his 631,000 Twitter followers: “For those sending around vile jokes about the Prime Minister in ICU… please remember the words of The Queen last night:

“I hope in the years to come everyone will be able to take pride in how they responded to this challenge. Show some class.”

He accompanied the heartfelt message with a picture of the Prime Minister. 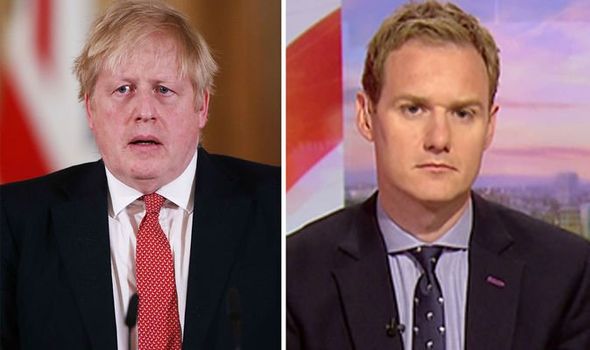 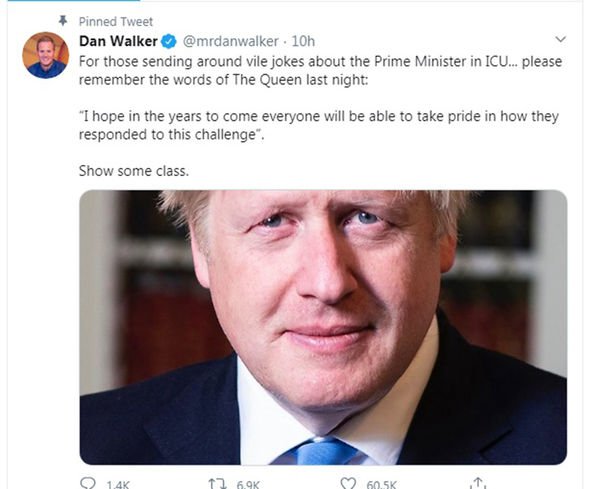 One person tweeted: “Totally disagree with his politics but anyone not wishing him well… disgusts me.”

Another person commented: “Politics irrelevant. Good wishes to Boris and his family.”

While a third person added: “Exactly this. I am so appalled by some of the responses #whathappenedtobekind #PrayForBoris.”

“Plain human decency would do,” a social media user remarked. 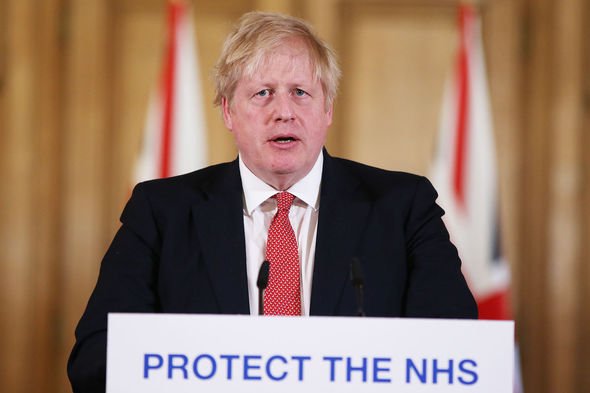 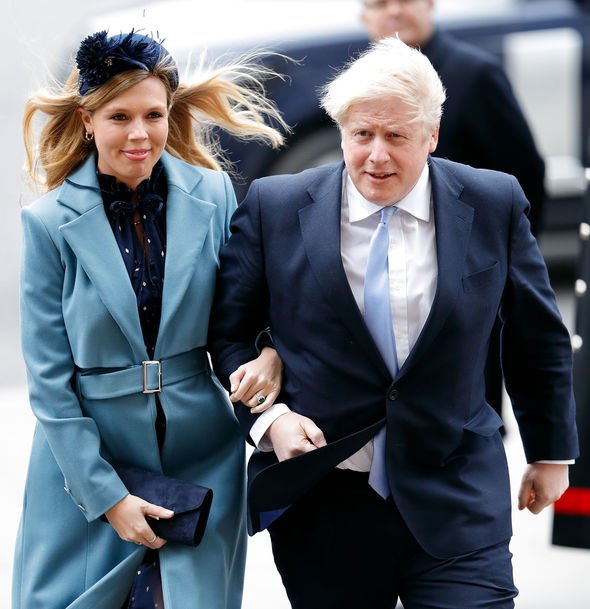 Dan followed up his tweet with a message to the Prime Minister as the broadcaster admitted he “struggled to sleep” last night.

The small-screen star wrote: “The Prime Minister moved to intensive care. Really hope he comes through this.”

He also advised his followers that BBC Breakfast viewers will get the latest information on Boris Johnson’s condition on the show today.

Dan wrote: “On #BBCBreakfast in the morning: The latest on @BorisJohnson’s condition. Special report from inside an ICU & 2 patients who have fully recovered. Paramedics on the front line and @Cmdr_Hadfield, @SiyaKolisi_Bear & The Marsh family. See you from 6am.”

Downing Street said Boris was moved to the intensive care unit on the advice of his medical team and was receiving “excellent care”.

The Prime Minister was given oxygen late on Monday afternoon, before being taken to intensive care.

He was moved as a precaution so he could be close to a ventilator – which takes over the body’s breathing process.

Boris was initially taken to hospital for tests after announcing 11 days ago that he had the coronavirus and his symptoms included a high temperature and a cough.

He tweeted on Monday: “Last night, on the advice of my doctor, I went into hospital for some routine tests as I’m still experiencing coronavirus symptoms. I’m in good spirits and keeping in touch with my team, as we work together to fight this virus and keep everyone safe.”

Boris’ fiancée Carrie Symonds, who is expecting the couple’s baby, also said she has been suffering from coronavirus symptoms.

She tweeted: “I’ve spent the past week in bed with the main symptoms of Coronavirus.

“I haven’t needed to be tested and, after seven days of rest, I feel stronger and I’m on the mend.”