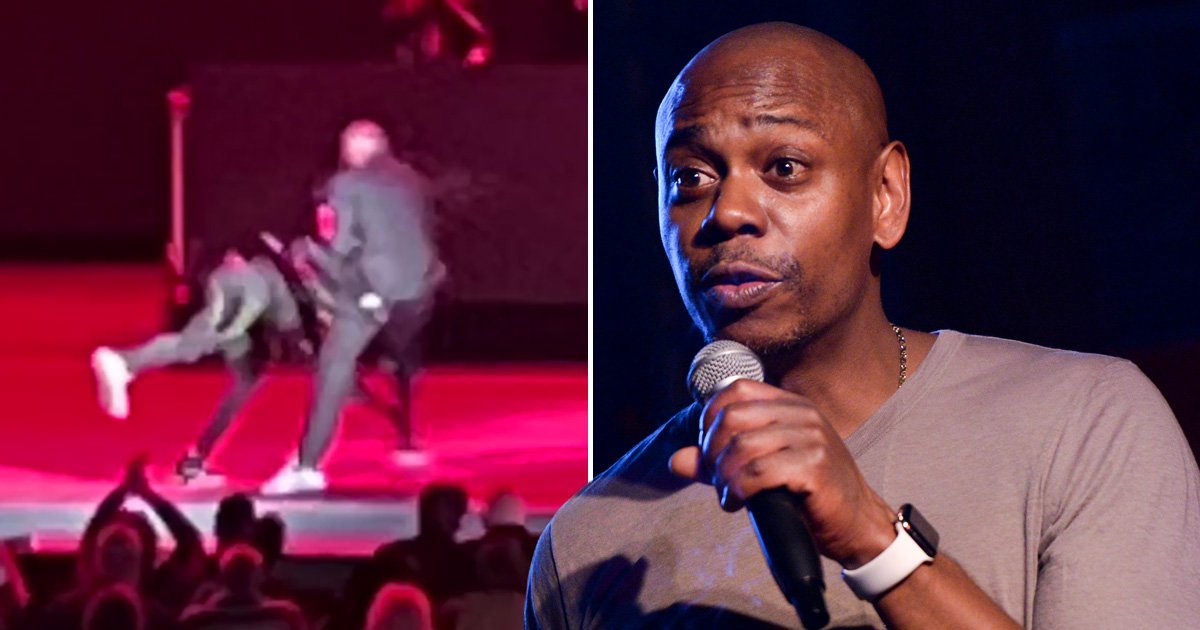 A man accused of attacking comedian Dave Chappelle on stage will not be pursued for felony charges, it has been confirmed.

The Los Angeles County District Attorney’s Office stated today it has decided not to pursue felony charges after the incident at the Hollywood Bowl on Tuesday.

However, it has referred the case to the Los Angeles City Attorney’s Office, which will consider possible misdemeanour charges.

Chappelle was performing a stand-up routine at the Hollywood Bowl as part of the Netflix Is A Joke tour when a man – named by LAPD as Isaiah Lee – stormed the stage and tackled him.

The LAPD later confirmed that a 23-year-old man was arrested and charged with assault with a deadly weapon after the incident.

It is understood he was carrying a replica gun with a knife blade inside when he lunged for the star.

‘After reviewing the evidence, prosecutors determined that while criminal conduct occurred, the evidence as presented did not constitute felony conduct.

‘The District Attorney’s Office does not prosecute misdemeanour crimes within the city of Los Angeles.’

Shocking scenes from the show saw Chappelle 48, coming to the end of his stand-up routine in LA when he was approached by Lee.

Video footage appears to show Lee rushing him from the side before actor Jamie Foxx leaped on stage to offer assistance.

The Django Unchained actor, who was watching the show from the wings, jumped to action and detained the attacker while the comedian quickly recovered.

Foxx, meanwhile, told audiences, referring to Chappelle: ‘This guy is a genius, we’ve got to protect him at all times, man. This is what it’s about.’

‘For every comedian that comes out here, this means everything. You’re a genius, you’re a legend.

‘I enjoyed myself thoroughly and we’re not gonna let nothing happen to you.’