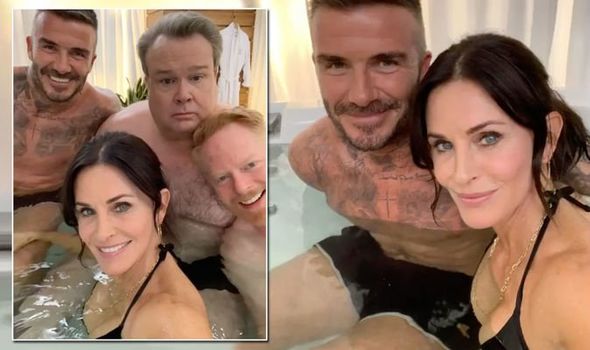 The famous duo put on a cosy display in a hot tub while filming scenes for an upcoming appearance in American TV show Modern Family.

In the picture, which the actress shared with her 5.4 million Instagram followers, the pair can be seen relaxing in the water in their swimsuits.

Another picture shows Courteney, who was sporting a black string bikini, with her arm on David’s leg as she poses for a picture with the stars of the show.

They were joined in the hot tub by on-screen couple Eric Stonestreet, 48, who plays Cameron Tucker and Jesse Tyler Ferguson, 43, who portrays his husband Mitchell Pritchett.

Eric, who has been on the show since it first aired in 2009, said: “I liked it”, when he took to the comments section of the picture.

Jesse, joked: “Sorry I was so gassy”. 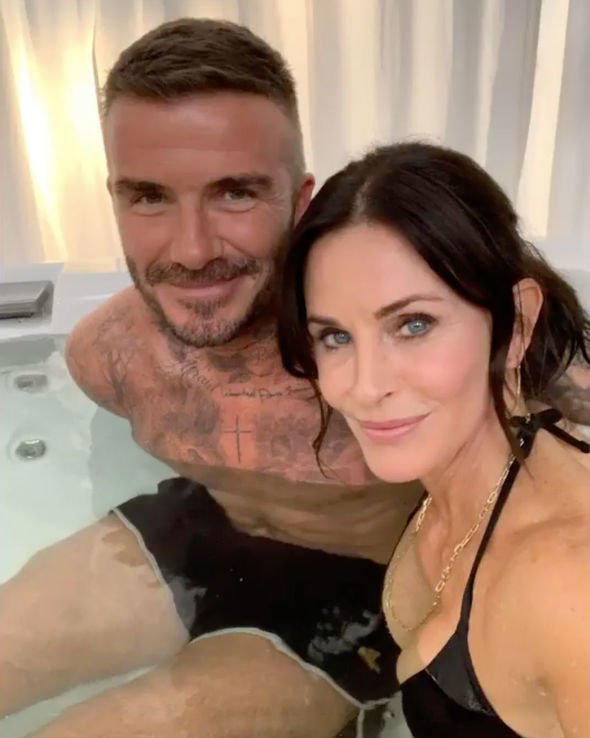 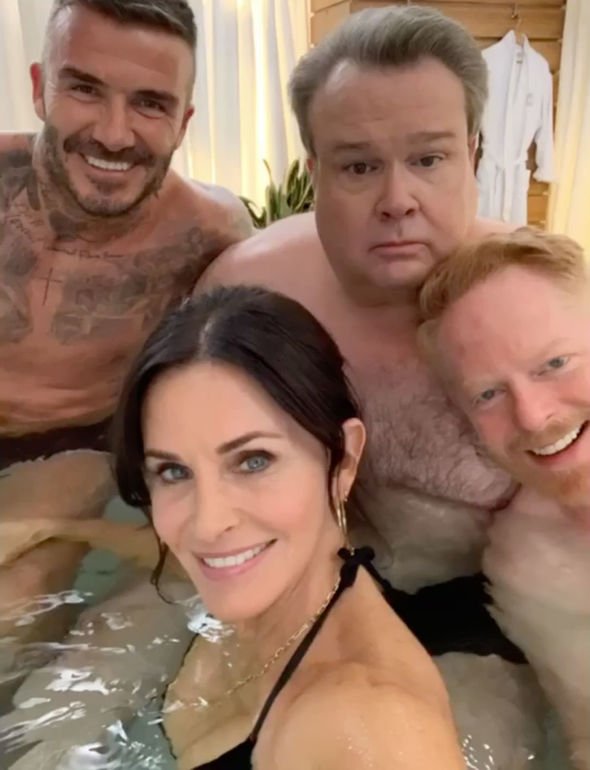 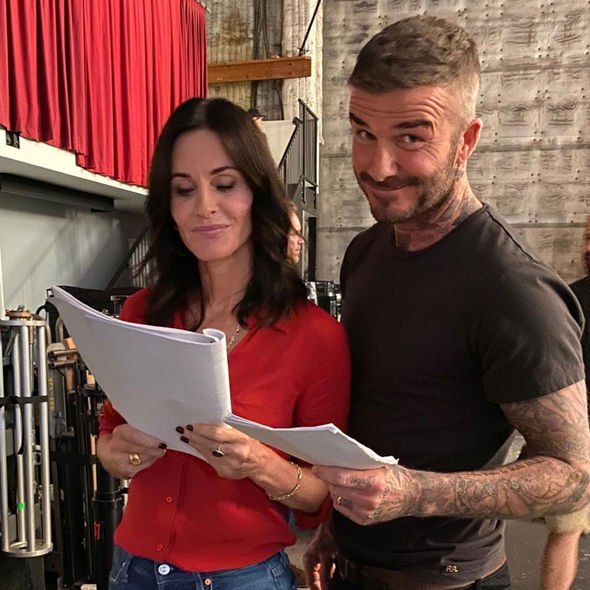 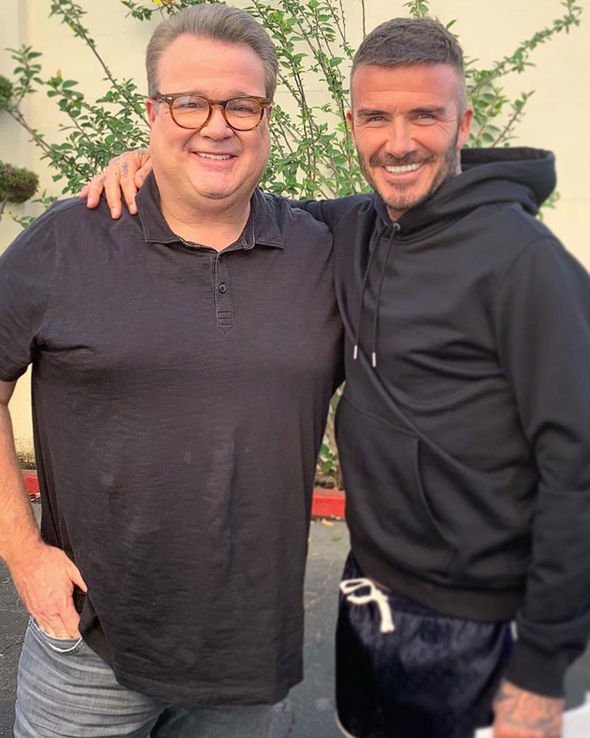 Not long after Courteney shared her picture on social media, Father-of-four David, who is married to fashion designer Victoria Beckham, 45, shared a picture from the set of the TV show.

This time the pair were fully-dressed in casual attire and holding scripts.

Sharing a picture of himself with guest star David on his own Instagram account, in view of 1.6 million followers, Eric said: “Happy to have my ole pal and former @manchesterunited teammate @davidbeckham guest star on an upcoming episode of modern family. @courteneycoxofficial was there too. As was @jessetyler and others.