Dawn French details plans to return to her trademark bob

‘I’m curious to see what it might look like grey!’: Dawn French, 64, details plans to recreate her trademark bob after ditching the hair dye in lockdown

Her black bob was once the hallmark of her appearance.

And while Dawn French may have let her natural grey come through after struggling with the upkeep of dying during lockdowns, she hasn’t ruled out returning to her trademark coiffure, something she detailed to Good Housekeeping in a new interview.

Of what motivated her to go au natural, the 64-year-old comedian told the magazine: ‘The real trigger came during the lockdowns when I was dying my hair myself, and I just couldn’t be bothered to keep doing it, so I let my natural grey come through. 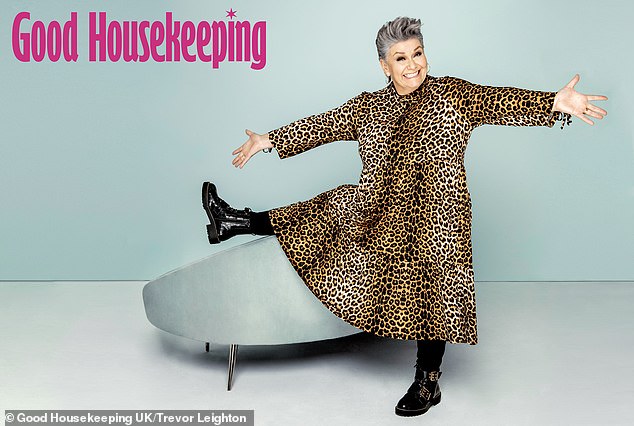 ‘I’m curious to see what it might look like with a good strong grey!’: Dawn French has detailed plans to grow out her quiff and recreate her trademark bob

Admitting to cutting her own hair – much to her hairdresser’s alarm – Dawn continued: ‘It’s much shorter than I’m used to now and I do have certain “grr” moments when I’m going out and I don’t know how to style it – I would literally give my old hair 13 minutes of my time each day.

‘But the plan is to grow it again like my old hairstyle. I’m curious to see what the bob might look like with a good strong grey.’

In other talking points, The Vicar Of Dibley star spoke of returning to live comedy with her ‘controversially-titled’ one-woman show. 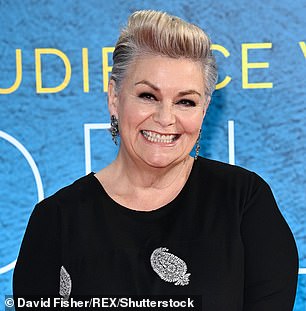 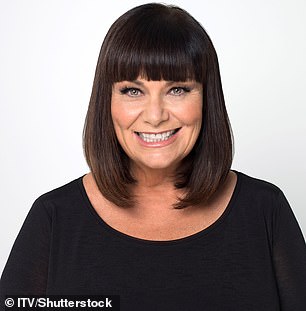 Difference: The comedian, 64, let her natural grey come through after struggling with the upkeep of dying during lockdowns (left, November 2021, right, April 2018 with her trademark black bob) 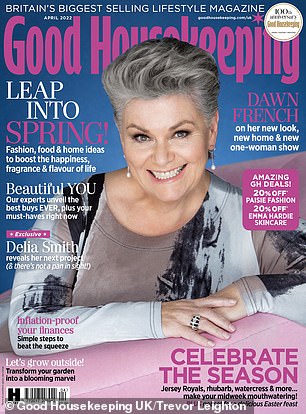 Interview: Dawn talked to Good Housekeeping about 100 years of change, embracing grey hair, and returning to live comedy this year with a one-woman show

‘It’s called Dawn French Is A Huge T**t. It’s an evening of me telling stories of times when I’ve been a bit of an idiot, where I’ve misunderstood or misheard something, or got something hideously wrong during my career,’ she explained.

When quizzed on what she deems to be the greatest change in women’s lives in the last century, she responded with contraception, owing to it giving women ‘freedom and control.’

Greater respect is a change she would still like to be implemented.

She said: ‘There would be equal pay if women had respect, and you would be believed about abuse.

‘Women deserve respect for so many reasons because we are mighty. We’re starting to be heard more – and that needs to continue.’ 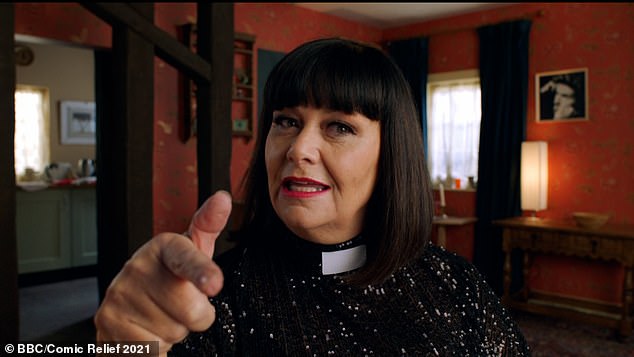 Laugh-a-minute: In other talking points, The Vicar Of Dibley star spoke of returning to live comedy with her ‘controversially-titled’ one-woman show (pictured 2021)

While on the topic of empowering women, the BAFTA Fellowship winner hailed her mother Felicity Roma ‘strong and fearless.’

‘She was a pioneer when it came to changing the lives of young women with drug and alcohol issues, and she founded a recovery centre in Plymouth called Trevi House.

‘Alone as a widow from a very young age, she was strong and fearless. If I had a quarter of her strength, I’d be grateful,’ she added thoughtfully.

The April issue of Good Housekeeping is on sale from 24 February. 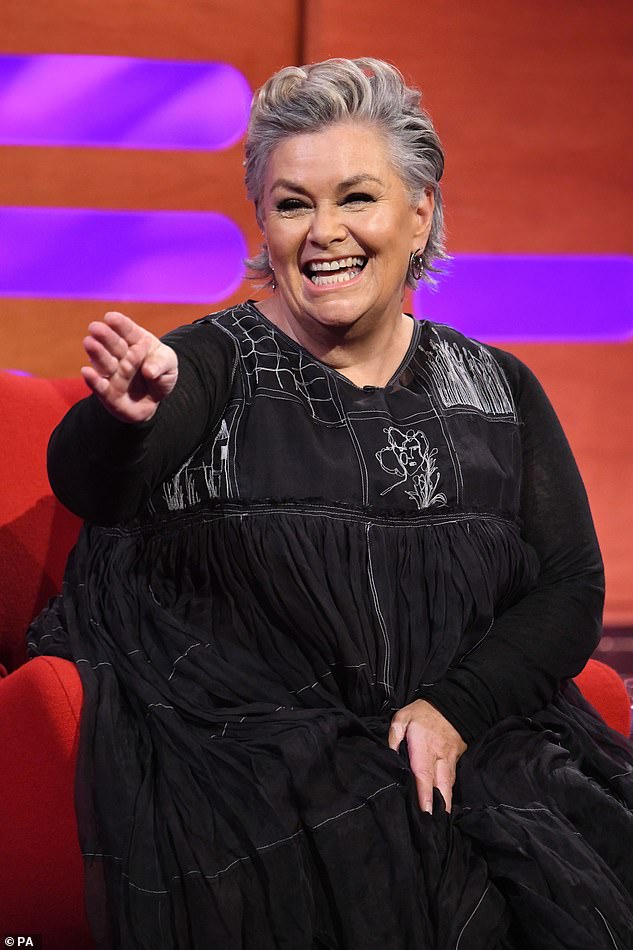 Reflecting: While on the topic of empowering women, the BAFTA Fellowship winner hailed her mother Felicity Roma ‘strong and fearless’