Putting his foot down. Dean McDermott stood up for wife Tori Spelling after she faced backlash for charging nearly $100 to video chat with fans.

The Slasher star, 53, took to Instagram on Wednesday, April 8, to address the controversy and scolded haters for “dragging” the BH90210 alum, 46, when she was simply “providing for her family.” McDermott expressed his disappointment in the fans who reacted negatively to the expensive opportunity to virtually meet her, wagging his finger at the camera as he recorded his message.

“I find myself having to come to my wife’s defense yet again. I’m really disappointed because she’s catching flack and being dragged for doing a live meet and greet. People are upset that given the current situation we’re in — in the lockdown for the coronavirus — that she’s charging people money to do a meet and greet,” the former Chopped Canada host began. “A company approached her and thought, ‘Hey, what a great idea,’ because everyone’s on lockdown and everyone needs entertainment. Why not have a meet and greet to bring some levity and some fun and some humor and love to this situation?”

When Spelling announced her video chat project two days prior, fans were quick to accuse the actress of “selfish” behavior during a worldwide pandemic. After attempting to reserve one of the 20 spots available to meet the True Tori alum, one fan called her out for “still thinking how to gain money from us” while “people are dying.” Others, however, recognized that Spelling was just trying to keep her family afloat in this uncertain time.

“She has no job to go to, so why can she not work from home and do a live meet and greet with fans and give them some light and love, and have some fun?” McDermott asked in his defensive video. “There are numerous celebrities out there that post stuff and influencers who are out there making money every single day. But no, let’s drag Tori Spelling, let’s give her a hard time.” 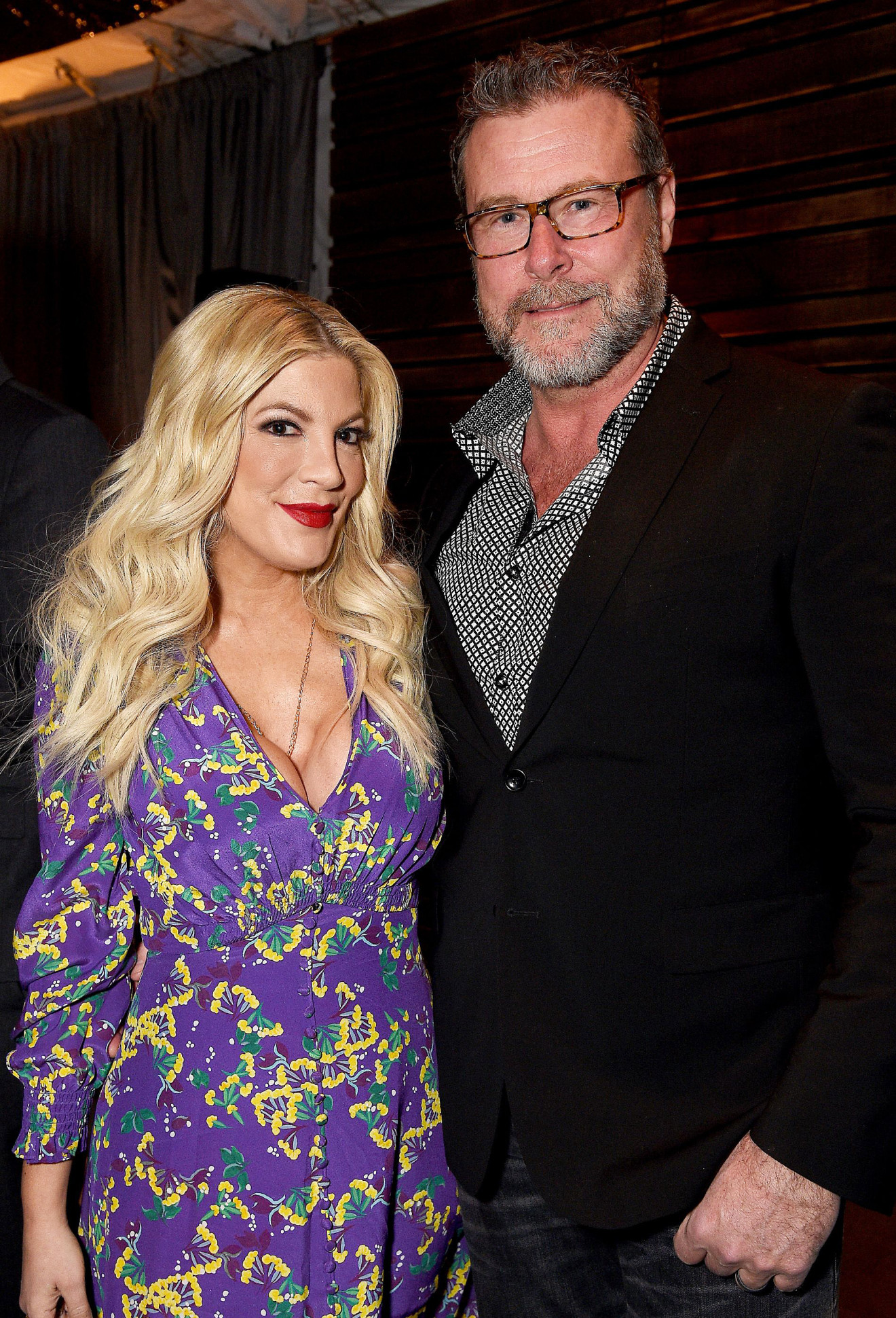 As he continued to respond to the backlash against his wife, McDermott raised his voice and jabbed an accusatory finger toward the camera. “My wife is one of the hardest working women in the business,” he added. “She is simply providing for her family so everybody needs to back off and just take a breath and relax. I don’t know how many times I’ve had to come on here and tell people to chill out … Tori Spelling always, always gets the haters and gets dragged.”

Earlier this year, Spelling took heat for a photo of her 8-year-old daughter, Hattie, that some fans thought was culturally insensitive. “Hattie has become McQuisha in her Cheeto extension nails!” the 90210 star captioned a photo of her daughter in a green bandana with Cheeto dust all over her fingers. At the time, Spelling was forced to apologize for what appeared to be a racist joke.

“I should have thought about how it could have been perceived and misconstrued before I posted. I did not.” she explained in March. “I’m truly sorry.”

McDermott and Spelling tied the knot in May 2006 and renewed their vows four years later. Along with Hattie, they share kids Liam, 13, Stella, 11, Finn, 7, and Beau, 3.