Demi Lovato Jokes About Getting Unengaged at People's Choice Awards

Demi Lovato is giving the people what they want! The 28-year-old singer hosted the E! People’s Choice Awards on Sunday and she didn’t hold back when it came to poking fun at herself a bit during her opening monologue.

The songstress took the stage in a stunning ensemble and a bright smile and stood between two massive walls of screens showing the night’s virtual audience, who were all watching the ceremony remotely

“I am so excited to be here tonight because honestly this year has been the longest three years of my life,” Lovato joked. “Don’t get me wrong, it started out amazing. I performed at the GRAMMYs and sang the national anthem at the Super Bowl. But then, COVID hit, and everything shut down.”

“So I did what everyone else did, I went into lockdown mode, and got engaged,” Lovato continued, referring to her whirlwind and short-lived engagement to Max Ehrich. “I got into painting, photography, meditation, tested the limits of post mates unlimited. Also, I didn’t know this could happen, but reached the end of Instagram four times. I binged seven seasons of Pretty Little Liars, got unengaged, then went looking for aliens in the desert.”

“So basically the same as everyone else,” she added with a laugh.

Before taking the stage to open the show, Lovato lit up the carpet in a fiery, red sequined ensemble that absolutely shined. 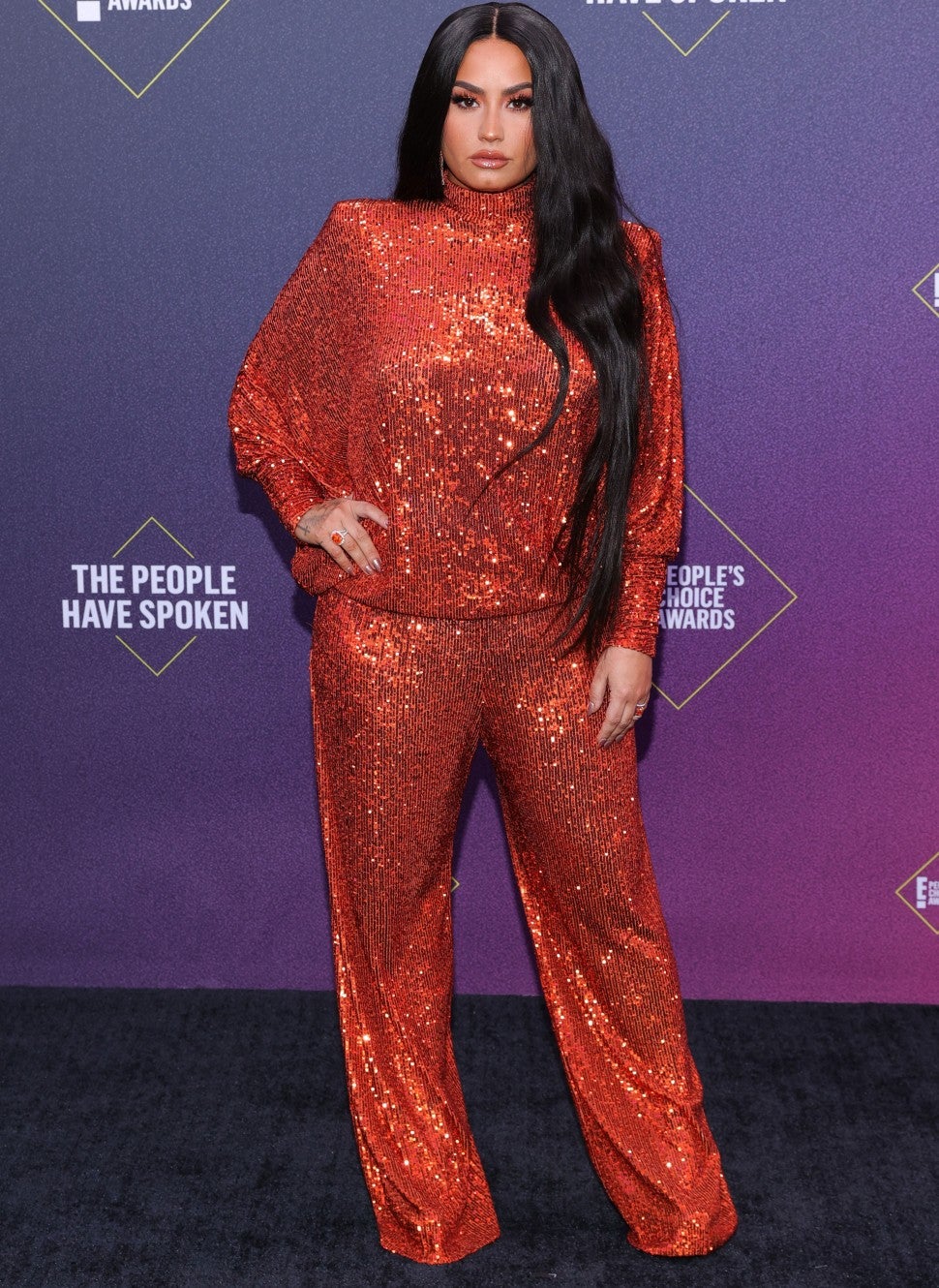 Lovato herself is a five-time E! People’s Choice winner, with 12 nominations to her name. Earlier this week, Lovato opened up on Late Night With Seth Meyers about looking forward to hosting the show.

“This is actually the awards show that’s always meant the most to me. [The people] are the ones that get to vote. They are the ones casting the decision,” she said. “And it’s not up to some academy that’s political or whatever. This is up to the people and that’s what this year’s been about, listening to the people. Finally, we’re doing it again, but it’s going to be less pressure and more fun.”

It’s been a year of ups and downs for the Disney Channel alum, who kicked off 2020 with headline-making performances at the GRAMMYs and the Super Bowl. She’s released several new singles including “Anyone,” “I Love Me,” “I’m Ready” and “Commander in Chief.”

In her personal life, she met and started dating Young and the Restless actor Max Ehrich in March. In July, he proposed, but just two months later, she called off their engagement.

Lovato has been focusing on her friends, family and new music. She released the song “Commander in Chief” in October with a pointed political message, giving a powerful performance at the 2020 Billboard Music Awards that same week.