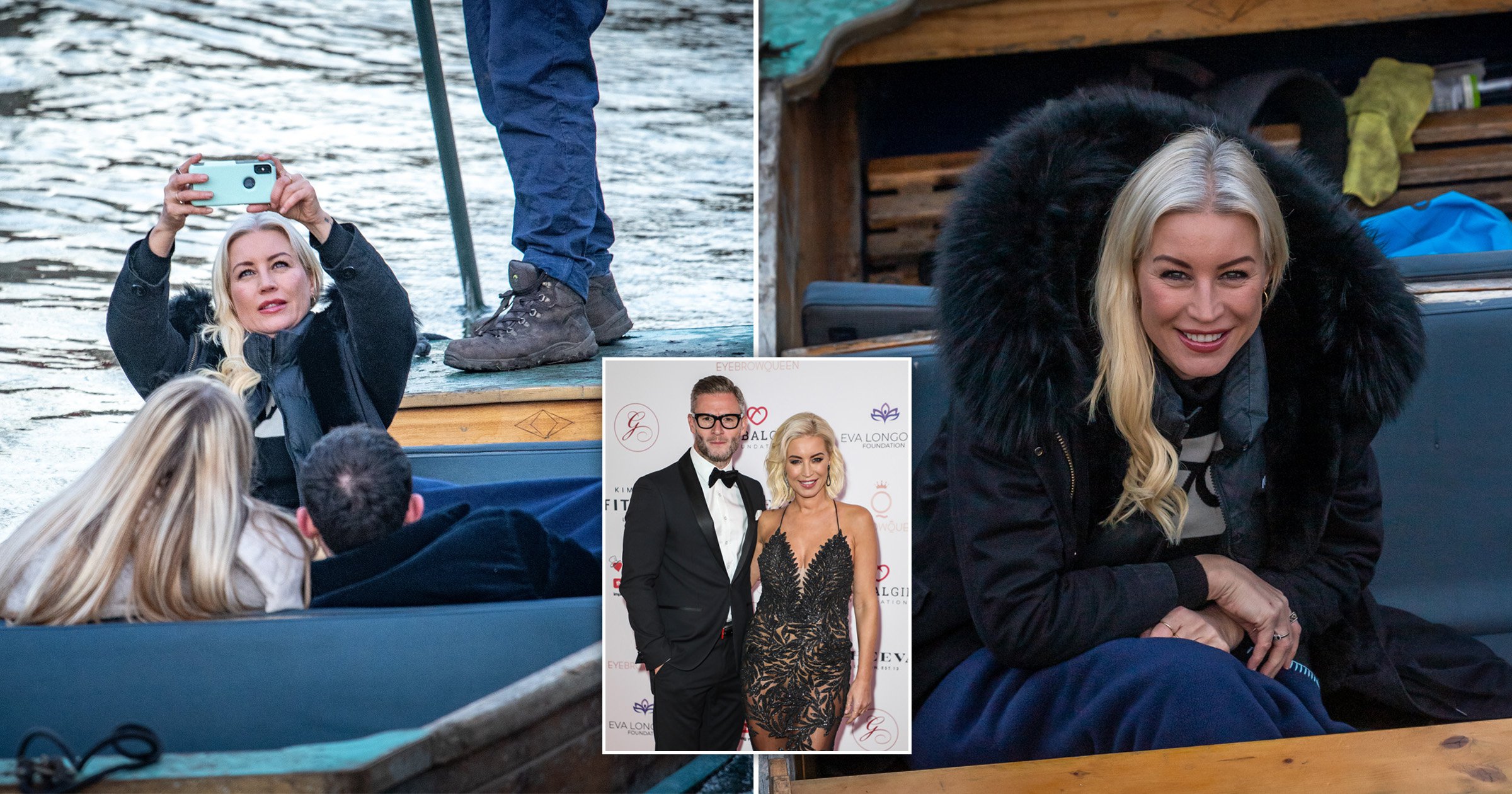 Denise Van Outen got out into the great outdoors this weekend as she took a boating trip with friends following her split from Eddie Boxshall.

The former Big Breakfast presenter was spotted enjoying a cruise along the River Cam in Cambridge on Saturday with a couple of friends.

Despite the frosty chill, Denise, 47, was in great spirits and wore a huge smile – and wisely two layers of coats with a blanket – as she chatted to friends and took pictures of the scenery.

No doubt the TV star enjoyed the downtime after dealing with her split from fiance Eddie, who she had been with for seven years.

Denise announced their break-up in an Instagram post earlier this month, explaining: ‘Over the past couple of months, there has been much speculation regarding my relationship with Eddie. It saddens me to confirm that we are no longer a couple.’

She continued: ‘I had to make the difficult decision not to continue in our relationship. I will always treasure the good times we spent together, and the memories made.’

It was later claimed that Eddie, 47, hoped to win her back and rekindle their romance.

A reason was not given for their separation but according to an insider, Eddie isn’t ready to call it quits just yet and is going to great lengths to win Denise back.

The source told The Sun On Sunday: ‘Eddie is convinced he can win Denise back and isn’t willing to throw away all of their memories together. He’s pulling out all the stops to save their relationship.

‘He feels terrible and pained that she’s hurting… He’s not willing to accept it’s over for good.’

They added that Eddie feels they are ‘the perfect match for each other’ but is ‘keeping his distance for now’ to give Denise space.

Eddie had regularly appeared with Denise on the celebrity Gogglebox spin-off since 2020, but he was reportedly axed from the next series.

The commodities trader hasn’t spoken out about the split directly but he did post a photo of a white banner, with the words ‘Don’t Believe Everything You Read’ written across it.