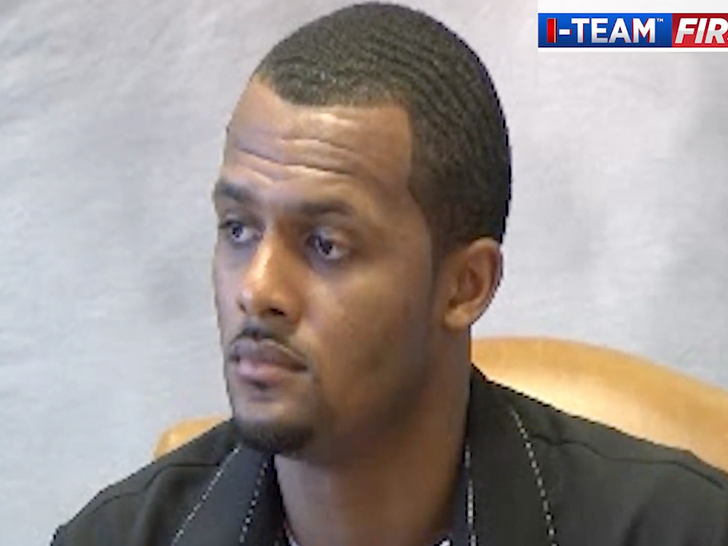 Deshaun Watson was grilled by an attorney during a deposition in Texas … responding to questions about claims he was sexually inappropriate with over 20 female massage therapists.

The 26-year-old Browns quarterback recently sat for the depo in the Lonestar state earlier this month … and now, several excerpts from the session have been posted by FOX 8 in Cleveland.

To say Deshaun answered the questions may be a bit of a stretch … the Pro Bowl QB seemingly did a lot of dancing and dodging.

Questions included why he reached out via Instagram for appointments, whether the massage therapists were actually licensed or why he would allegedly drive 30 minutes out of town to meet at a woman’s mother’s house for a rub down.

Watson says the Houston Texans were not made aware of his numerous appointments … and when he was asked if he reached out to massage therapists he viewed as attractive, the QB says he cannot answer because he has a girlfriend, but said it wasn’t his intentions.”

It’s worth noting … depositions regularly go on for hours, but video that was released is just a couple of minutes long. It’s entirely possible Deshaun was forthcoming at other times, but those clips weren’t released.

This month, two grand juries in Texas both reached the same conclusion … that Watson should NOT be charged criminally for allegedly being inappropriate with female masseuses.

Deshaun’s likely in the clear criminally … but he is still being sued in civil court by 20+ women.

Watson was traded to the Browns last week and subsequently signed a 5-year, $230 million deal.