EDEN CONFIDENTIAL: Le miserable wait for Eddie Redmayne to meet his niece due to coronavirus lockdown 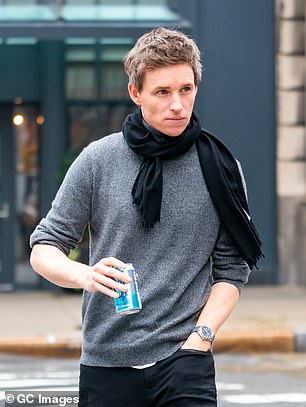 Oscar winner Eddie Redmayne said becoming a father was one of the ‘greatest things’ that ever happened to him — and now he can revel in the joys of being an uncle, too.

I hear the Les Miserables star’s younger brother, Tom, is being kept busy in lockdown as his wife, Nell Fane, has given birth to their first child: a daughter named Nola.

Eton-educated Tom, 32 (pictured, near right, with Eddie) runs a property tech company, while Nell, also 32, is a copywriter.

‘Eddie is delighted,’ says a friend of the family.

‘He’s sad that he can’t meet his niece yet because of the lockdown, but he’ll jump at the chance as soon as he can.’ 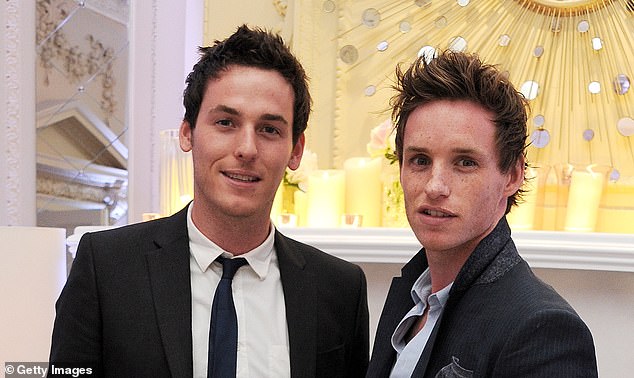 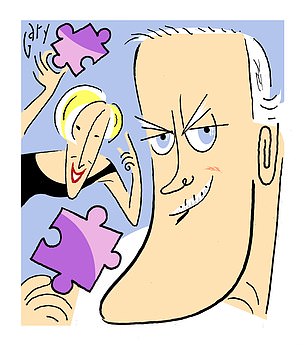 In these most trying times, his alter ego, John Cleese, finds doing a puzzle calms him down

When Basil lost his temper in Fawlty Towers, he gave his stalled car a ‘damn good thrashing’ with a branch.

In these most trying times, his alter ego, John Cleese, finds doing a puzzle calms him down.

‘Before the British had heard of meditation or yoga, we used to do things like go for a walk or sit on a bench and stare into the distance,’ he says.

Not that Cleese was always this calm — a former girlfriend of the tortured beanpole once told me that whenever he lost his temper, which he did frequently, he would take himself off to the ‘panic room’ he had created in his Holland Park house.

‘It was lined with rubber,’ she recalled with a shiver. 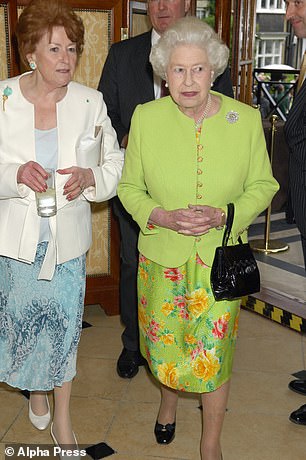 ‘Her Majesty rang and said: “I have a little present for you,” ’ her cousin, Lady Elizabeth Anson (left with the Queen), tells me

A surprise gong from the Queen

How do you show a loved one that you miss them during lockdown? In the Queen’s case, one sends a gong.

‘Her Majesty rang and said: “I have a little present for you,” ’ her cousin, Lady Elizabeth Anson, tells me.

‘I thought: “Oh, how lovely,” and soon a man in palace uniform arrived at my front door with an envelope.’

It contained the insignia of the Royal Victorian Order, of which the Queen had appointed her Commander.

‘I was shocked,’ says Lady Elizabeth, sister of the late photographer Patrick Lichfield. ‘It was a very touching gesture. I’m overwhelmed.’

Lady Elizabeth, 78, should have celebrated the 60th anniversary of her business, Party Planners — she organised the Queen’s 90th birthday bash — last month, but it was cancelled.

‘I’m quite pleased because people can’t blame me for catching the virus,’ she says.

‘They blame Cheltenham Festival instead.’