Emma Watson and Her Boyfriend, Leo Robinton, Stepped Out for a Rare Public Appearance in London

The Little Women actress and her businessman beau were photographed making a rare public appearance while out for what looks like a coffee run in London’s Primrose Hill neighborhood yesterday.

Considering England is currently experiencing a nationwide lockdown following an uptick in COVID-19 cases across the country, both Watson and Robinton wore protective face masks for most of the outing (though Robinton is sans mask in the pic below, he is snapped masking up in other photos). 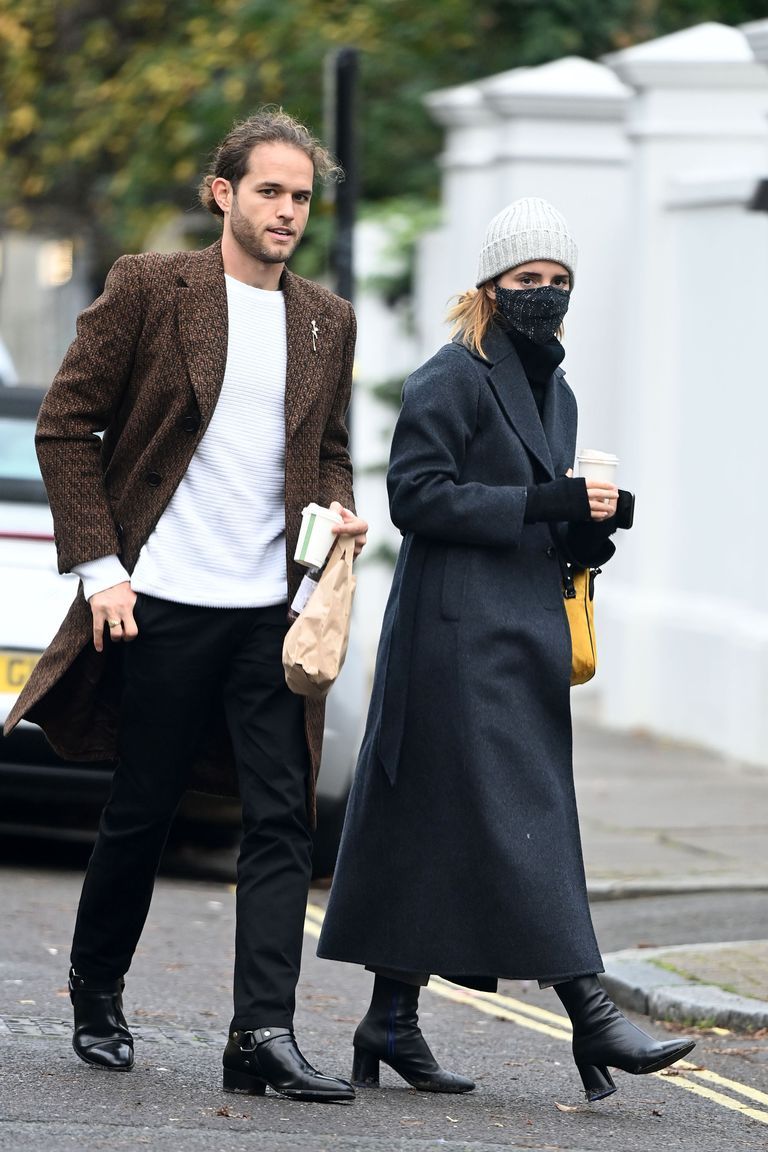 In additional images obtained by The Daily Mail, Watson and Robinton can be seen visiting a nearby park and indulging in an impromptu picnic, with Robinton sneaking a mini bottle of wine for the casual alfresco date.

The couple’s latest jaunt marks one of the few times the pair have been seen in public together. Dating rumors involving the two first began to circulate after Watson was photographed with Robinton last October, also in London, sharing a kiss during another date, this one at Gail’s Bakery in Notting Hill. According to the Mail, Robinton previously worked for a legal cannabis company, but has since stepped down from his position.