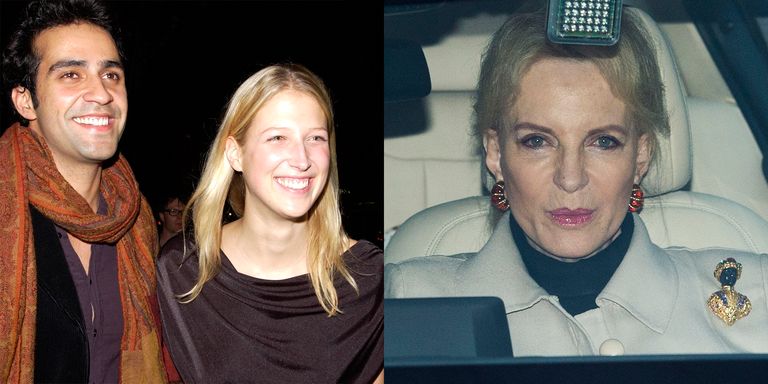 Princess Michael of Kent made less-than-pleasant headlines in December when she wore a racist blackamoor brooch at Meghan Markle’s first Christmas luncheon with the Queen. Now, more allegations about her problematic past have surfaced in a new Vanity Fair article written by Aatish Taseer, who dated her daughter, Gabriella Windsor, for three years in the early 2000s.

In the piece—which explores the royal family’s relationship with race in a post-Brexit society, at the dawn of the Meghan Markle era—Taseer recalls what it was like dating within the famous clan as an outsider. The most shocking anecdotes include the princess’ tone-deaf reaction to her “go back to the colonies” scandal in 2004 and allegations that she once owned black sheep which she named Venus and Serena, after the world-famous tennis players.

Buckingham Palace has not responded to the story, and a spokesperson for the Prince and Princess Michael of Kent told The Daily Mail, “There won’t be any comment on the story.”

Princess Michael of Kent, whose real first name is Marie Christine, is married Prince Michael of Kent, Queen Elizabeth II’s first cousin. She developed a questionable reputation after an incident in 2004, when she reportedly told a group of influential black diners at a New York restaurant to “go back to the colonies” after complaining that they were being noisy.

Taseer recalled the princess’ response to the controversy:

Taseer—who is of Indian and Pakistani descent and says he “was one of the first natives of [the former British] empire to be dating a member of the royal family”—added that the princess showed a “nice side” to him personally. But she “nevertheless invited trouble out of what felt like a desire to shock: her pair of black sheep in Gloucestershire were named Venus and Serena.”

The princess’ controversial tendencies were not secret. “Most everybody thought she was ‘perfectly ghastly,'” Taseer recalled. He claimed it’s also believed the Queen once said of the princess, “She seems a bit too grand for us,” while considering her as a wife for Prince Michael of Kent.

Taseer’s article also includes bombshells about his relationship with Gabriella—”we swam naked in the Queen’s pool in Buckingham Palace; we did MDMA in Windsor Castle”—But a friend of the young royal denounced the writer’s account as “fiction.” The unnamed source told Daily Mail, “Aatish is a novelist. He has an active imagination.”

However, royal followers didn’t need Taseer’s accounts to educate them about the princess’ cringeworthy comments. In an ITV interview following the “go back to the colonies” controversy, the princess doubled-down on her denial, saying, “I even pretended years ago to be an African, a half-caste African, but because of my light eyes I did not get away with it, but I dyed my hair black.” She also added of her trip to Africa, “I had this adventure with these absolutely adorable, special people and to call me racist: it’s a knife through the heart because I really love these people.”

The princess also apologized for wearing the blackamoor brooch in December. After the news broke and Markle fans called her out for wearing the offensive jewelry, sources told TMZ the royal was “very sorry and distressed” for wearing the piece of jewelry, which was apparently a gift that she’s worn “many times before, without controversy.”

A warning for Princess Michael of Kent if she attends the royal wedding: Serena might be there, too—and she doesn’t stand for nonsense.