The sighting comes eight months after the Cuban-Spanish actress and ex Ben Affleck ended their year-long relationship, before he would later reconcile with former fiancé Jennifer Lopez.

Ana, 33, and Paul, 37, were seen dressed in business casual attire for their first outing together, with the Bond Girl wearing a pinstripe jacket over a plain white top as they made their way through JFK airport in New York City on Sunday.

The Knives Out star is gearing up to promote No Time to Die, where she stars alongside Daniel Craig in the 25th James Bond film. 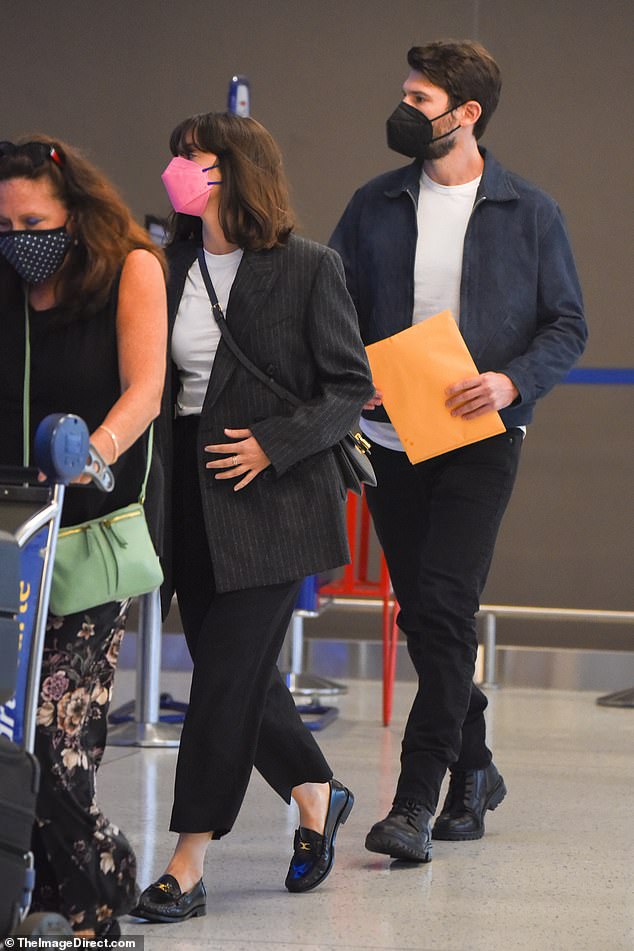 At one point, Ana was seen putting her hand on Paul’s back as they made their way through airport security.

Touching: At one point, Ana was seen putting her hand on Paul’s back as they made their way through airport security 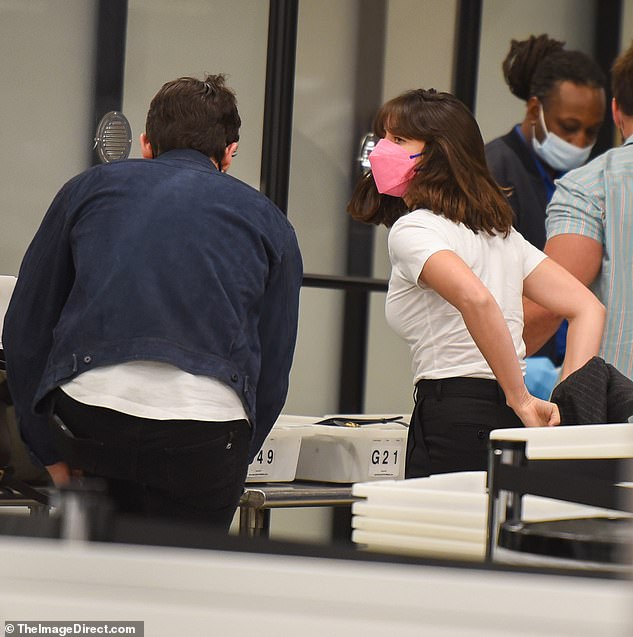 Close: The couple appear to be getting on famously after first being linked back in June 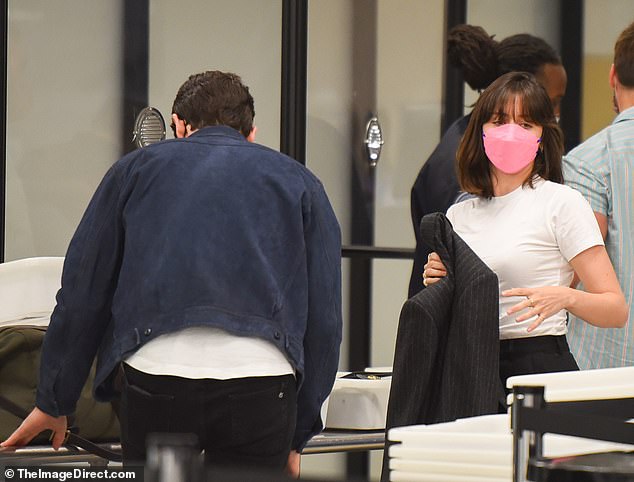 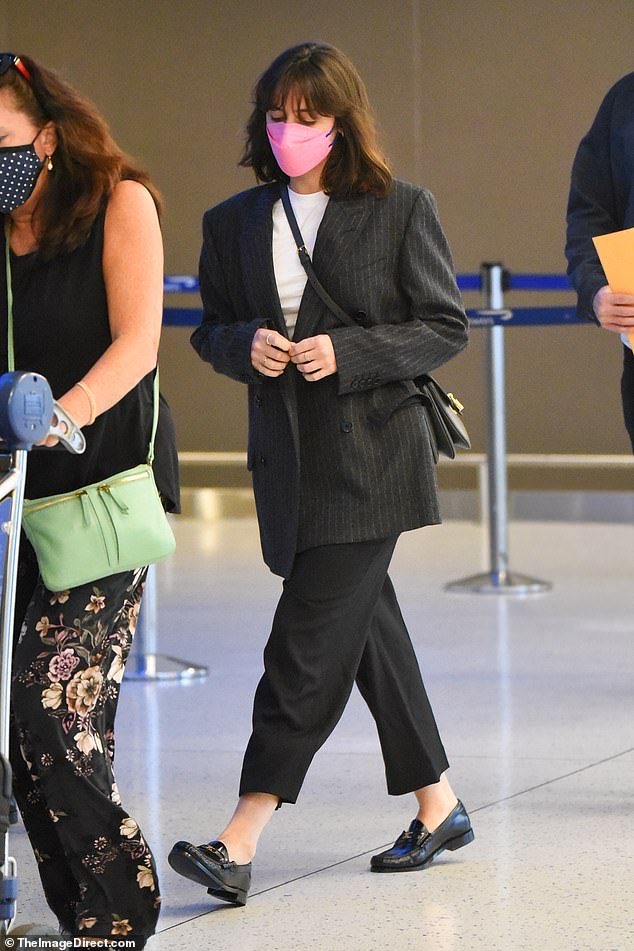 Business casual: The Bond girl was seen in formal attire for the trip out of NYC 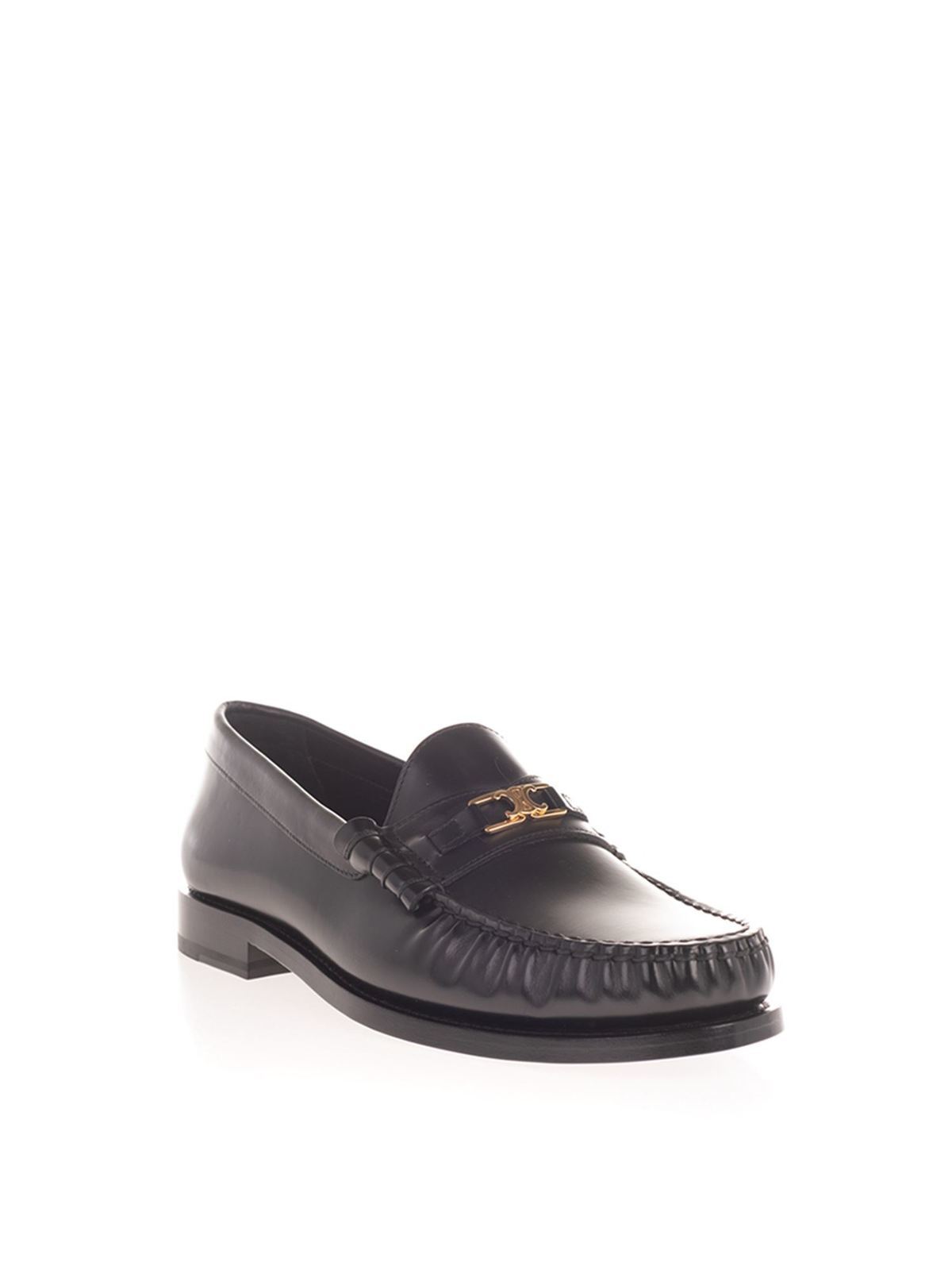 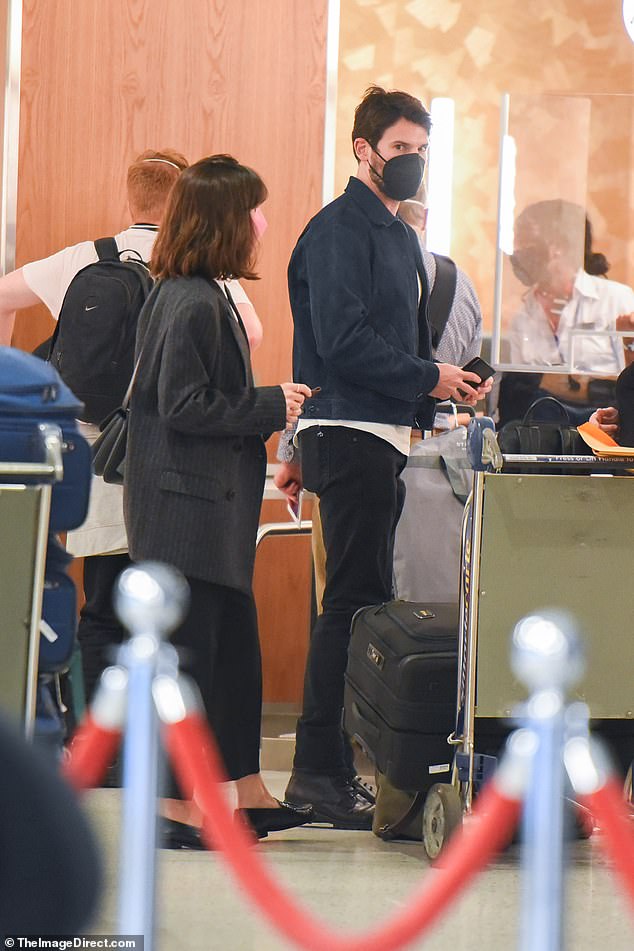 New love: Ana and Paul are said to be an item meeting earlier this year before summer

The new couple were first linked back in June this year, with reports at the time claiming they had been quietly seeing each other for a few months.

There had also been reports that Ana and Paul had met each other’s family members, suggesting that the romance was a serious affair.

Around the same time of the dating rumours, Ana’s ex Ben, 48, was pictured kissing J-Lo, 51, in Malibu on a family outing with the singer’s twins Max and Emme and her sister Lynda. 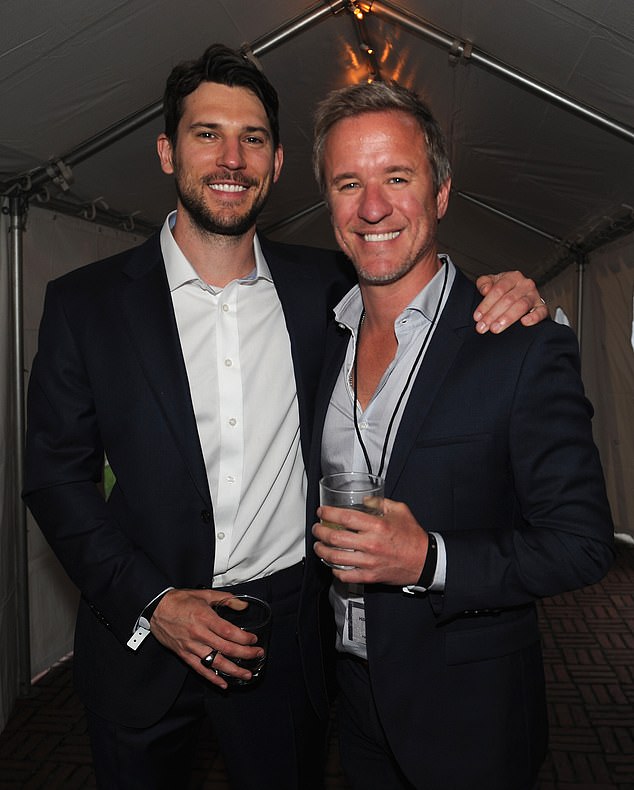 Her beau unmasked: Tinder exec Paul Boukadakis (left) and a friend are seen at the Kairos Society Global Summit Welcome Dinner At The Rockefeller Family Estate on April 20, 2017 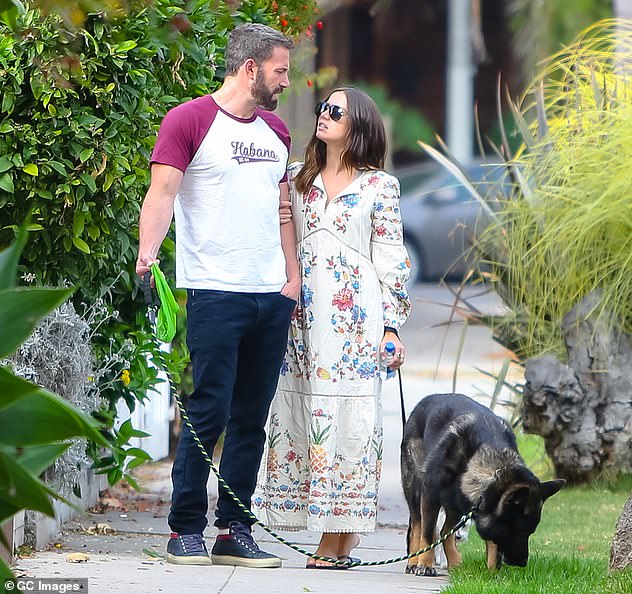 They’re over: Ben and Ana split earlier this year after co-starring in the thriller Deep Water. Seen in June 2020 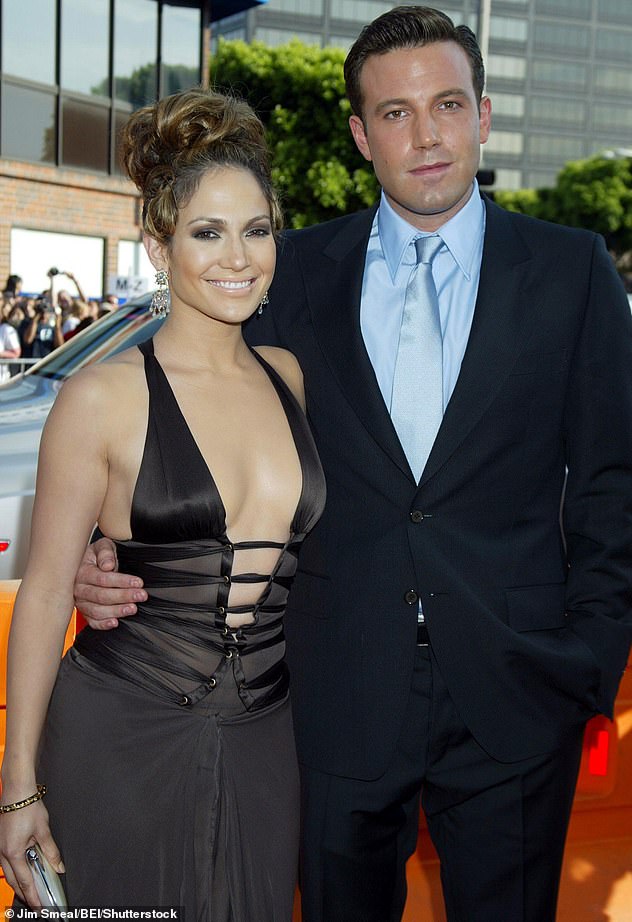 Bennifer 2.0: And now Ben has gotten back together with his Gigli co-star Jennifer, 51. Seen in 2003

Ben and Jennifer – playfully nicknamed Bennifer – began seeing each other in April, just three months after the Gone Girl actor and Ana called it quits.

Ana was first linked to Ben in early 2020 but ‘mutually and amicably’ decided to go their separate ways in January, it was reported at the time.

The actors met on the set of the movie Deep Water when production kicked off in November 2019. 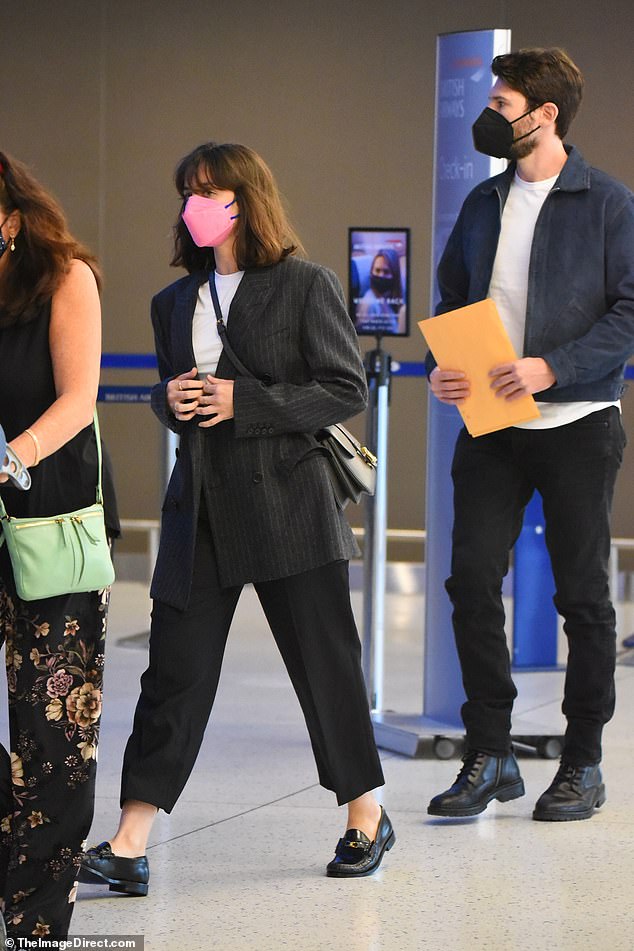 Moving on: Ana and her new man appear to be in a serious relationship having been linked earlier this year 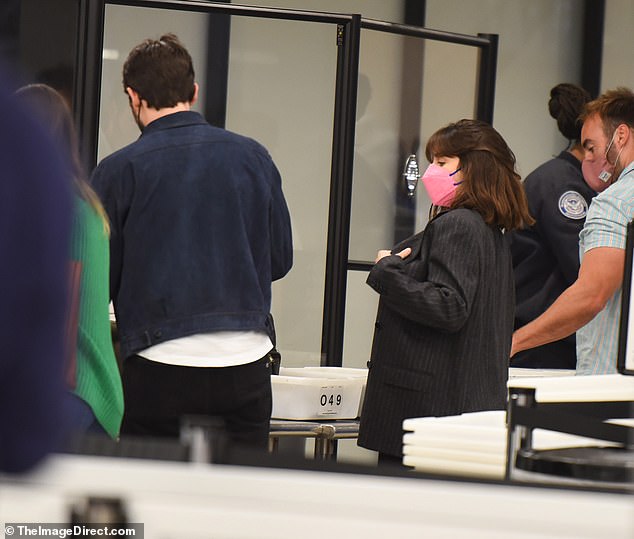 Busy: The Knives Out star is gearing up to promote No Time to Die, where she stars alongside Daniel Craig in the 25th James Bond film

Watch out: At one point, Ana appeared to be distracted by a little child wondering around security

They were then spotted on a romantic getaway to Ana’s native Cuba in March 2020 before heading to Costa Rica and getting back to Los Angeles just before the lockdowns started.

Despite the brief romance, Ben and Ana moved at warp speed during their time together – and was even pictured getting to know his children, Violet, 14, Seraphina, 11 and Samuel, eight, that he shares with ex-wife Jennifer Garner.

At one point, Ben’s kids were seen playing with a cardboard cut-out of Ana. It was later pictured being thrown out in the trash once they had split. 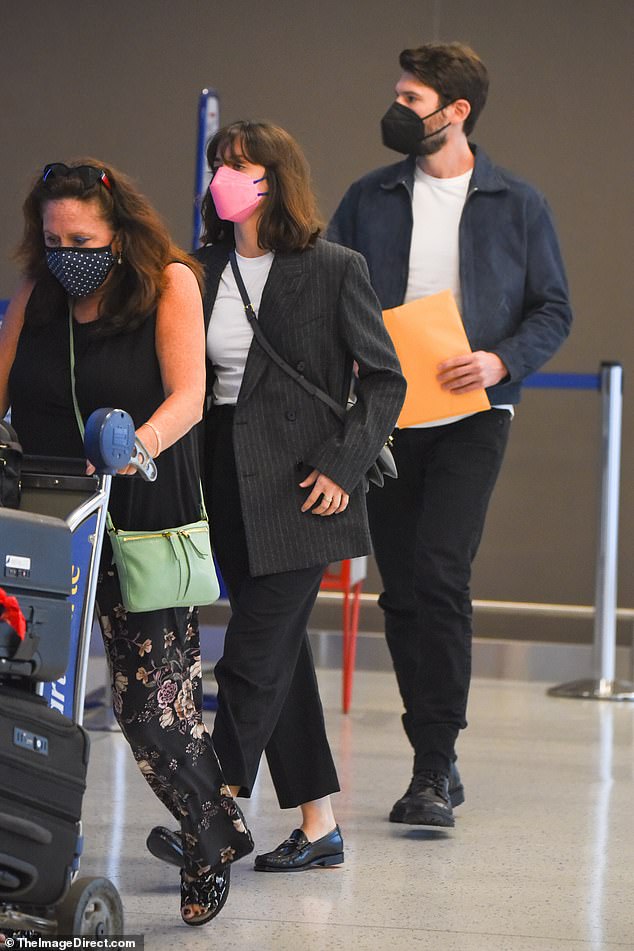 Keeping it casual: The new couple held back from offering any over-the-top PDAs, unlike in her last relationship with Ben Affleck 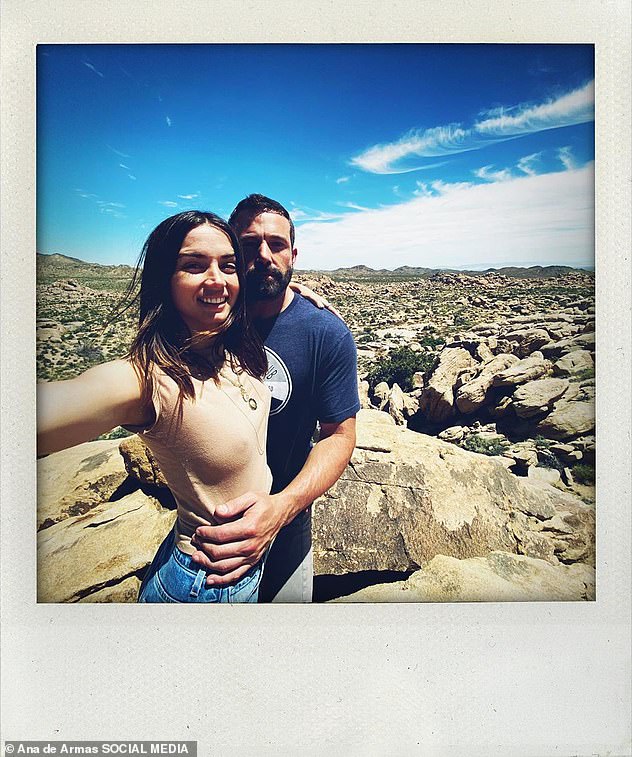 Happy: Ana made their relationship Instagram official in April when she shared snaps of the couple hanging out on her 32nd birthday, before splitting in January