Florence Pugh celebrates with Zach Braff for his 46th birthday

Florence Pugh, 25, shows off her tanned and toned body in a stylish swimsuit… as she and boyfriend Zach Braff celebrate his 46th birthday in Malibu

Florence Pugh and boyfriend Zach Braff were in a celebratory mood as they hit the Cali coastline together with pals earlier this week.

The 25-year-old British actress was helping Zach toast turning 46 on Tuesday, April 6, with the pair enjoying a birthday beach day out in Malibu, California.

Looking stunning in an orange one-piece swimsuit, the Black Widow star displayed her toned and tanned physique, while the the Scrubs actor also showed off his muscular frame and chiseled torso. 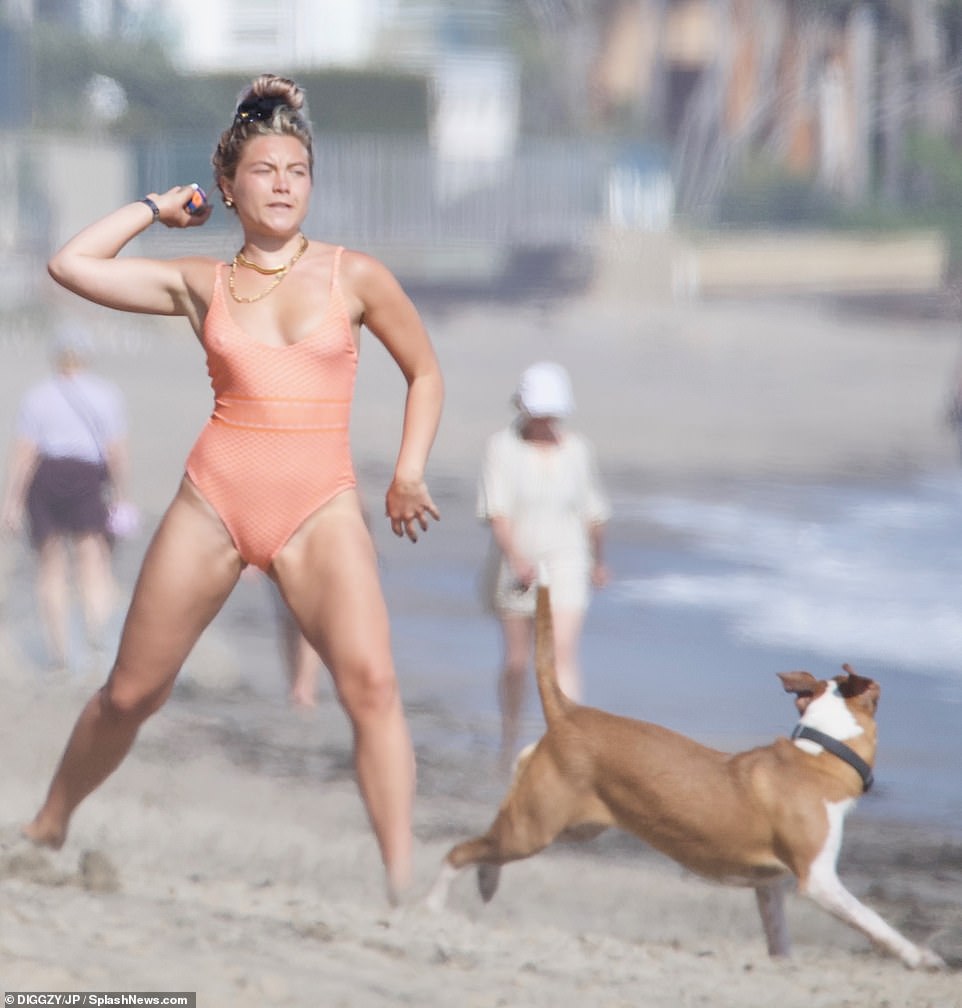 So fetch! Florench Pugh, 25, puts her tanned and toned physique on display in an orange one-piece as she celebrates boyfriend Zach Braff’s 47th birthday on the beach in Malibu on Tuesday, along with their dog Billie

The pair both brought extra clothing for the day out with their dog, Billie, on the sand, with LA temperatures not quite reaching the scorching heights of summer just yet.

Midsommar actress Florence had her glossy blonde hair tied up in a top bun, and later added some matching orange beach shorts to her ensemble.

Later, birthday boy Braff also covered up his six-pack with a grey hooded sweatshirt as he threw a ball for his dog. 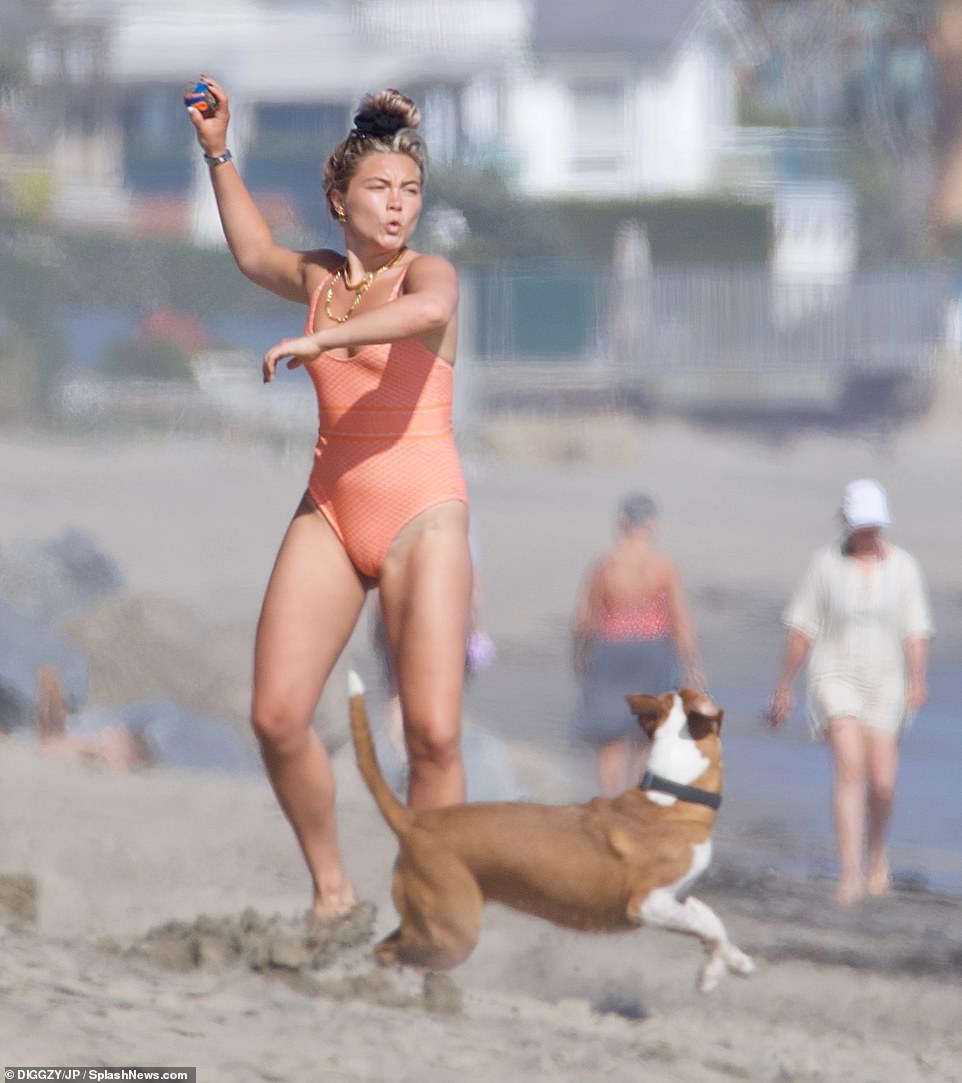 Action-packed: Black Widow actress Florence had her glossy blonde hair tied up in a top bun as she energetically played ball with her K9 pal

Birthday boy! Scrubs star Zach, 46, also showed off his very toned and honed physique, while out with girlfriend Florence, 25, who looked stunning in her patterned swimwear 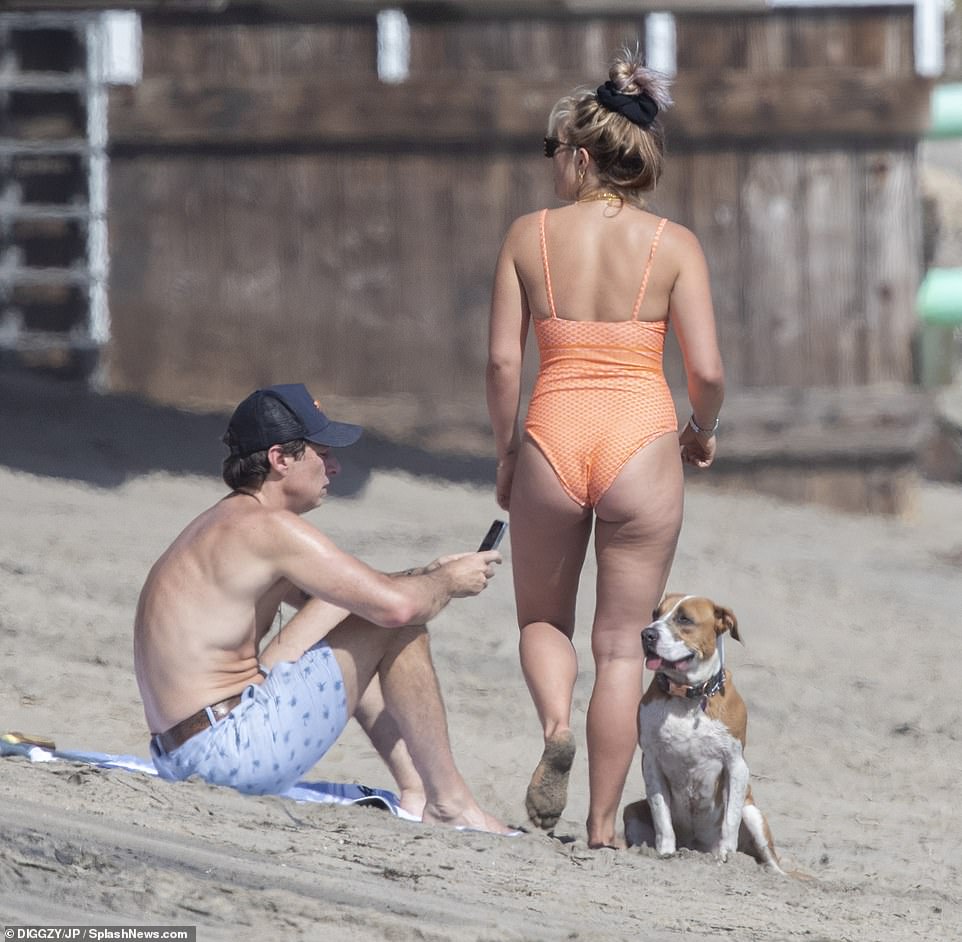 Family fun: Zach and Florence were joined by their loyal pooch 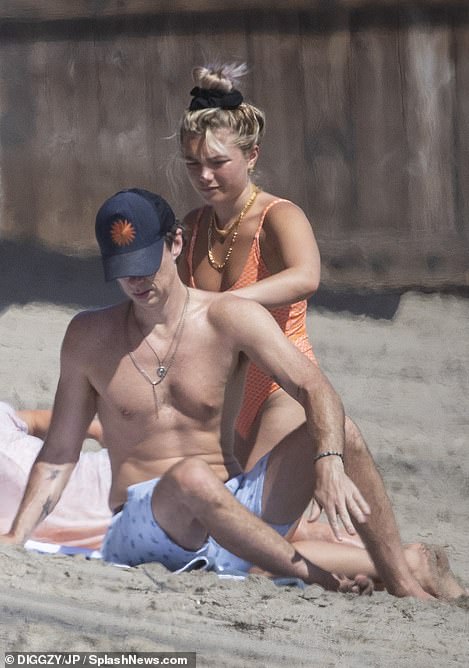 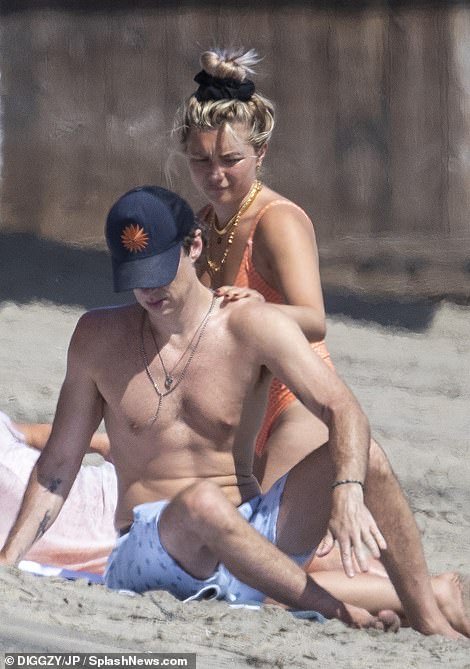 TLC: Florence lovingly applied some sun lotion to her boyfriend Zach as the pair enjoyed his birthday on the beach

The sighting comes after Florence shared a few photos of her ‘magical’ beau on Instagram for his birthday week.

The British actress shared a couple of photos of the actor cuddling their rescue dog Billie as well as another of him wearing a fleecy two-piece and mismatched shoes.

‘It’s this magical persons birthday. A year ago we got Billie three days before Zach’s day and she’s flopped on her back for tummy tickles from him like this ever since. A special day for a special fella requires special foot wear and fluffy trackies.. obvi.’ she wrote in the caption. 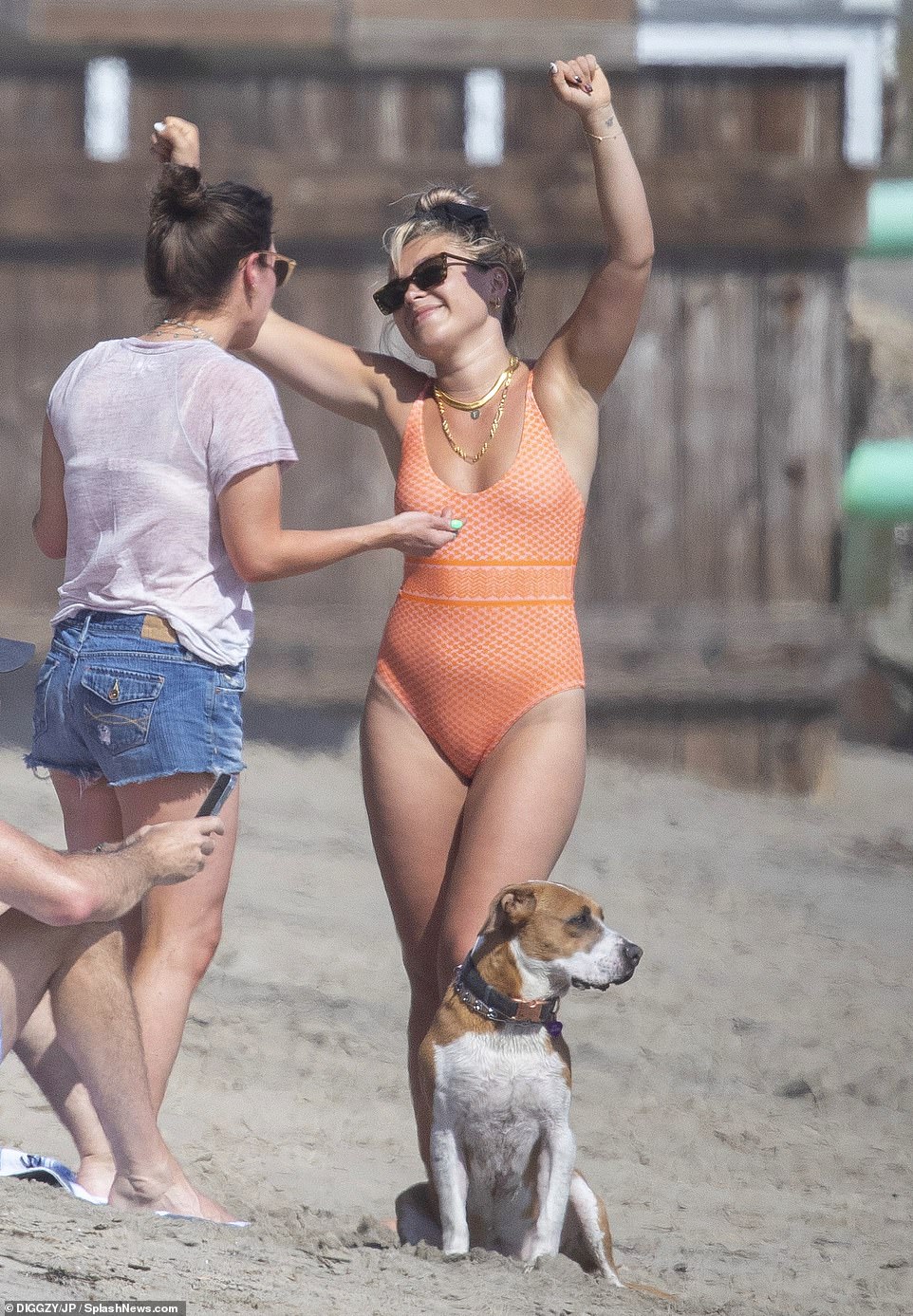 It’s a party! Florence and Zach were joined by a female friend on the Cali coastline as they celebrated his big day

‘His need to make people laugh and smile is never ending, his constant generosity and love for others is infectious, his creativity and ability to put real and honest words onto the page inspires many and all who’s around him, but above all.. his appreciation for life and excitement for LIVING is something I always take note of.’ she continued.

Florence has been dating the Scrubs star for over two years after he cast her in his short film In The Time It Takes to Get There. 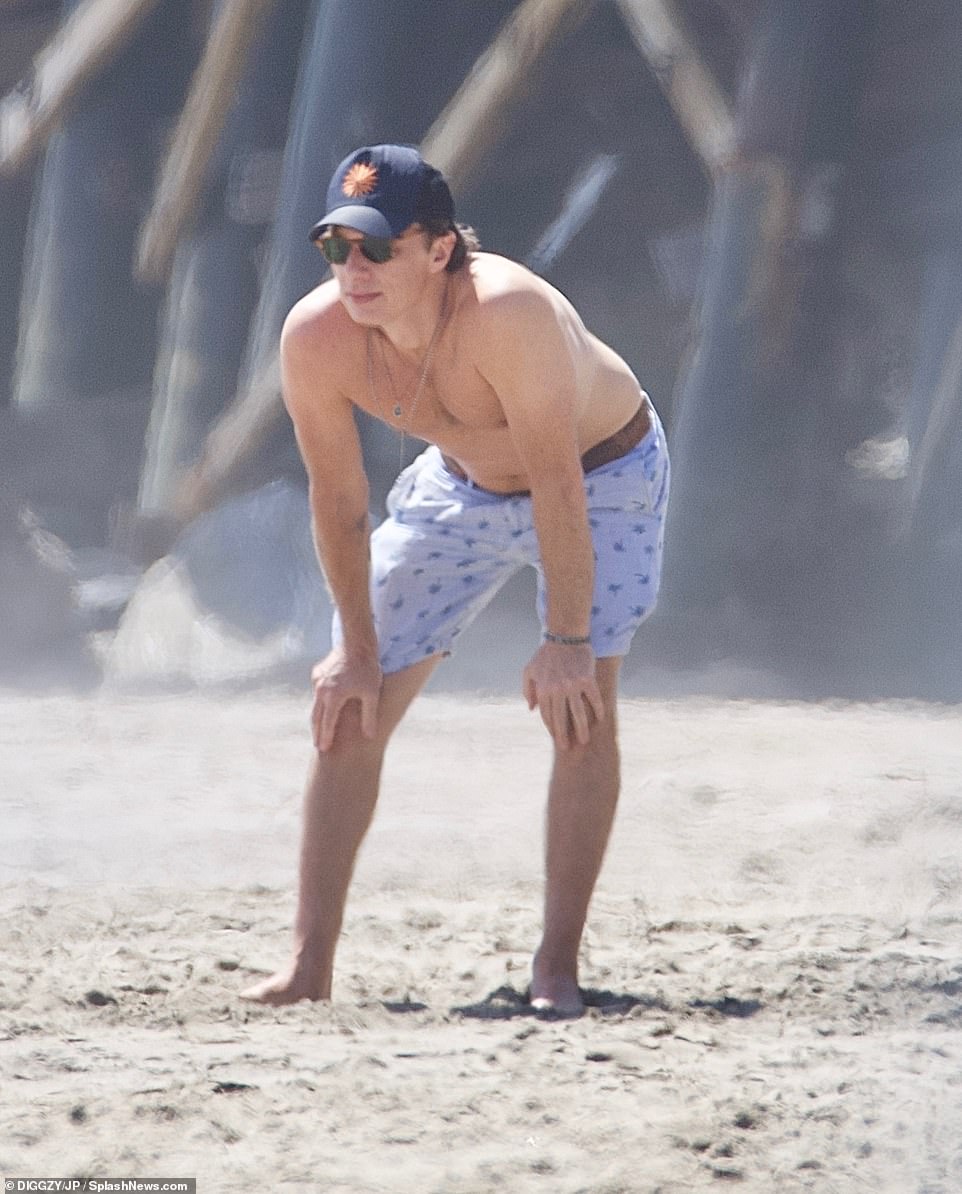 What’s going on here then: Zach appeared to be taking in the sights while enjoying the celebrations in Malibu 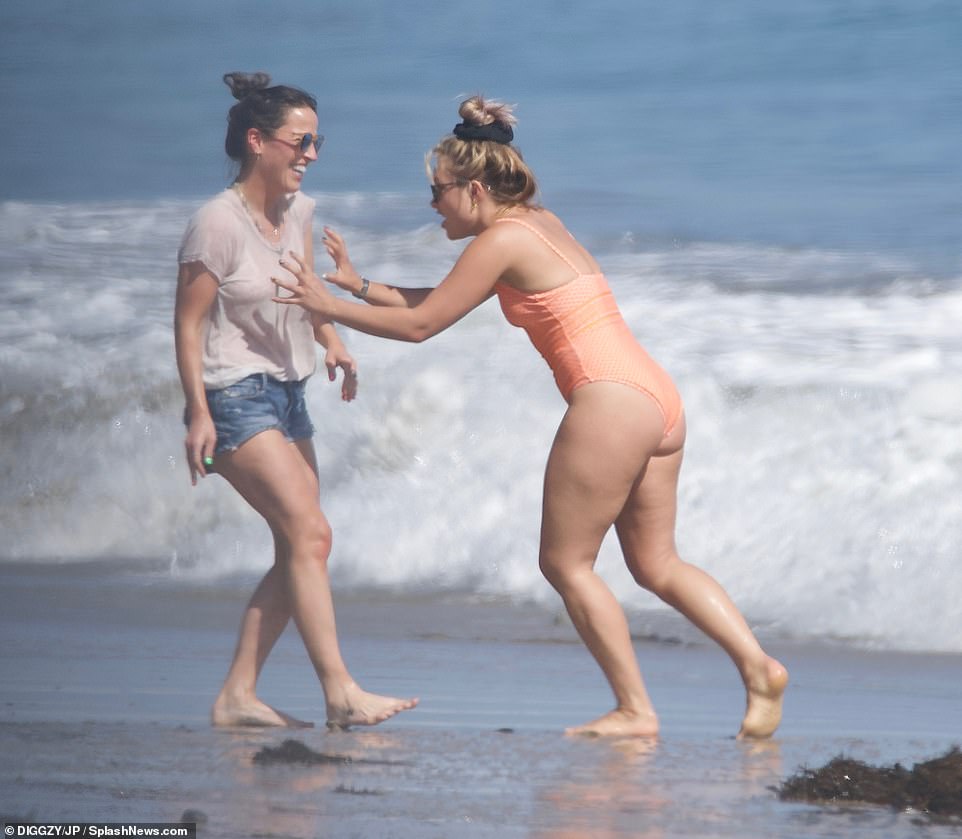 Hands off! Florence and her lady friend were in high spirits as they larked about together by the crashing waves

‘I have the right to hang out and be with and go out with anyone I want to,’ she asserted. ‘I’ve always found this part of what people do really bizarre.

‘I’m an actor because I like acting and I don’t mind people watching my stuff, but people have no right to educate me on my private life.

‘I know that part of being in the spotlight is that people might invade your privacy and have opinions on it, but it’s bizarre that normal folk are allowed to display such hate and opinions on a part of my life that I’m not putting out there.

‘It’s a strange side of fame that you’re allowed to be torn apart by thousands of people even though you didn’t put that piece of you out there. 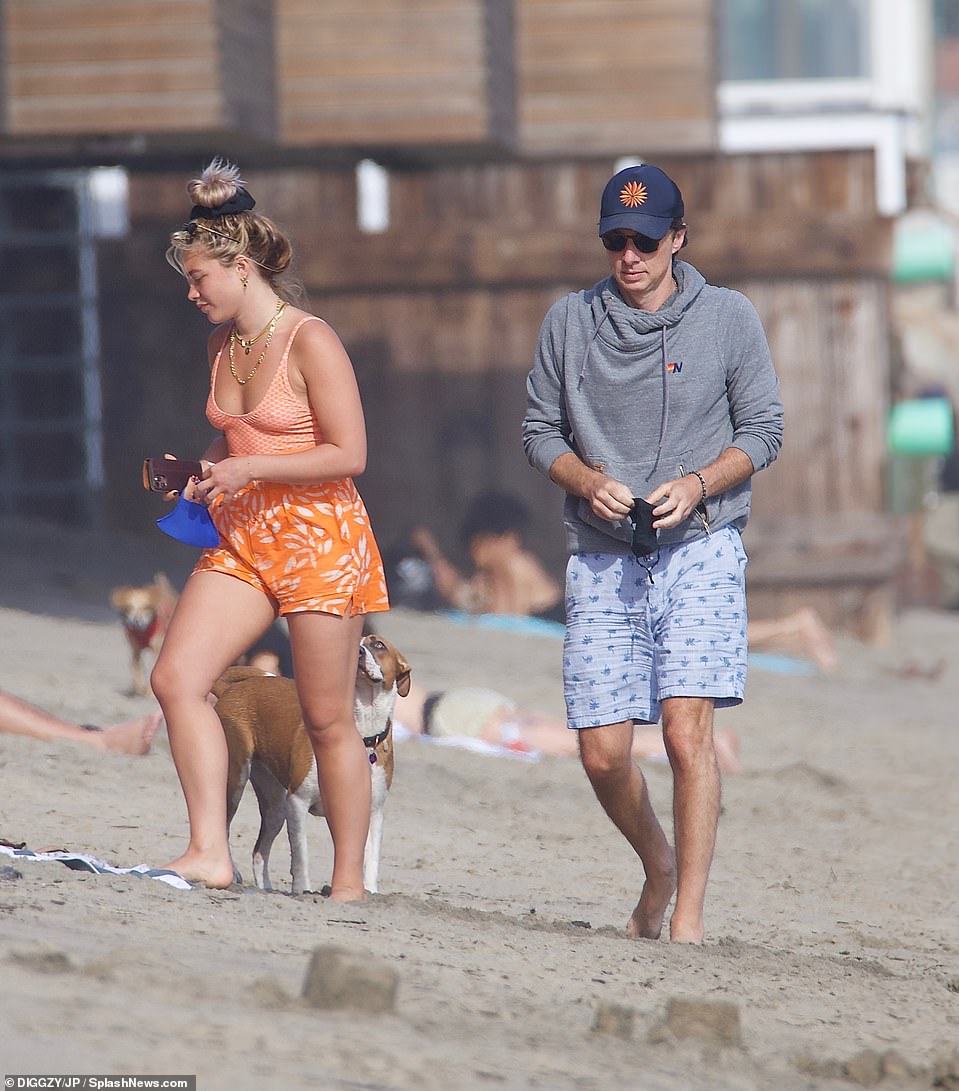 Wrapping things up: Later, the couple put on some clothes as their beach day out came to a close 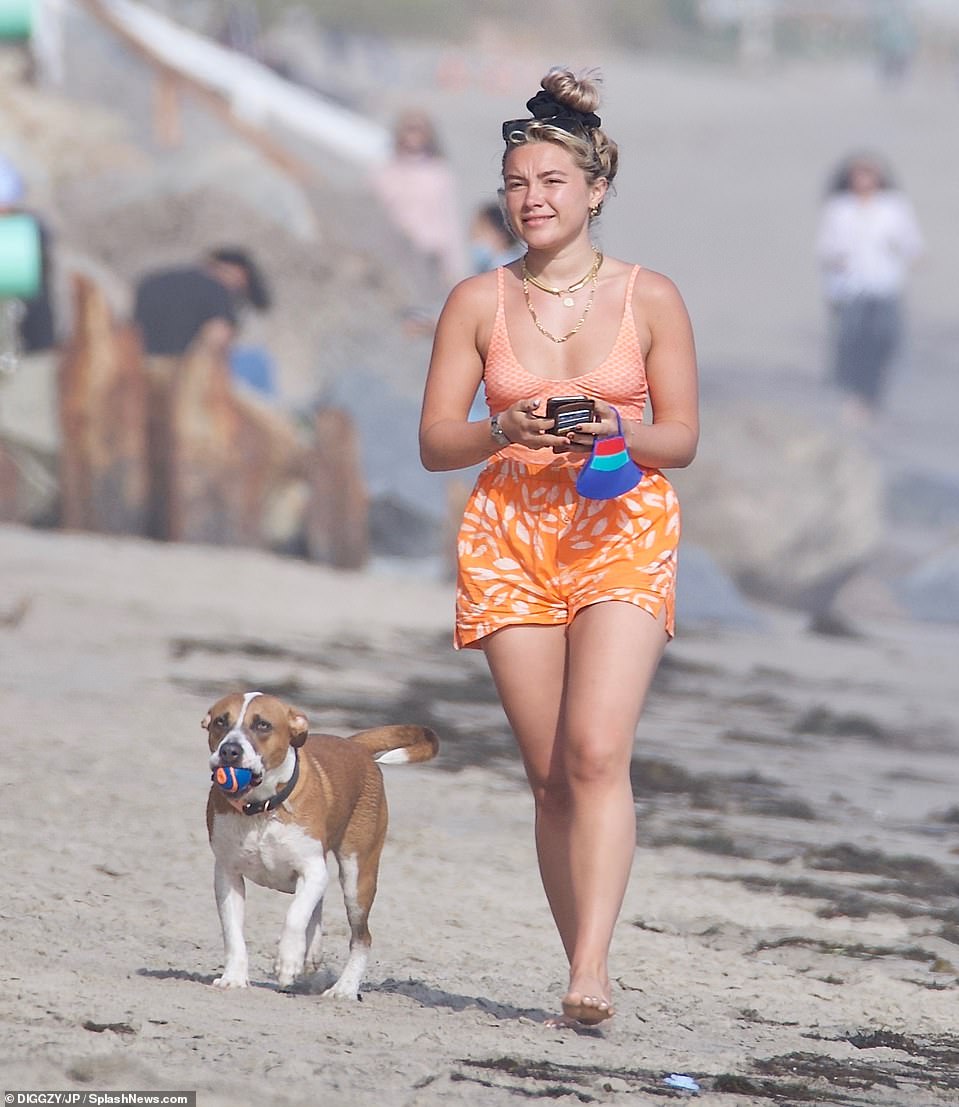 ‘My point to all this is that isn’t it odd that a stranger can totally tear apart someone’s relationship and it’s allowed?’

Meanwhile, it’s been revealed that Florence and Black Widow costar Scarlett Johansson were battling pneumonia while the filmed the Marvel movie.

The movie’s director Cate Shortland has likened shooting the Marvel film to ‘being in the army’ and revealed its two lead stars were both ill whilst they were making it but they pushed through.

Speaking to The Gentlewoman, Cate explained: ‘It was like being in the army. By the end, Scarlett and her co-star Florence Pugh were both shooting while ill with pneumonia.’ 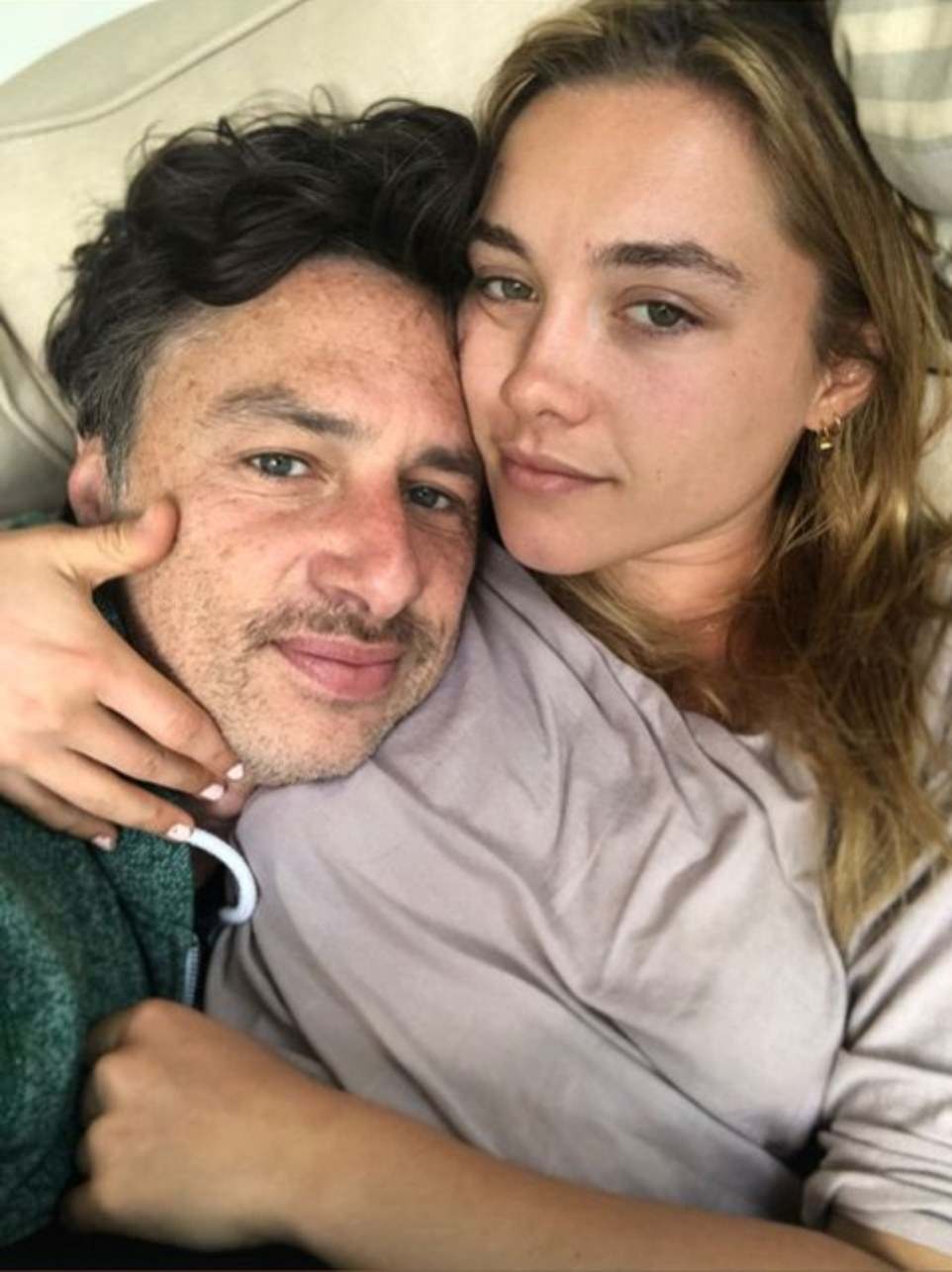 Cozied up: Florence has been dating the Scrubs star for over two years after he cast her in his short film In The Time It Takes to Get There 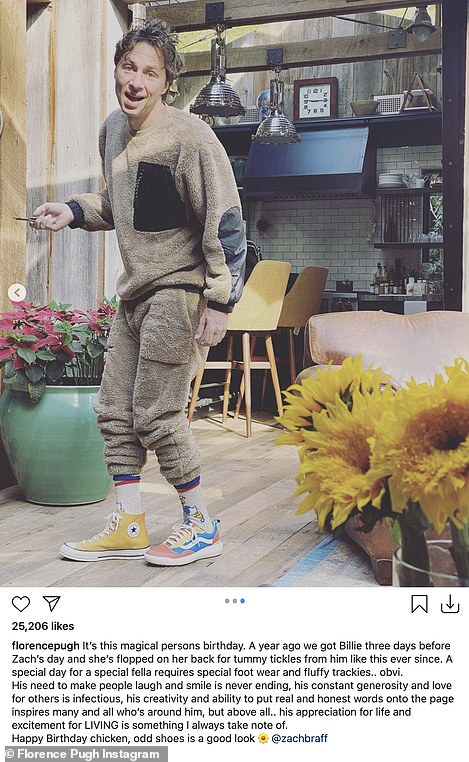 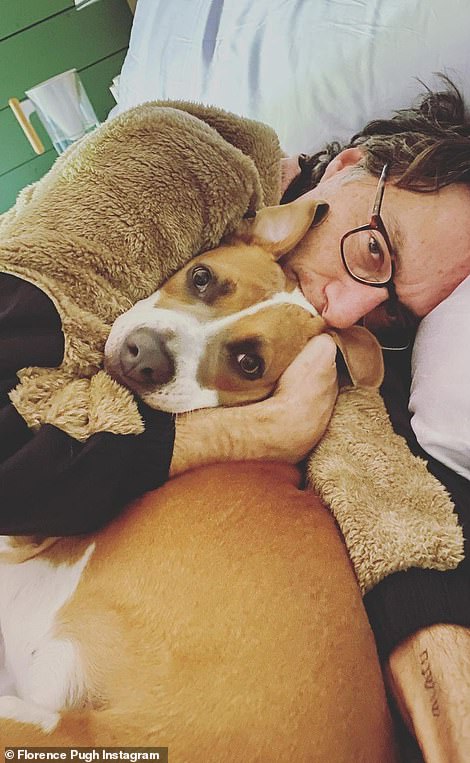 Florence also recently revealed her and Scarlett have a ‘sisterly bond’.

The two actresses star together in the upcoming Marvel movie – where they play Yelena Belova and Natasha Romanoff, two iterations of the titular superhero – and Florence has revealed the pair built up a close bond on set by ‘taking the p***’ out of each other as though they were siblings.

Florence said: ‘I think maybe the tiredness did add to my not being so self-aware and just, I suppose, allowing myself to start taking the p*** out of Scarlett from Day 1, which was great. From that point onward, we kind of did it to each other. It was instant sisterly bonding.’