The former child star who shared screen with Paul Rudd in ‘Our Idiot Brother’ has raised the alarm after he didn’t return to his dorm room and failed to return his family’s calls.

AceShowbiz -Police in Pennsylvania have launched a search for former child star Matthew Mindler after he was reported missing from his college.

The former actor, who starred opposite Paul Rudd in “Our Idiot Brother“, was last seen at Millersville University on Tuesday night (24Aug21).

Fellow students raised the alarm when the freshman did not return to his dorm room on Wednesday. He also failed to return calls from his family, according to TMZ.

Police officers have been inundated with tips about Mindler’s whereabouts and are following up on all leads.

The university also issued a notice on social media in hopes to help find the missing student, “Matt was last seen walking from his residence hall, West Villages toward the Centennial Dr. parking lot area at 8:11 p.m. Tuesday night.”

Along with a CCTV picture of his last sighting where he was seen wearing a face mask, the university noted, “He was wearing a white Millersville University hooded sweatshirt with black stripes on the arm, black backpack, jeans and white sneakers (please see photos below).” 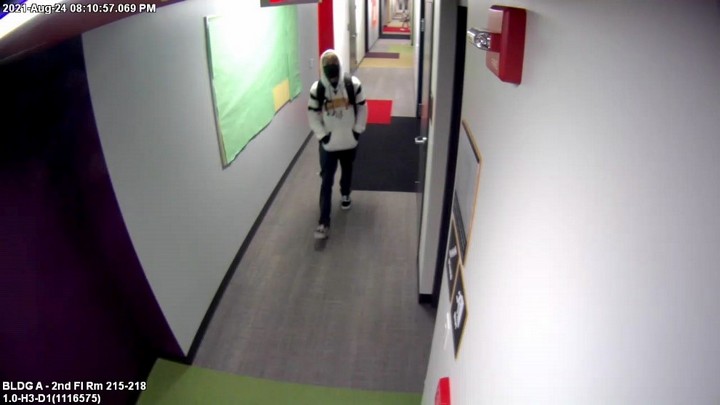 Matthew Mindler was last seen in his college

They continued, “Matt attended classes Monday and Tuesday but did not attend yesterday or this morning. University Police are in contact with Matt’s mother and are working with campus staff for assistance in locating Matt.”