So it is something of a surprise to learn that actually Vanessa Redgrave is a total softie who adores long walks on the beach, delights in receiving lavish bouquets, and ­cherishes the love that has bloomed in her late-in-life marriage.

“I am very romantic,” says her ­husband of 14 years, Italian acting legend Franco Nero, a youthful, blue-eyed 78-year-old veteran of more than 230 films. “I’m a man who loves to dream.

“She loves flowers, so I have to do that. Romanticism is a wonderful thing. It’s something that belongs in our life.”

But that romance has been stretched to its limit lately, as ­coronavirus has painfully separated the ­couple for the past eight months.

“I am in Rome, and Vanessa is in London,” Nero laments from his home in Italy. “We share this wonderful life, and unfortunately this year . . . well, we were together, I will never forget, in Berlin on February 20, 2020.”

Redgrave and Nero both received awards at the Berlinale film festival, where his new movie Havana Kyrie was screened, along with the documentary Sea Sorrow about the plight of refugees, which Redgrave directed.

“The next day she flew to London and I returned to Rome, and that is the last time we saw each other physically,” says Nero, whose films include John Wick, Die Hard 2, and Django Unchained.

Oscar-winning Redgrave, aged 83 – the star of Julia, Howard’s End, and Isadora – and Nero are too technologically challenged to video-chat using Skype or Zoom, he admits.

“Both of us are terrible at that,” he says. “I’ve never put a finger on a computer myself, and she doesn’t have WhatsApp. We are a mess, both of us. Yes, we are a mess. It’s hard being separated, but we speak almost every day on the phone, but cannot do anything else at the moment.”

As the pandemic rages, Redgrave and Nero are kept apart by coronavirus restrictions and fears. At their advanced years, both worry about the risk of Covid-19 exposure on a plane, and a lengthy transcontinental drive seems daunting. 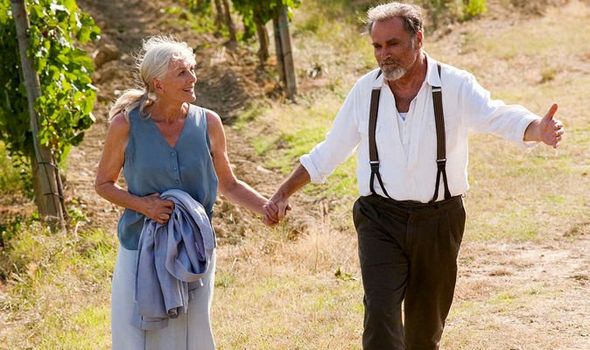 “She wanted to come here in August, but the doctor said it was too dangerous for her to fly,” says Nero.

“The situation here is not very good,” he says of Rome. “This Covid is really bad. Every day the Covid numbers are increasing. They closed everything, cinemas and theatres. I was supposed to start directing a movie and be the main actor in two weeks time, but they stopped the production, so it’s very difficult.”

Vanessa Redgrave was poised to join Nero on the film, now on hold indefinitely.

“She would play a lovely cameo, a lovely part,” he sighs. “But we don’t know.”

Yet Covid-19 has not stopped Redgrave from filming closer to home in England, he says.

“She has been for a long time in the country at the house of our daughter Joely [Richardson: Vanessa’s daughter by her first marriage] so she’s fine, and she also managed to do two films in the meantime – and I think she is going to do two more.” 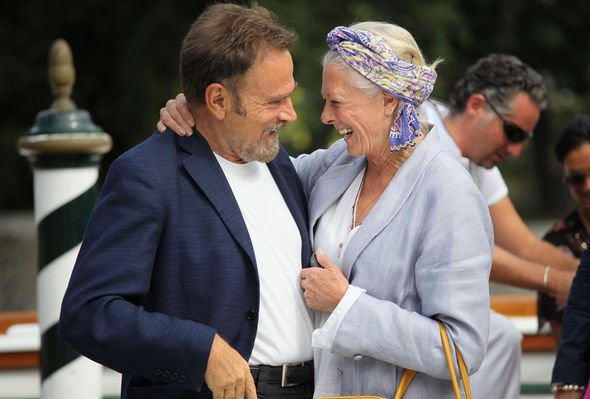 Of course, whether those ­productions actually begin filming depends on whether pandemic restrictions are eased in the UK. “I don’t know if this will be possible,” Nero admits. More than anything, he misses the romantic moments he shares with Redgrave.

“When she comes, I like to take her to the beach and just walk, even in the winter time. I do very romantic things.”

Their love story was years in the making, and took them on a meandering path to the altar.

They first met on the Warner Bros studio backlot in Los Angeles in 1966 when both starred in ­classic movie musical Camelot. Redgrave played Queen Guinevere, and Nero the valiant knight Sir Lancelot.

His first impression, when they were introduced by director Josh Logan, was far from favourable. 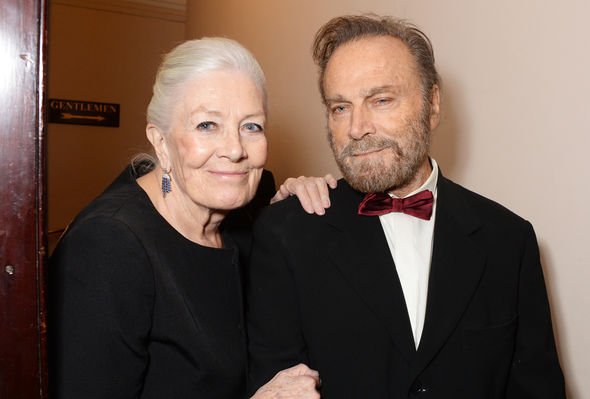 “I see this woman who is wearing blue jeans with holes, glasses and no makeup,” Nero recalls. “I said later, ‘Josh, are you sure you got the right actress? She’s ugly.’ He said, ‘Don’t worry, you’ll see.’”

That night Redgrave invited Nero to dinner at her home overlooking the Pacific. “I knocked on the door and a lady opens the door – she was a beautiful lady,” he recalls. “I said, ‘I was invited here by Vanessa Redgrave for dinner.’

“She said, ‘I am Vanessa Redgrave.’ She was completely changed. Unbelievable.”

It was the start of a passionate romance that in 1969 produced their son, Carlo Nero, now a screenwriter and director. 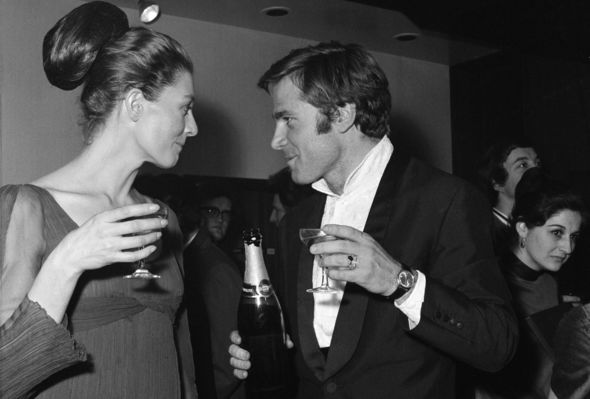 They parted shortly after his birth, yet always remained close, though it was often a volatile relationship.

In the years that followed “there were all sorts of other people involved,” she said, no doubt ­referring to her 15-year relationship with 007 star Timothy Dalton, which ended in 1986.

Yet when Redgrave and Nero rekindled their romance in 2006 they realised that they were meant to be together. 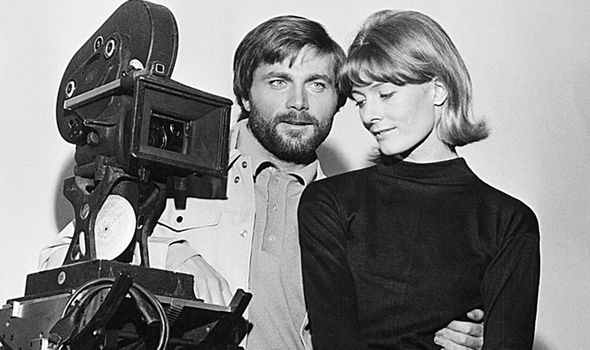 But their enduring love could not protect Redgrave from a series of personal tragedies.

Her ex-husband, director Tony Richardson, died of Aids in 1991. Their daughter Natasha Richardson – married to actor Liam Neeson – died in a skiing accident in 2009, aged 45; Vanessa’s brother Corin Redgrave died of a heart attack aged 70 in April 2010, and just days later her sister Lynn Redgrave died at 67 of cancer.

“He had a terrible accident and fell from a roof that was like 13 meters, like four floors of a building,” says Nero.

“They didn’t really know if he was going to live or not.” But Nero insists he does not believe in curses, saying: “I think in life you have to forgive, mainly.”

And he is still remarkably ­prolific. He has six films in post-production and 11 more set to film when production can restart. There are no plans for retirement.

“When I no longer have ­enthusiasm I will stop but, for now, I have enthusiasm,” he says. 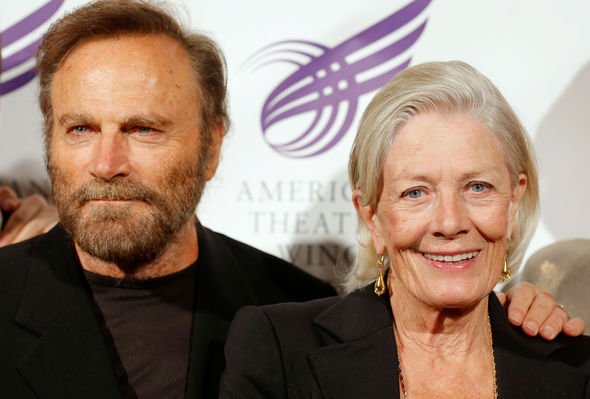 He keeps in shape not in the gym, but by healthy living.

“Good food, not junk,” he says. “I’ve always been an athlete. Now I’m doing just tennis, and then I go fishing.

“I feel young. When I was doing Recon they said they had a double for me, but they never used him for one minute. I enjoy every day of my life. I never get bored.”

And his passion for Redgrave endures. Nero recalls a line from the 2010 movie Letters to Juliet, in which they co-starred as lovers who reunite decades after a youthful fling: a clear case of art imitating their lives. What is the new Tier 3 lockdown in England?
Celebrities Posts