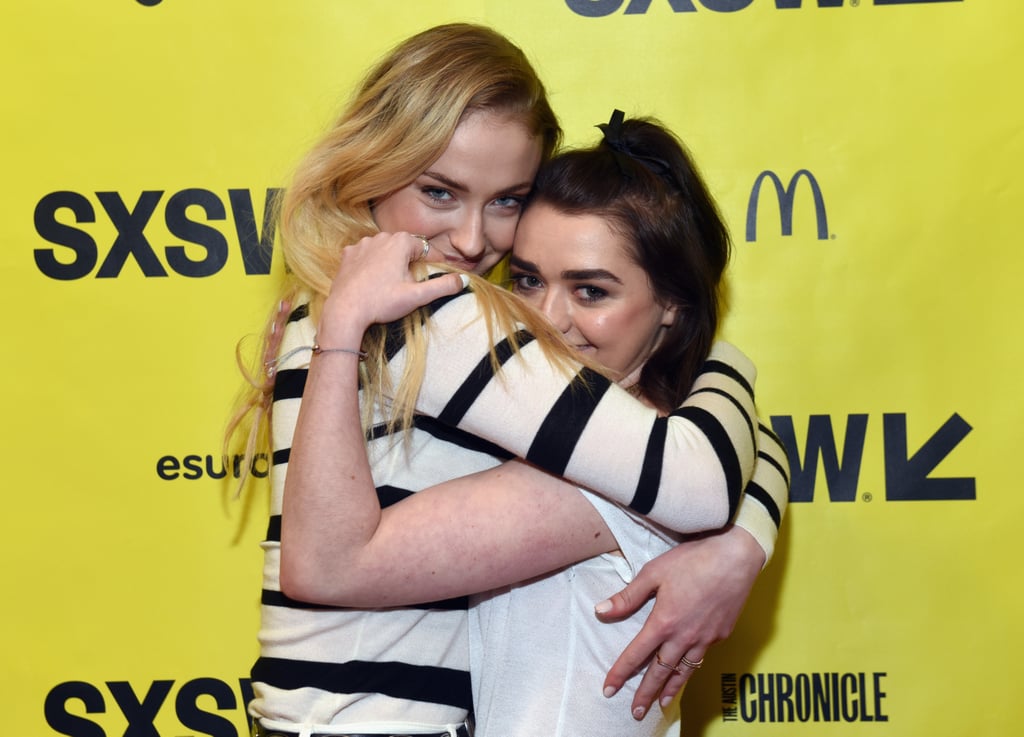 They play sisters on the small screen, but in real life, Game of Thrones stars Sophie Turner and Maisie Williams are adorable friends. Sophie and Maisie were 13 and 12 years old when the show first started filming, and they’re now 23 and 21, respectively. In an interview with The New York Times, the actresses explained why their friendship endures amid all the Game of Thrones madness, with Maisie saying, “Our other friends don’t 100 percent get it. Sometimes it’s nice to just be with the one person who does.” The pair also revealed that they bonded in their first audition together; Sophie said, “I remember a lot of high-fives being thrown around that day, like ‘Woo! Friendship!'”

They’ve continued to be the cutest pals ever since, hitting the red carpet together at Hollywood events and regularly taking to social media to share funny photos and videos of themselves. As the eighth and final season of Game of Thrones gets ready to premiere, scroll through their best BFF moments ahead.