She’s a celebrity chef who has gone on to become a writer and in-demand television personality.

And on Thursday Giada De Laurentiis showed of her many food creations to adoring fans when she appeared at the South Beach Wine and Food Festival in Miami, Florida.

The Italy native also sizzled when she flaunted her ample cleavage during an impromptu photo op behind one of her food stands. 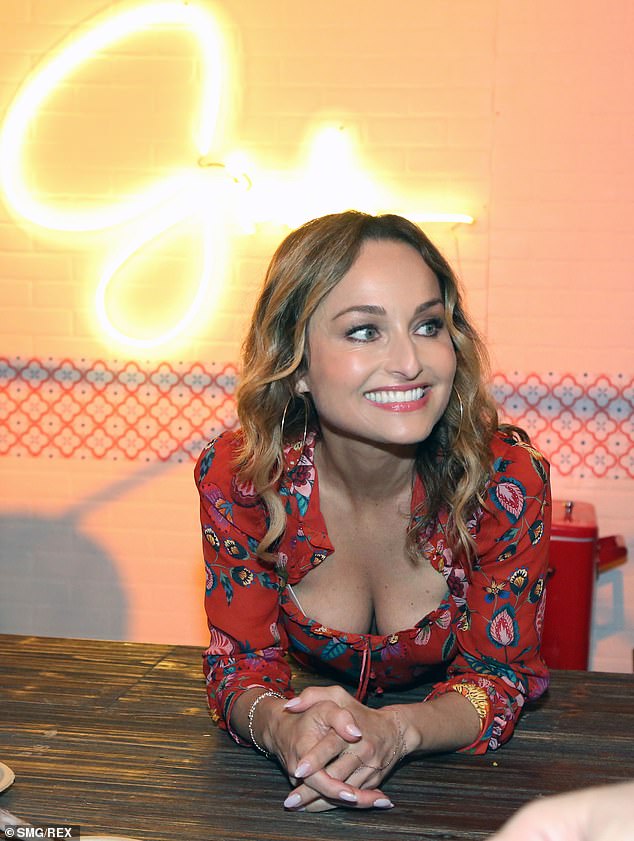 Giada De Laurentiis, 49 flaunted her sizzling food and cleavage at the South Beach Wine and Food Festival in Miami, Florida on Thursday

The 49-year-old made her way around the tasty festivities in a red-patterned mini-dress.

While making the rounds, she stopped by her food stand to entice people to try one of her lamb dishes.

During the photo-op she leaned over and put her ample assets partially on display, along with her trademark perky personality and big beaming smile. 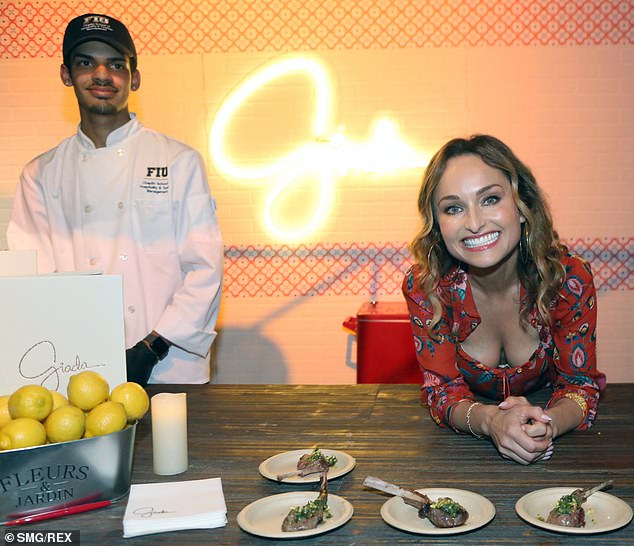 I’m sold! The Italy native was showcasing a lamb dish when she had her revealing moment 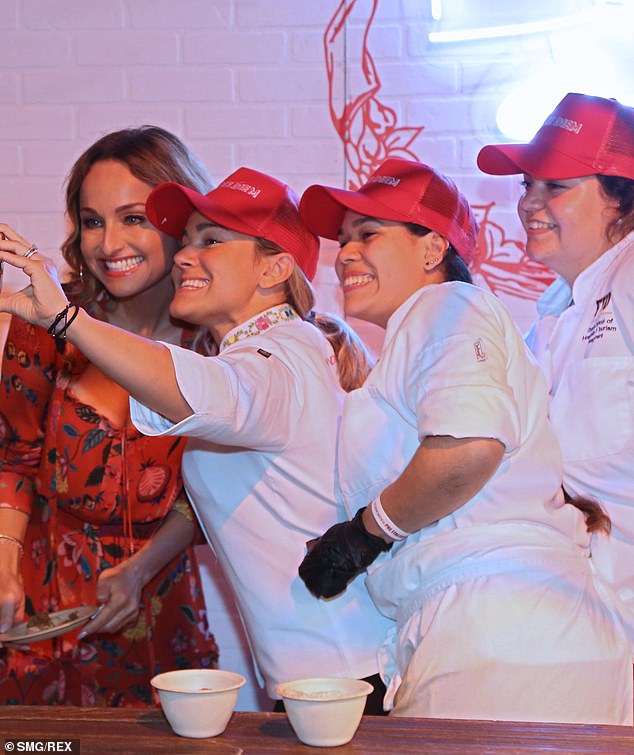 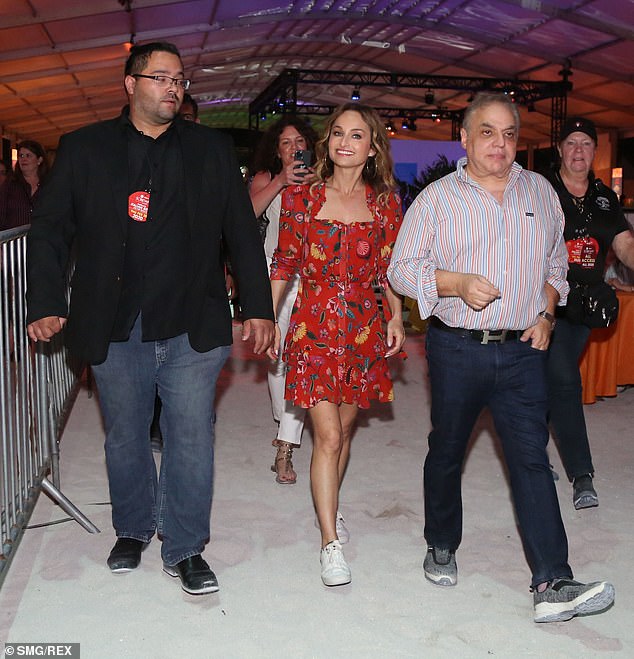 In-demand: The celebrity chef and TV personality was a big hit with fans at SOBEWFF 2020 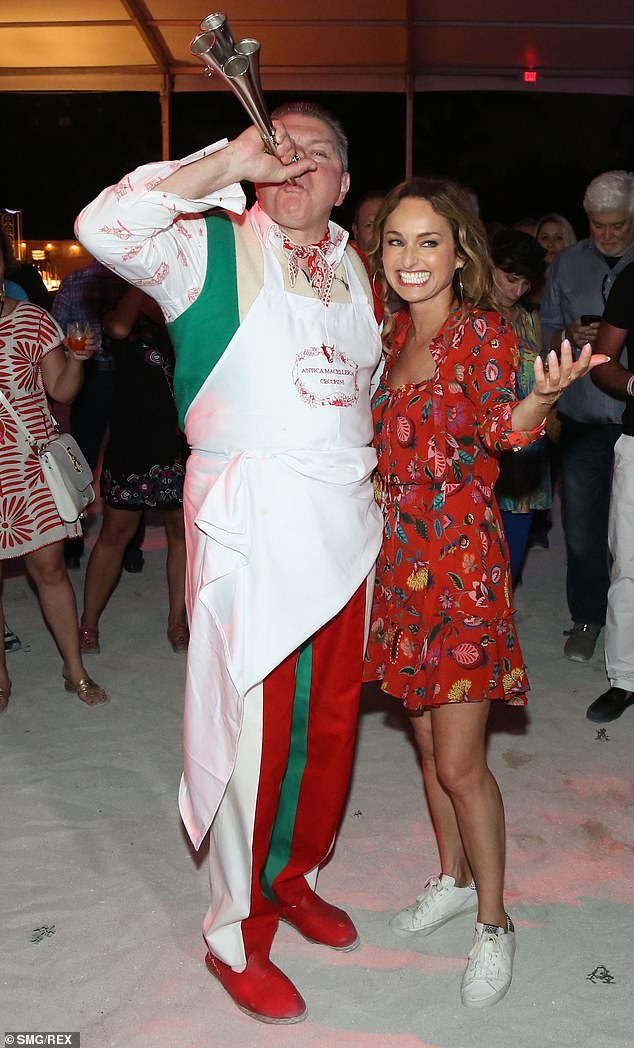 Lovely: Giada wore a red-patterned mini-dress and white sneakers at the annual event 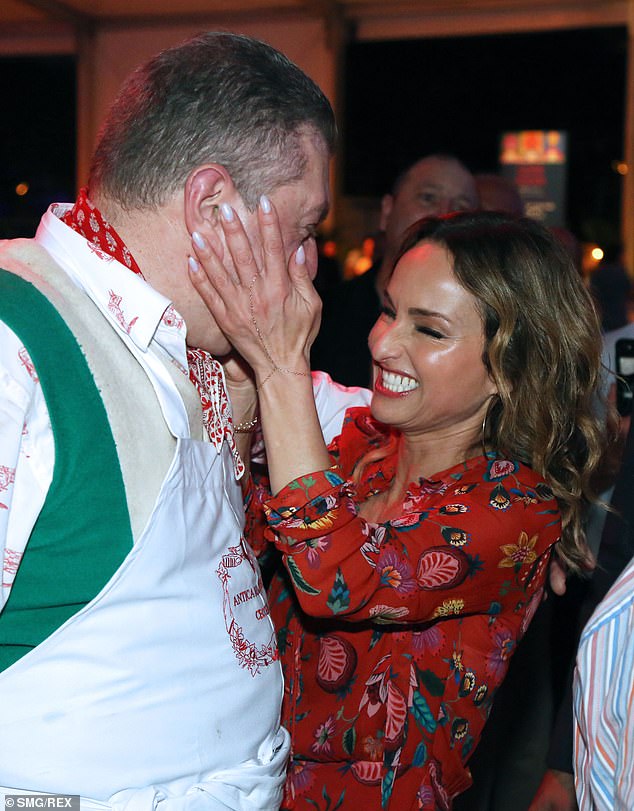 Working it: The Italy native also showed off her perky personality and trademark smile

After her parents’ divorce, Giada and her siblings moved to Southern California, where she eventually attended UCLA.

She also studied at Le Cordon Bleu in Paris, with aspirations of becoming a pastry chef.

Giada has since become a TV sensation with shows that includes Food Network’s Giada At Home and as a contributor on NBC’s Today. 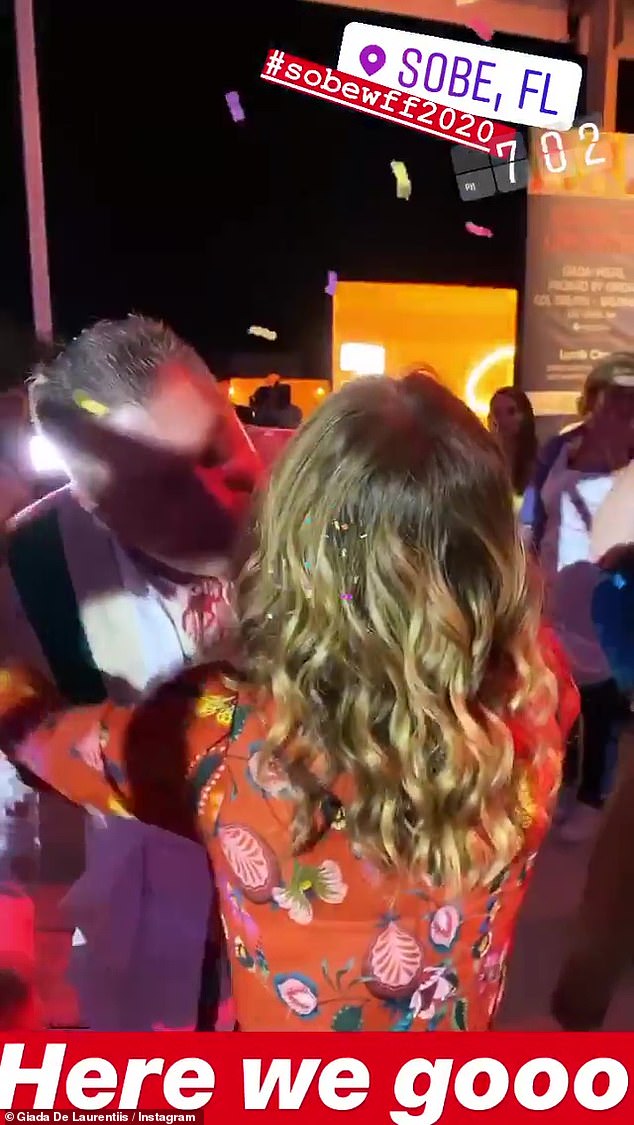 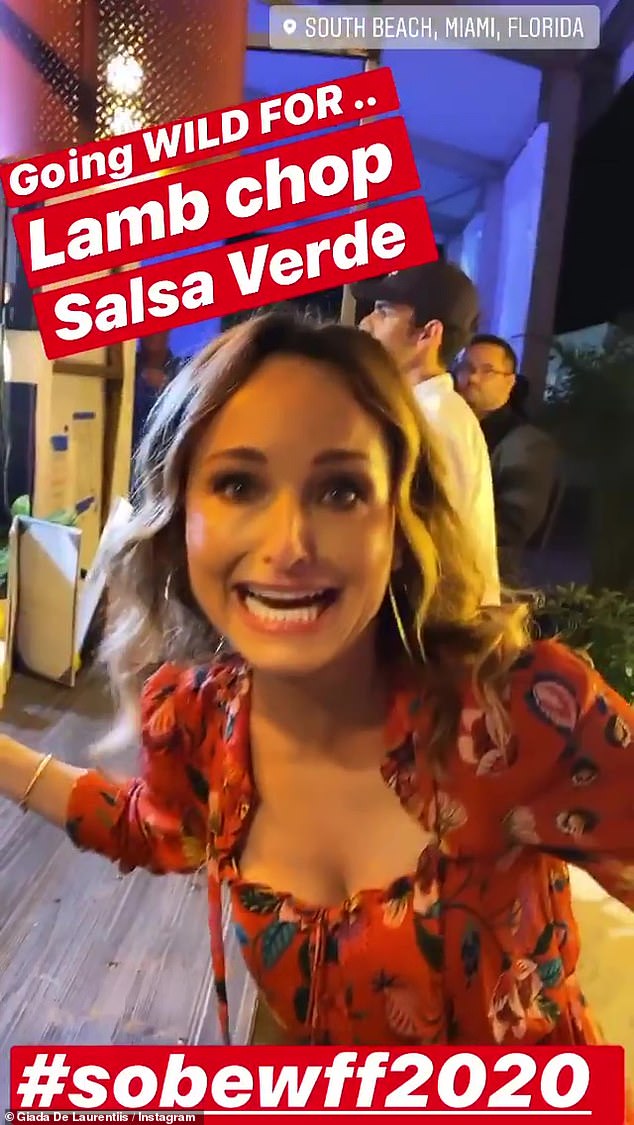 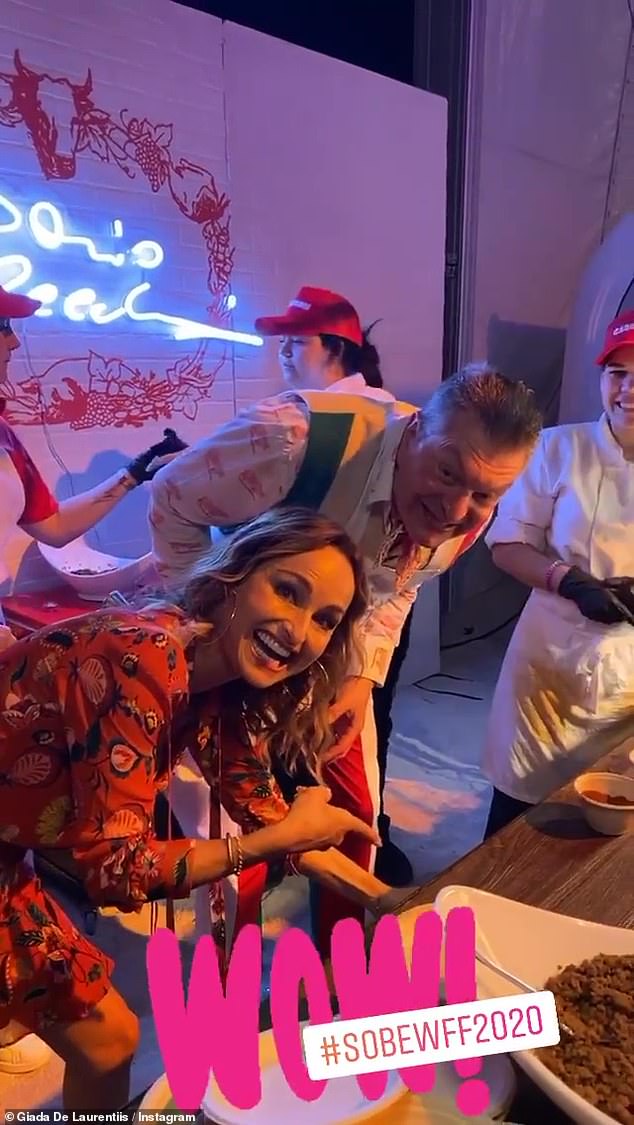 Tasty: The 49-year-old star made the rounds to check out all the offering