The 20-year-old wore a big smile on her face as she showed off her transformation wearing a bright yellow skater dress.

She had her naturally curly caramel locks styled straight and had her make-up expertly applied. 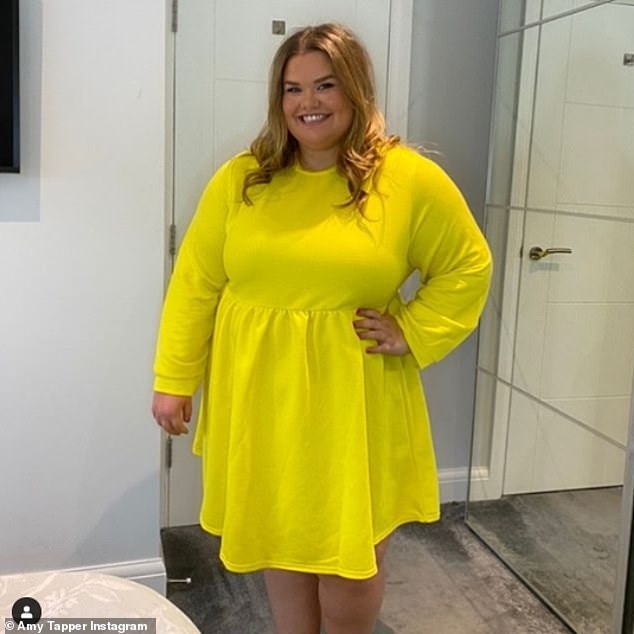 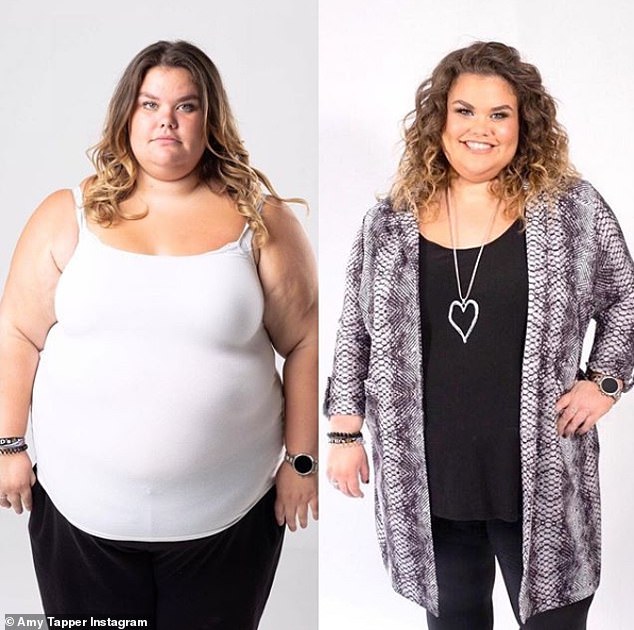 Weight loss: The former Gogglebox star, 20, has dropped to a dress size 20 and lost six inches off her waist (pictured before, left, and after, right)

And her latest post was all for a good cause, as she wrote in the caption: ‘Wearing Yellow today for #helloyellow.

‘Raising money for @youngmindsuk to help adults and teens with their mental health.’

She continued: ‘This is a charity very close to my heart at the moment and the things they do for family’s and friends is outstanding.

‘Please help this charity by donating and wearing yellow and posting on Social Media #helloyellow.’ 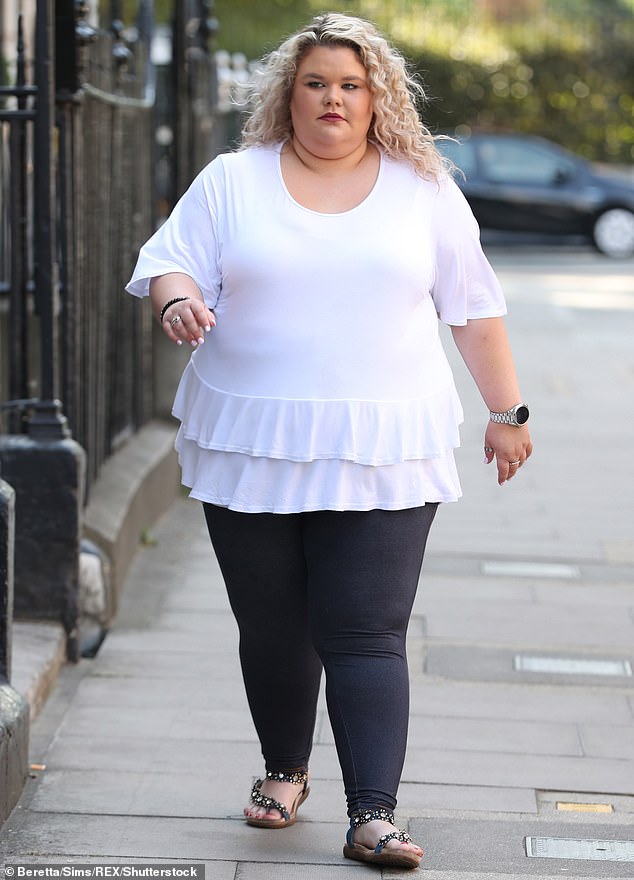 Trolled: Amy had previously been trolled with ‘horrible’ comments during her Gogglebox days (pictured before shedding three stone in 2018)

Amy discussed her staggering weight loss on Lorraine at the start of the year.

The star, who has dropped to a dress size 20 and lost six inches off her waist, revealed she has overhauled her lifestyle and credited the gym to helping her both physically and mentally.

Amy admitted that it has taken her years to learn how to change her routine and added that she still has a ‘long way to go’ as she wants to take her journey slowly.

She said: ‘There’s lots of things out there that are quick fixes but as soon as you come off it, you put the weight straight back on. And I want it to be a long term thing.’ 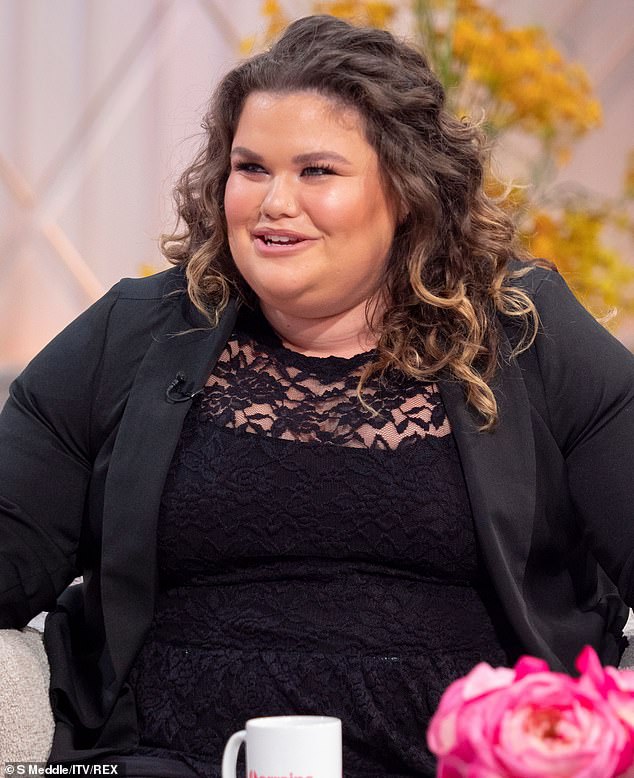 Speaking out: Amy discussed her staggering weight loss on Lorraine at the start of the year

Amy revealed that she feels better than ever with her energy levels improving, she continued: ‘I feel a lot better. My energy levels are so much higher. I can do a lot more things… Yeah, I feel so much better.

‘Unfortunately, it’s taken me a lot of years to learn, but I’m lucky I was young when I found it out. So it’s exercise… a lifestyle change. The gym has been the best thing for me mentally. The stress. You don’t realise it.’

She added: ‘So as soon as I came back, I just started this diet. Honestly, if I hadn’t have gone to the gym, I don’t know where I would be mentally.’ 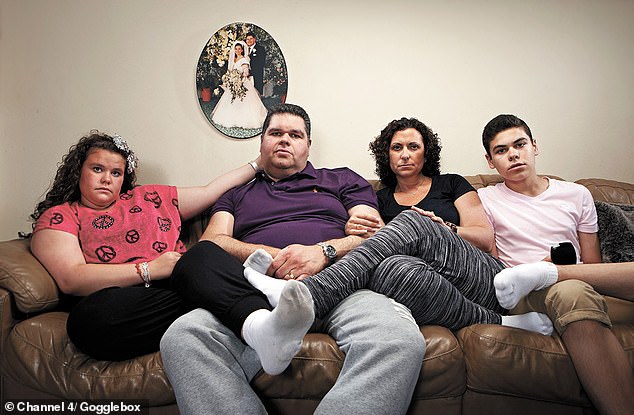 Family: Jonathan starred on Gogglebox with wife Nikki and children Josh and Amy (pictured in 2013)