She’s the daughter of a Michelin-starred chef but Holly Ramsay has decided on a very different career route.

The 20-year-old daughter of chef Gordon and his wife Tana signed to Established Modelling Agency last year, and has now posted stunning new head shots on her Instagram. 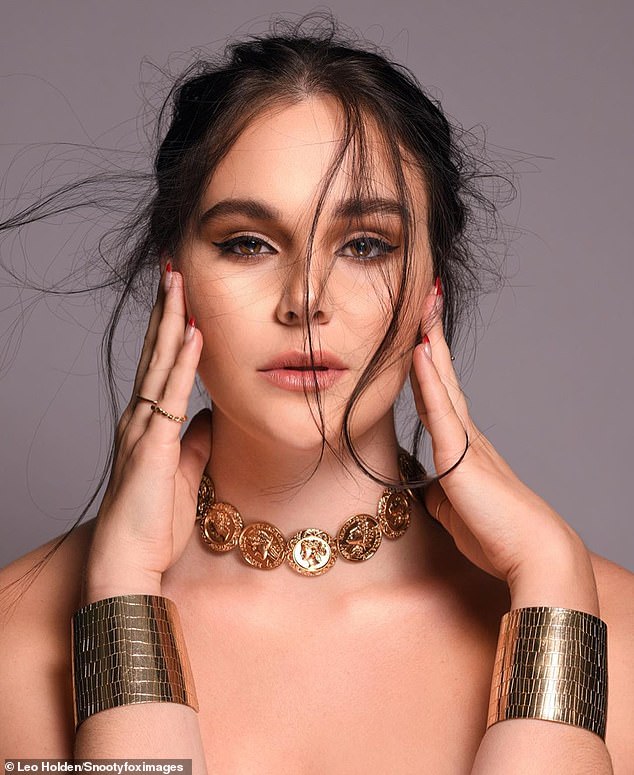 Holly is currently studying Fashion Design at university with her profile on the modelling agency website also describing her as an  ‘lifestyle influencer’.

‘Holly is navigating her celebrity routes and channelling her own identity using her profile and platforms to inspire others with a focus on creating unique and relatable content whilst travelling between London and LA,’ her profile reads.

‘Holly’s content can be described as nothing less than authentic, automatically putting her followers at ease that anything that she promotes is truly brilliant’.

‘She has a passion for fashion, trying new styles and trends and is currently studying Fashion Design at university with a dream of getting her work on the runway’. 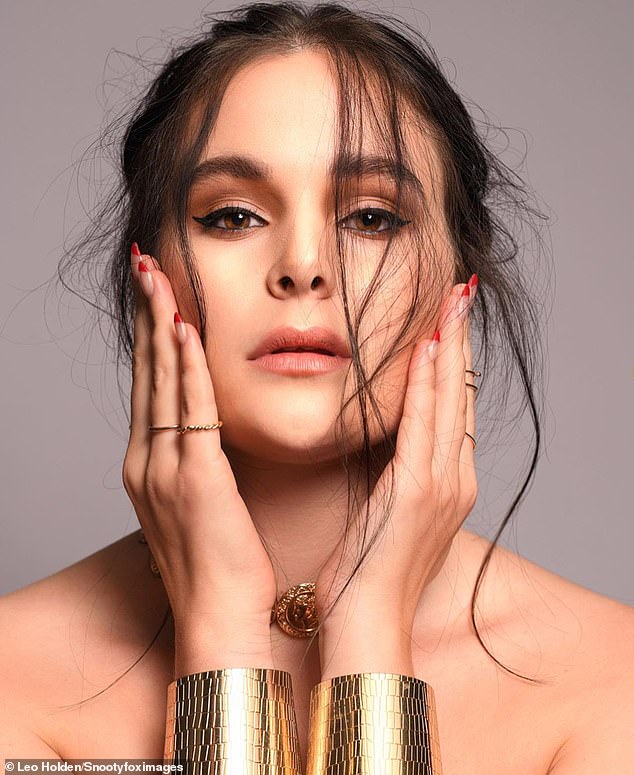 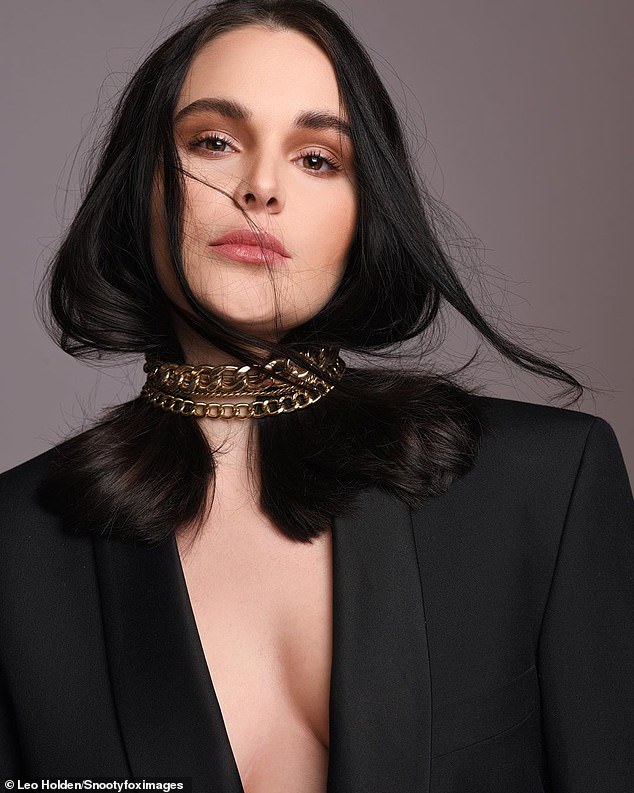 Taking the plunge: Holly posed for an arty shot, wearing a plunging black blazer and gold chains around her neck

Jack, 20, began the corps’ gruelling 32-week basic training course late last year and, if he shows the hunger to succeed, will earn a coveted green beret this autumn.

A source at the Royal Marines’ Commando Training Centre at Lympstone, Devon, said Jack had made a great start and was popular.

He added: ‘First and foremost, he is just another marine recruit to us, a ‘bod’. There’s no nepotism here and no favouritism. 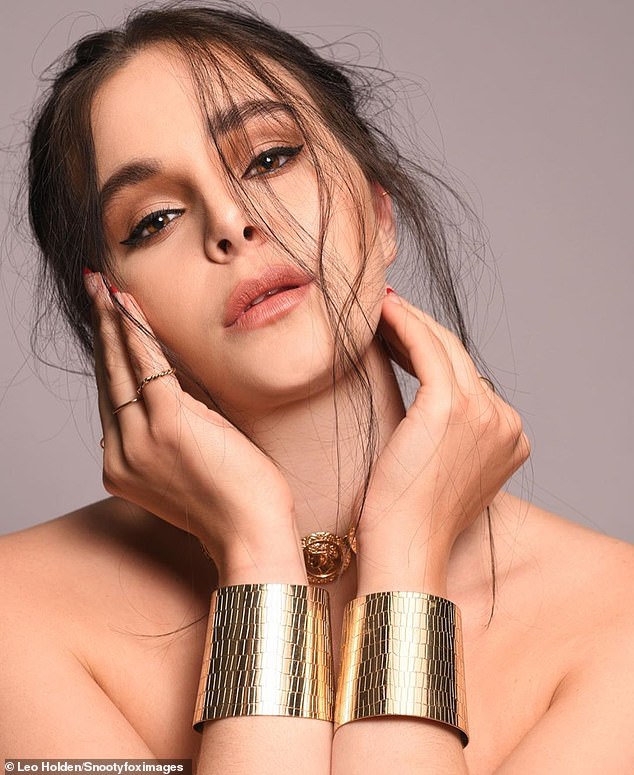 Working hard: Holly is currently studying Fashion Design at university with her profiled on the modelling agency website also describing her as an ‘lifestyle influencer’ 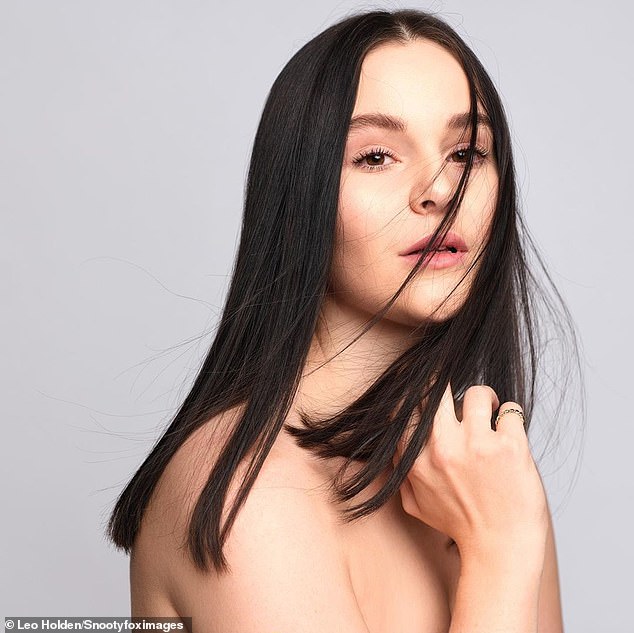 Striking: Holly bears more of a resemblance to her mother, Tana, than the rest of the Ramsay clan, who have all inherited Gordon’s blond hair

‘He’s getting his head down and delivering the goods so far. He seems fit and is well liked. Not surprisingly, there’s a lot of good-natured banter when Jack and his mates sit down to eat and when they’re on a field exercise about who should prepare the rations.’

Gordon has previously spoken about how his children will not inherit any of his fortune, telling The Telegraph: ‘I’ve never been really turned on about the money. That’s not my number one objective, and that’s reflected in the way the kids are brought up’.

‘[My fortune] is definitely not going to them, and that’s not in a mean way,’ he continued. ‘It’s to not spoil them. The only thing I’ve agreed with Tana is they get a 25 per cent deposit on a flat, but not the whole flat.’ 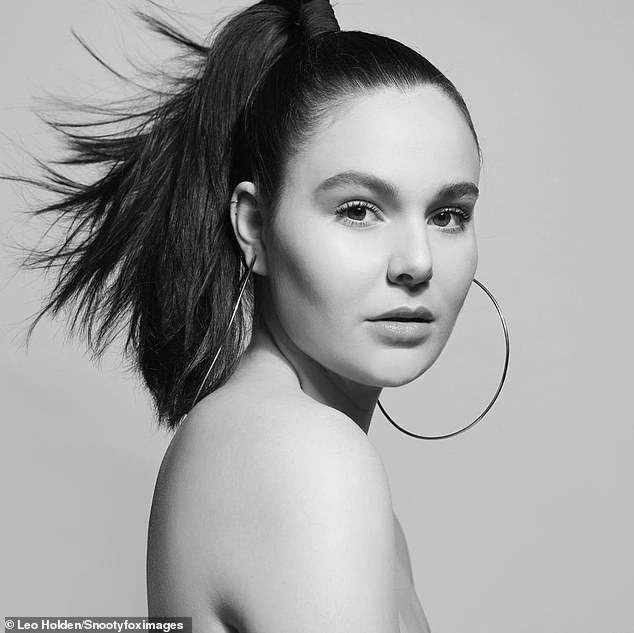 Arty: Holly also posed for a series of elegant black and white images 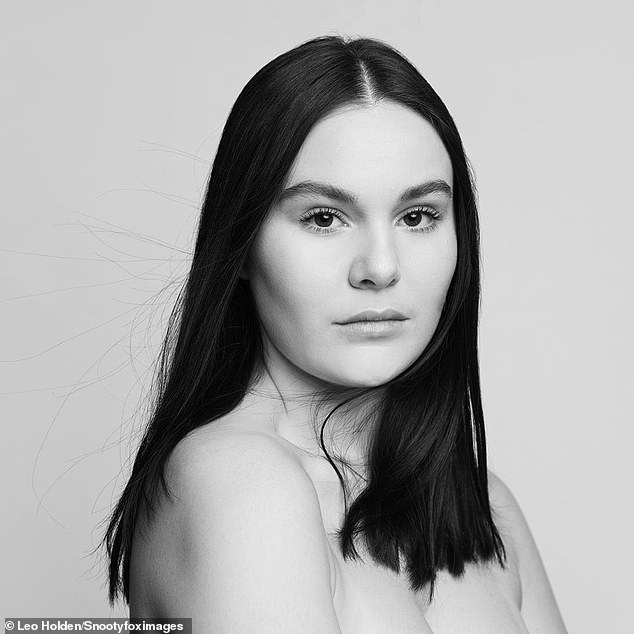 Speaking on a radio station in the US, Gordon also recently said that his five children are not allowed to ask him for a job.

He said: ‘I’m firm, I’m fair and I will give you everything I’ve got to get you to the very top. And that’s it, no bulls**t. I take a lot of flak for being straight and honest, but I’m not worried about that f***ing snowflake generation.’

He then added: ‘It’s like not employing the kids. I don’t want the staff thinking, “F**k it’s Ramsay’s kid, we can’t tell them off.

‘You want to work in this business? You f**k off to another chef, learn something different and come back with something new to improve the business.”‘ 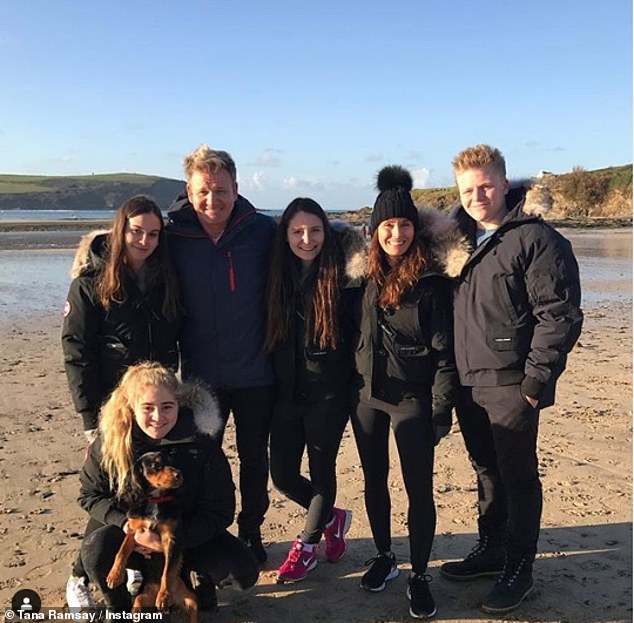 Family: Gordon has previously spoken about how his children will not inherit any of his fortune