Gwen Stefani ‘reintroduced’ herself on NBC’s New Year’s Eve stage, wearing an icy fit that looked straight from the early 2000’s. After the performance, Blake Shelton revealed what it feels like to be Gwen’s fiancé!

Gwen Stefani, 51, reminded fans who she is on NBC’s New Year’s Eve special on Dec. 31. Decked out in an icy ensemble — a star-shaped bikini top with a denim jacket and jeans draped in crystal fringe, complete with silver slouchy boots — Gwen proved that she’s still got the same style and glam that made her a pop icon in the ’90s and early 2000’s. It was an appropriate outfit to sing her new single in, “Let Me Reintroduce Myself.” 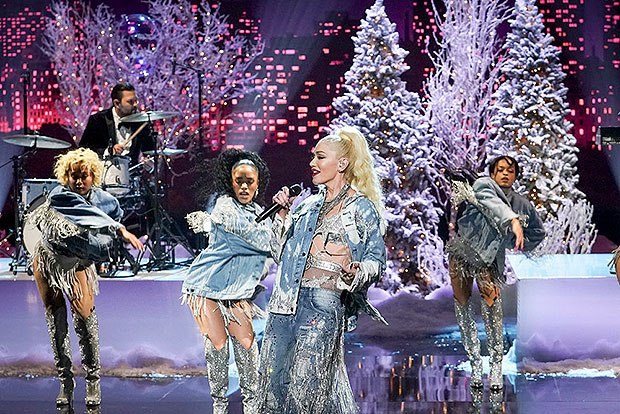 Gwen teased her concert look in a Twitter video before the performance, which showed her strutting down a hallway. You’ll get to see the No Doubt alum channel even more of her glamorousness: she is dropping the music video for “Let Me Reintroduce Myself” on New Year’s Day at 8 A.M. PT!

Blake Shelton, 44, was later interviewed on the NBC special, and he couldn’t stop gushing about being Gwen’s fiancé following his proposal this past October. “I got engaged to Gwen Stefani. I don’t care what else happened besides that. That made it a great year for me,” the country singer said, right before the network aired an exclusive premiere for his new “Minimum Wage” music video.

The last time we saw Gwen performing on a stage, she was duetting with Blake on the Dec. 14 episode of The Voice, which Gwen and Blake are currently serving as co-judges on. The newly engaged couple performed “Happy Anywhere,” their new country song that dropped this past July. 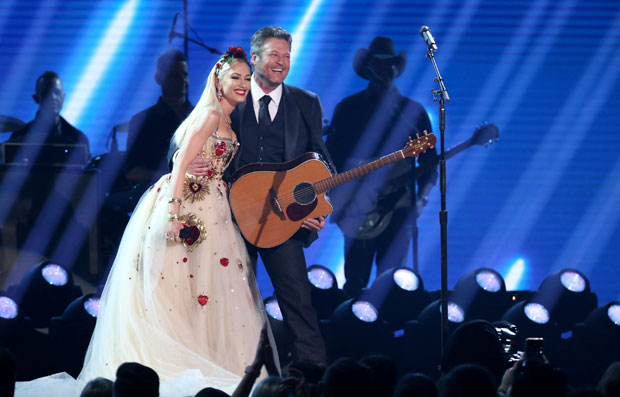 With 2021 drawing so close, it leaves one to wonder if it’ll be the year Gwen and Blake tie the knot. It’s hard to plan amid a pandemic, but a source close to the couple EXCLUSIVELY told HollywoodLife in November, “Blake and Gwen are thinking about doing a couple things. They want family and friends to be involved in their big day, but there is obviously details changing day in and day out.”

“Blake is letting Gwen take charge of the planning, whatever makes her happy, but it won’t be a big surprise to anyone if they opt to do something very low key and intimate on their property in Oklahoma,” another source told HollywoodLife. We’re looking forward to seeing what’s in store for Gwen and Blake’s 2021!