She got engaged to Blake Shelton in the fall after five years of dating.

And Gwen Stefani admitted Thursday that the country star’s proposal ‘was right on time’ as their relationship had matured.

The 51-year-old pop legend stopped by Today for a virtual interview on Thursday in which co-host Carson Daly also revealed that he once told his old friend that she and Blake weren’t right for each other. 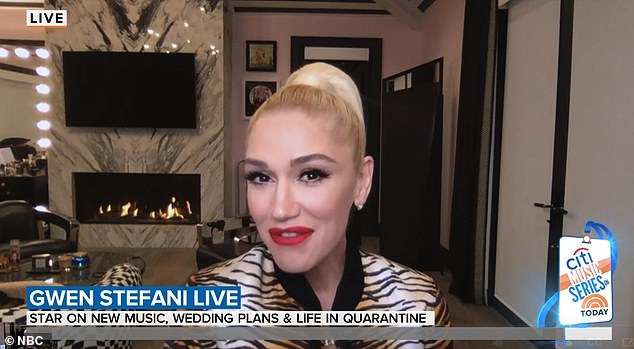 Meant to be: Gwen Stefani, 51, said her fiancé Blake Shelton’s proposal arrived ‘right on time’ during an interview Thursday on Today

According to Gwen, it was obvious from the start that Blake was the right person for her.

‘He’s just such a good guy,’ she said while beaming. ‘He’s one of the most generous human beings and down to earth.

‘It all sounds so generic, but it’s just so true. He’s so gifted and so unique and talented and he really is just my best friend,’ she gushed.

The No Doubt singer had nothing but positive thoughts for the future.

‘I feel just so excited that I have someone in my life that now I have a chance at like, happiness, you know what I mean? For a long time to come. It’s just a blessing, the whole thing and it is a miracle,’ she said. 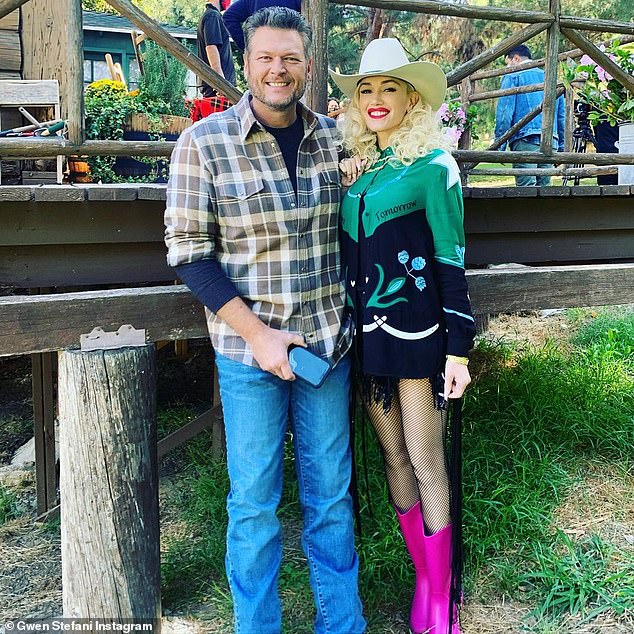 Loved up: ‘He’s just such a good guy,’ she said of Blake. ‘He’s one of the most generous human beings and down to earth’ 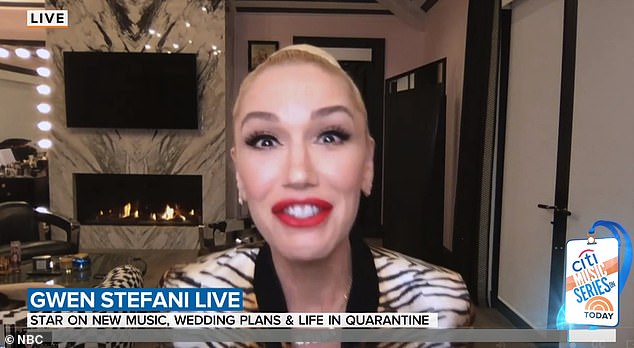 Perfect timing: She said the two wanted to get married right away, but they took time for some ‘healing’ from previous relationship trauma, so when he proposed it ‘was right on time’

Still, Gwen sounded surprised that their relationship even got off the ground, as it came amid her divorce from Gavin Rossdale and his split from Miranda Lambert.

‘You just don’t see things that are right around the corner after such like, devastation.’

She also had ‘a lot to consider when you have so many people involved,’ including the futures of her children if she remarried.

If anything, she had to tamp down on her instinct to jump into the relationship head first.

‘I think in a romantic way when you fall in love so hard and so unexpectedly and so late in your life, you think, “I wanna marry you, like now!”‘ she said. ‘That’s the first romantic reaction. Let’s go get married, you know?’

But after some ‘healing’ from the trauma of previous relationships and breakups, Blake’s proposal ‘was right on time.’ 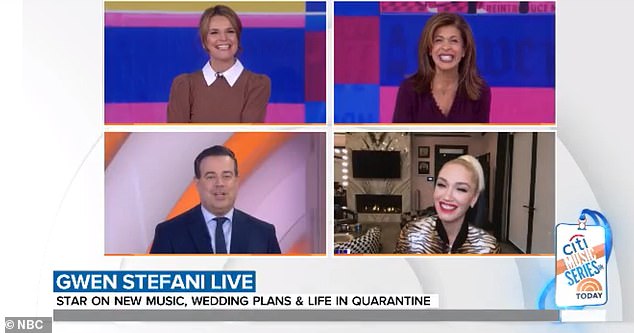 Whoops! Elsewhere in the interview, Today co-host Carson Daly admitted that he once had a chat with Gwen and Blake in which he urged the two to reconsider dating 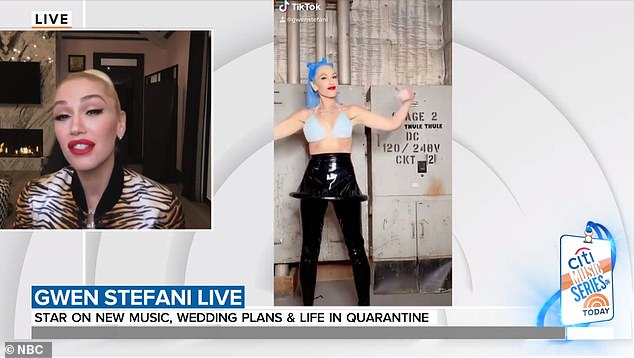 Close enough: The singer revealed that her outfits for her Let Me Reintroduce Myself video weren’t the originals, which are on display in Las Vegas

The couple first confirmed their relationship in 2015, and their fans got to see their romance develop on television as they appeared together on the singing competition The Voice.

Elsewhere in the interview, Today co-host Carson Daly admitted that he once had a chat with Gwen and Blake in which he urged the two to reconsider dating.

‘Five years ago, when you started to date Blake, you’ll remember this, we went back to your house, your old house in LA, and I sat you and Blake down in the kitchen,’ he recalled.

‘And I said, “You guys, pump the brakes. This is not good. This is not going to work.” And I looked at Gwen, and I said, “You’re much, much too good for this guy. You’re smart. You’re intelligent. You’re one of my oldest friends. And then there’s Blake,”‘ he added, which amused the songstress. 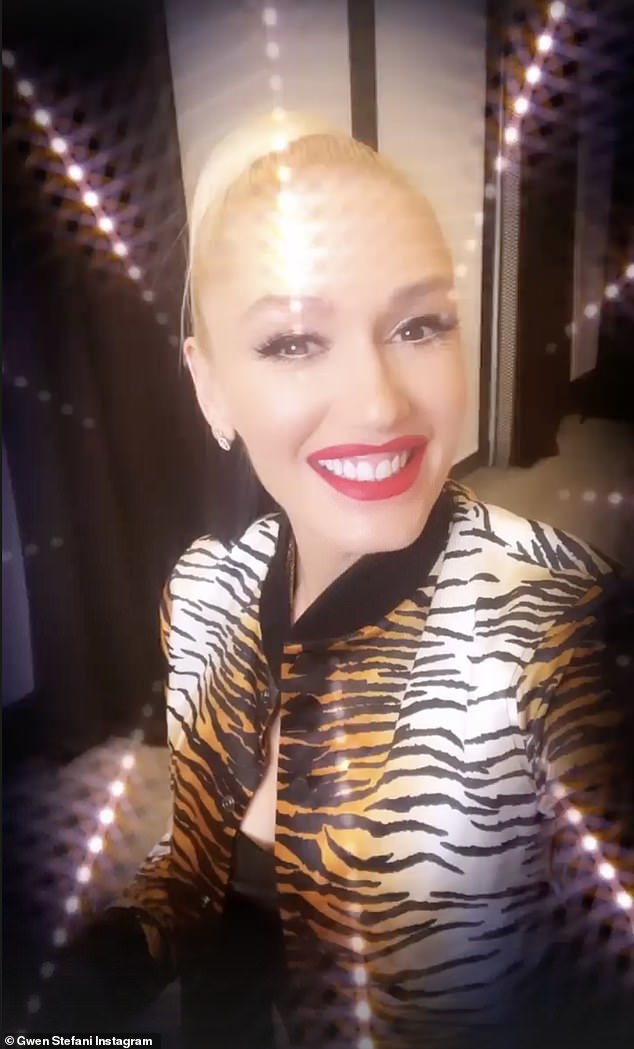 Early riser: On her Insta Stories, she showed off her tiger-stripe jacket and low-cut black tank top. She admitted she had to get up at 2 a.m. to appear on Today 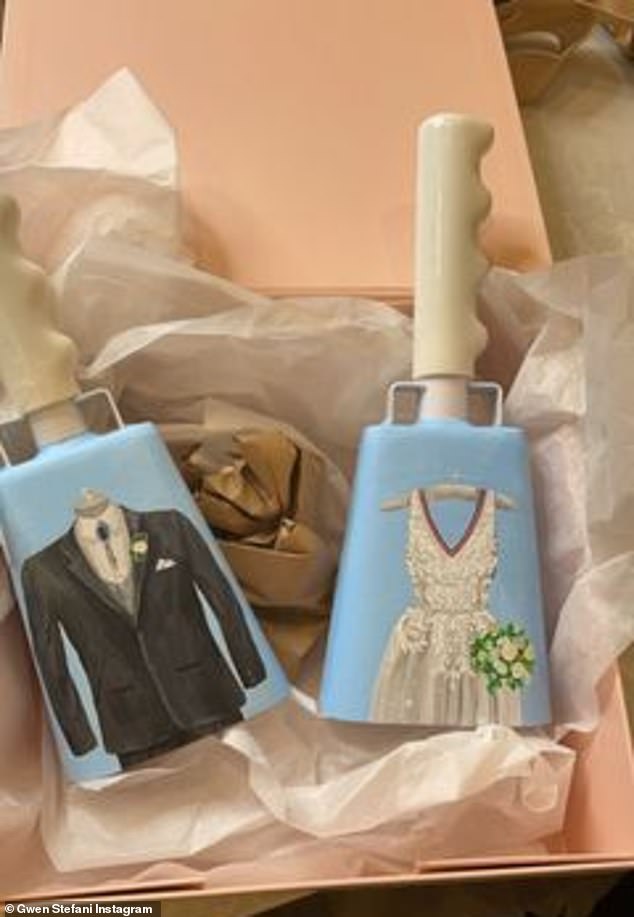 Cute: The show’s staff sent her a sweet present of two baby blue cowbells with a black tuxedo painted on one and a white wedding dress on the other

On Instagram, Gwen admitted that she had to get up at 2 a.m. in order to record her Today appearance, which included a performance of her new single Let Me Reintroduce Myself.

The singer gave a better view of the tiger-stripe jacket and low-cut black tank top that she wore on the show while using a starburst filter around herself.

She added that the Today hosts sent her ‘the coolest gift,’ which she revealed was a his and hers set of baby blue cowbells, with thick grips and a black tuxedo painted on one and a white wedding dress on the other.

In Let Me Reintroduce Myself, Gwen returns to the classic sound of her heyday with No Doubt while in the video she wears some of her iconic looks throughout the years.

However, in her interview she admitted that they weren’t the original clothes, which were displayed in Las Vegas for her ongoing residency concerts. 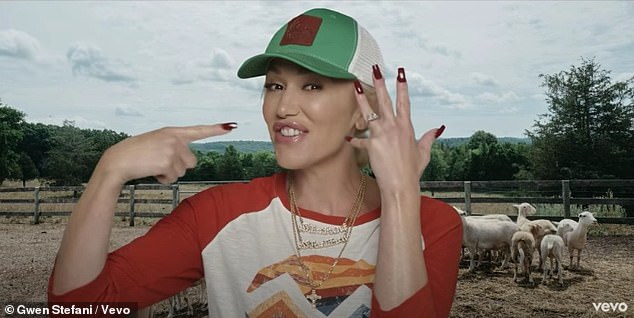 Gwen recently released the single Let Me Reintroduce Myself, which features her cycling through her classic looks and showcases her classic No Doubt sound