On Tuesday evening, the supermodel was seen out in Beverly Hills with her husband, Justin Bieber, wearing a black-and-white puff-sleeved floral-print minidress by Alessandra Rich. She paired the look with black Gianvito Rossi high heels, as well as a green statement handbag by Bottega Veneta. Justin went the more colorful route for the occasion, rocking a patterned Hawaiian shirt over a sleeveless white undershirt, along with the same Omnis Studios mushroom-and-gummy bear charm necklace as featured on another date night out with Hailey a couple weeks ago. He also took a style nod from his wife and opted to accessorize with green-and-white Nike sneakers to cap off the look. 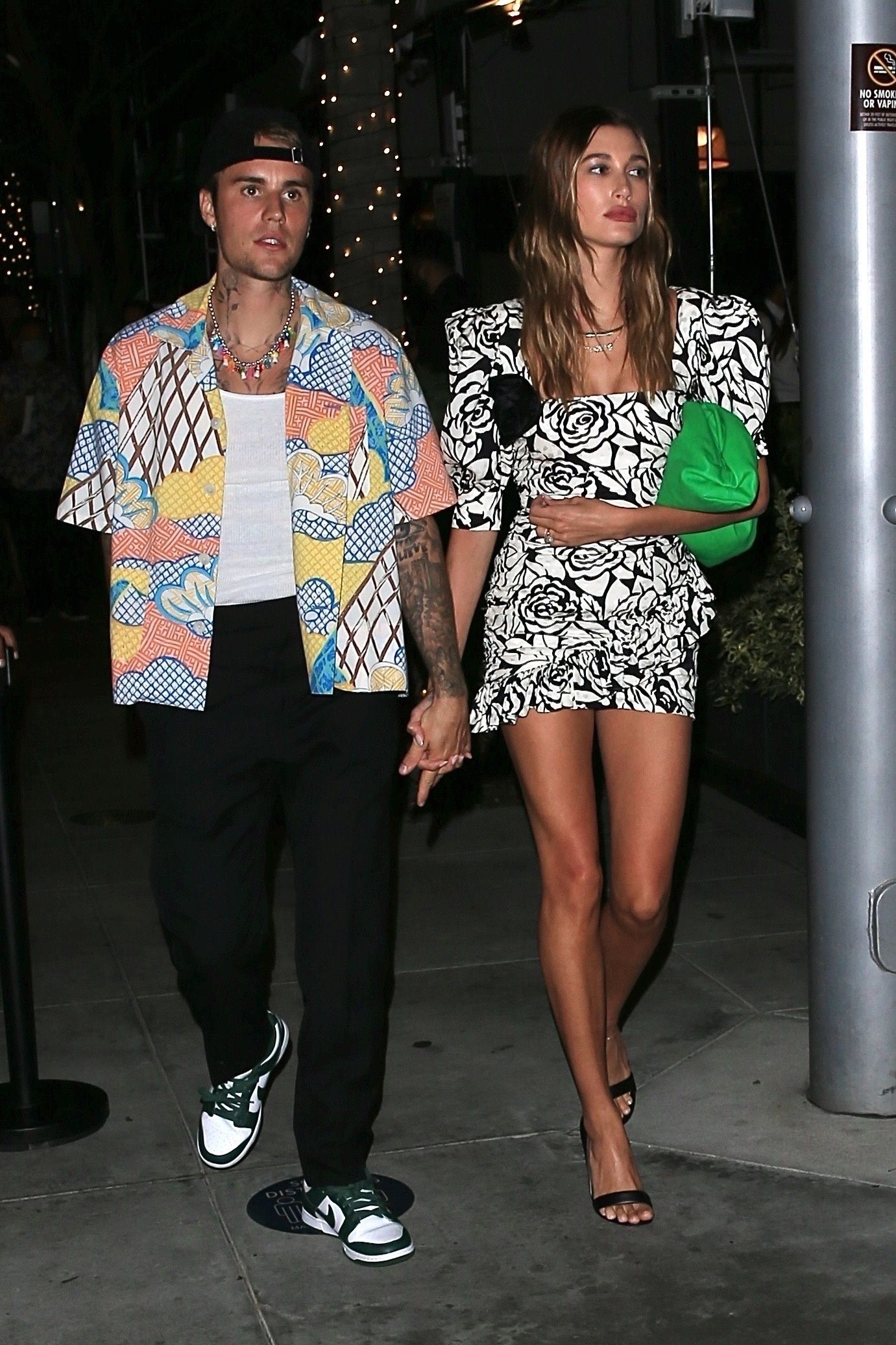 The couple’s latest outing comes ahead of their third wedding anniversary next month. Earlier this year, the model opened up to ELLE about the progression of her relationship with Justin. “We were friends first for a really long time before there was anything romantic. But we always knew that we were aligned on what we wanted in our future. We had talked about wanting to be married young and having a family young and building a life. Even before we knew we wanted to be with each other,” Hailey recalled.

“I mean, I was married when I was 21, two months before I turned 22, which is insanely young. And sounds almost ridiculous when you say it out loud,” she added. “Although I do think for somebody like me and somebody like Justin, [it’s different]. We’ve seen a lot for our age. We have both lived enough life to know that’s what we wanted.”