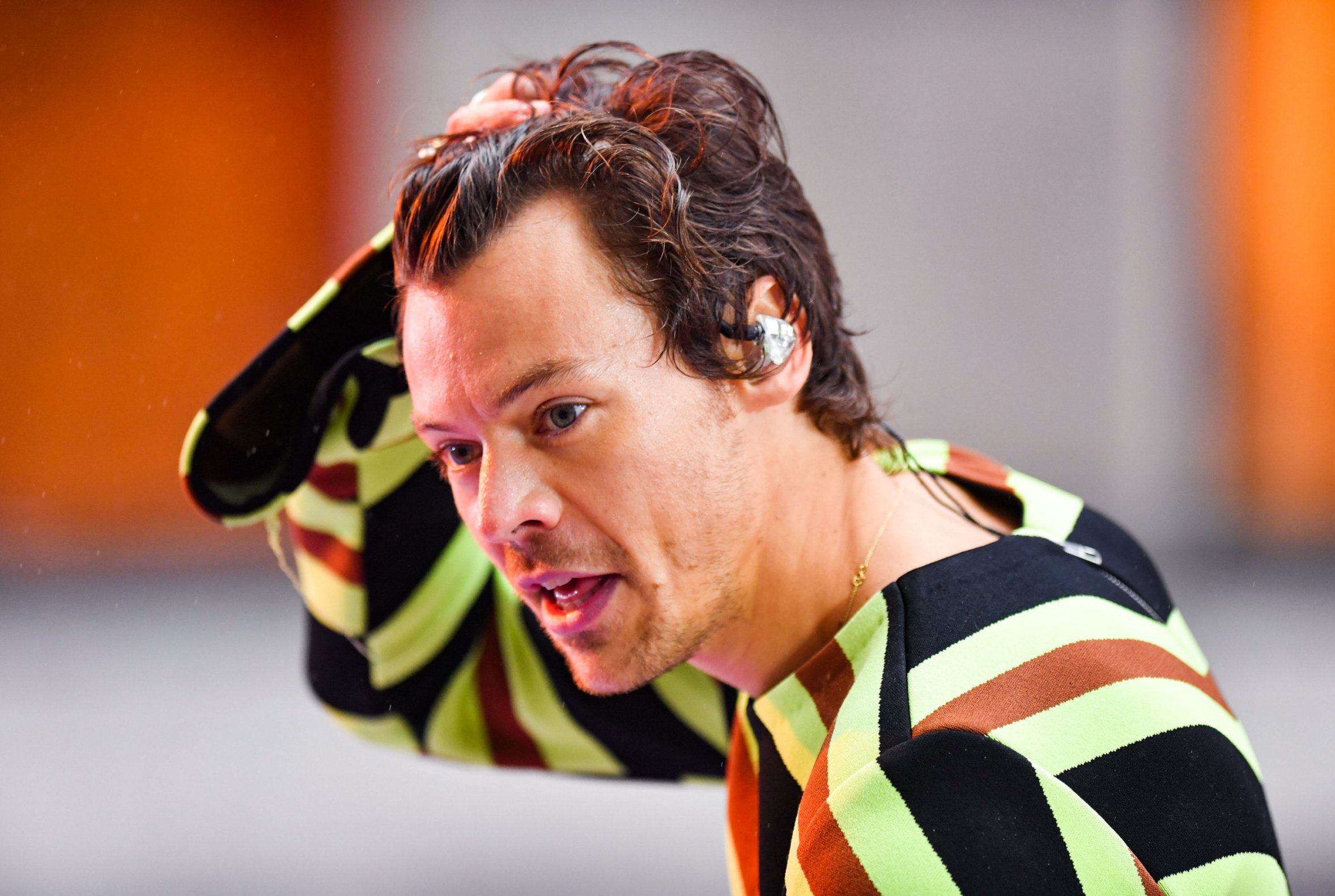 Everyone keep calm – Harry Styles is up for a One Direction reunion.

The 28-year-old is currently enjoying an absolute monster of a career, with his third solo album dominating the charts and lead single As It Was breaking records all over the place.

He is also playing the lead role in several high-profile upcoming films, including one for which he has been tipped for an Oscar.

Despite all this, Harry has far from forgotten where he came from, and might be feeling a touch sentimental as he reflects on his days as a member of One Direction.

The Watermelon Sugar singer spoke in a new interview where he said he would be happy for a 1D reunion to take place, but it has to be at the right time.

Appearing on a new episode of the Spout Podcast, Harry first said he doesn’t know how he would feel about the band getting back together, before adding ‘the thought of it is really nice.’

‘I’d love for there to be a time where it felt like something we all wanted to do,’ he added.

‘I think we all went through something really special together, and there’s a lot of love there.’

He went on – allowing hope to unfurl in Directioners’ hearts once again – ‘Yeah, I think if there’s a moment for us to do it in the right way, I think it’d be great.’

But while we would all love to see Harry, Zayn Malik, Niall Horan, Liam Payne and Louis Tomlinson back performing together again, it doesn’t seem like it could be on the cards any time soon.

Former 1D member Liam recently raised eyebrows when he spilled the beans on his time in the band on a podcast with Logan Paul, claiming he and Louis ‘hated’ each other and admitting there were ‘many things’ he disliked about Zayn.

But it hasn’t all been stress for Directioners lately, as Zayn shared a clip to Instagram of himself singing that unreal high note in the major One Direction hit You and I.

Fans were driven even wilder when they noticed the clip had been liked by none other than Louis, leading some to hope that there really could be a reunion someday.

But for now, Harry is busy with his solo career and rising acting career, with the first trailer for upcoming film My Policeman dropping on Wednesday.

It tells the story of a gay policeman – played by Harry – in the 1950s, who falls in love with a man and struggles with his feelings as he is married to a woman.

Living in Brighton in the 1950’s, when being gay was illegal, Harry’s character struggles with his sexuality when he falls in love with a museum curator.

The singer also stars alongside Florence Pugh in thriller Don’t Worry Darling, in which a seemingly utopian little town is revealed to be hiding a dark secret.