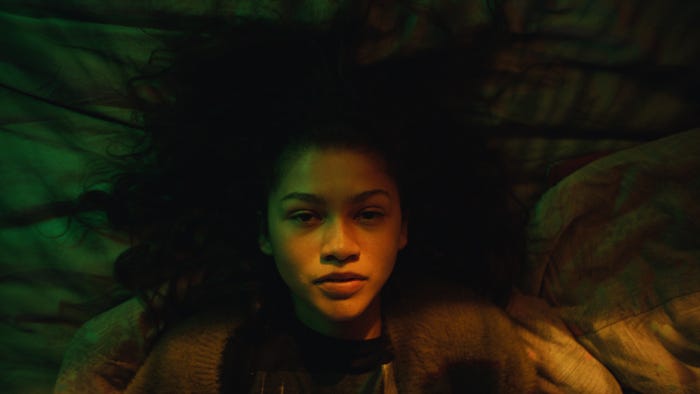 HBO's popular teen drama "Euphoria" is set to return next week with two new episodes ahead of its forthcoming second season.

The new episodes will continue on the story from season one and were both produced under COVID-19 guidelines.

HBO had previously announced a special pandemic episode of the series to act as a narrative bridge between the first and second season, which has been delayed because of COVID-related production restrictions, but a "Euphoria" Christmas special has also been produced.

The announcement came after the drama picked up three Emmy awards including a historic win for Zendaya who beat out Olivia Colman ("The Crown") and Jennifer Aniston ("The Morning Show") to take home the gong for lead actress in a drama aged just 24.

Both episodes were written and directed by the show's creator Sam Levinson, and the first episode titled "Trouble Don't Last Always" will air on Sunday, December 6, and according to HBO, the episode will follow directly from the aftermath of last season's controversial finale.

So, in preparation, here's a comprehensive list of where all the major characters ended up on the last season of "Euphoria."

Rue abandoned Jules and then relapsed 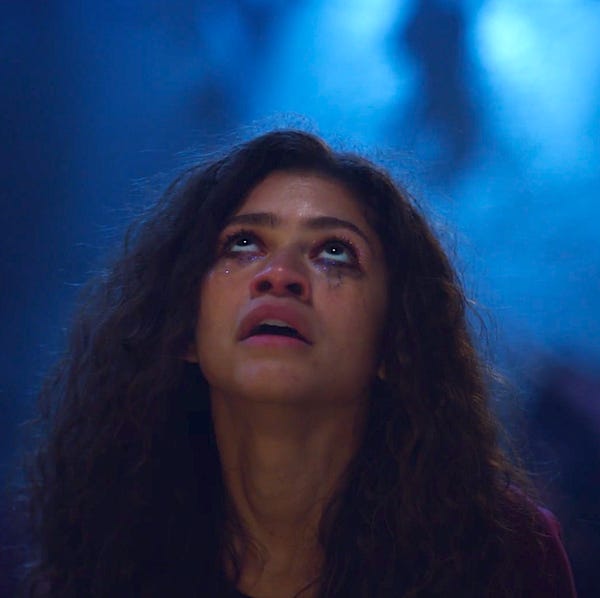 From the outset, Zendaya's Rue skates the razor-thin line between self-destruction and sobriety, with her only source of stability coming in the form of her new best friend and partner, Jules.

But as season one develops, the pair's relationship intensifies and finally hits its apex in the season finale after Rue suggests that the pair pack up and run away, board a train anywhere and leave everything behind.

Jules agrees and leads the way, but by the time they get to the train station, Rue starts to second-guess the plan and voices her uncertainties. In a gut-wrenching final scene, Rue stays behind and watches on as Jules boards the train alone and rides away into the unknown.

Unable to deal with what she's done, Rue has a panic attack and appears to relapse after three months of sobriety in a spiraling scene, which ends with a beautiful but audacious musical number performed by Zendaya.

Jules' future is uncertain after leaving Rue behind 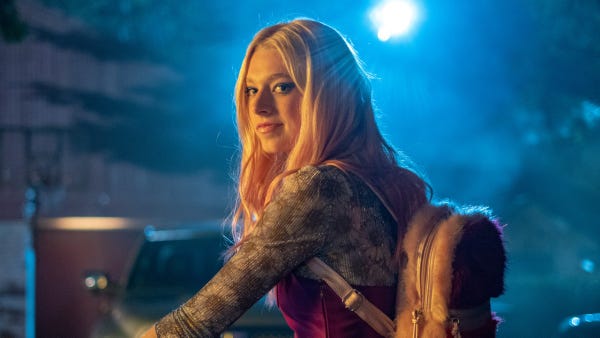 Jules had spent the entire season in denial over Rue's true feelings, so the final train sequence packs an emotional punch.

But Jules's future was up in the air long before Rue abandoned her. To start, there's the impossibly complicated father-son love triangle in which she was catfished by Nate, the school quarterback, who also happened to be the son of one of her online hook-ups, Cal.

Nate had started blackmailing her using the intimate pictures she'd been sending him at the season's end. And to complicate things even further, Cal filmed their hookup, and later in the season finale, it looks like the footage may have fallen into the wrong hands.

Fez broke into a house and maybe killed an innocent doctor 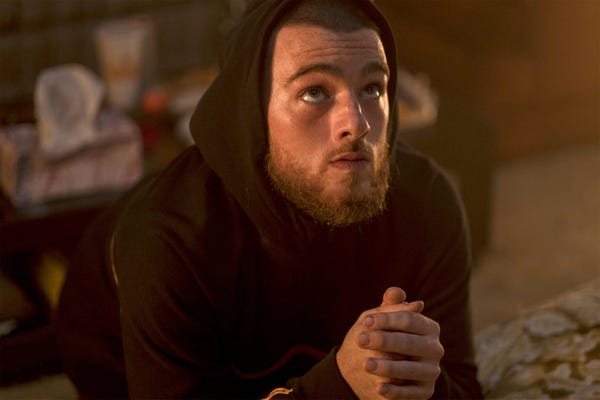 Fez — the show's kind-hearted drug dealer — is a fan favorite, but he is last seen breaking into the home of a local doctor and violently beating him in front of his son in an attempt to steal the wads of cash he keeps under his desk.

The robbery was arranged to settle a debt Fez had with his unhinged drug supplier Mouse. And later, when Fez hands the money over, it seems like he has managed to pull off the robbery without any fatalities.

But in the final scene, the camera pushes into the money and reveals a worrying splatter of blood all over the cash, suggesting that Fez didn't get away as smoothly as we first thought.

Cassie had an abortion 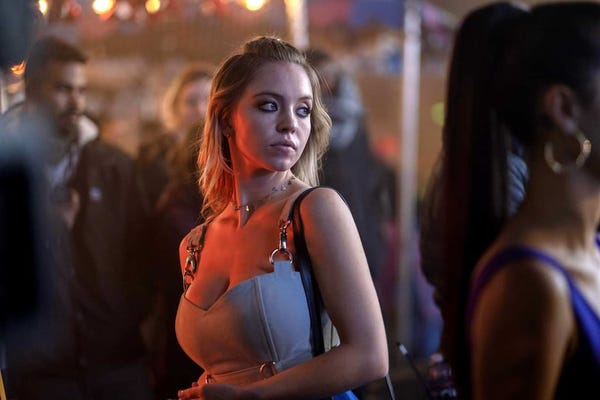 In the season's penultimate episode, Cassie realizes that she is pregnant. Deciding to keep the news a secret from her friends and family, she turns to her boyfriend Chris McKay, who couldn't be less sympathetic.

He spirals into a panic and makes it clear that he is not interested in becoming a father or helping her come to terms with the pregnancy.

But with the support of her mom and sister, Cassie decides to go through with an abortion. And the finale takes the audience through every intimate part of the procedure.

Nate had a meltdown while confronting his father 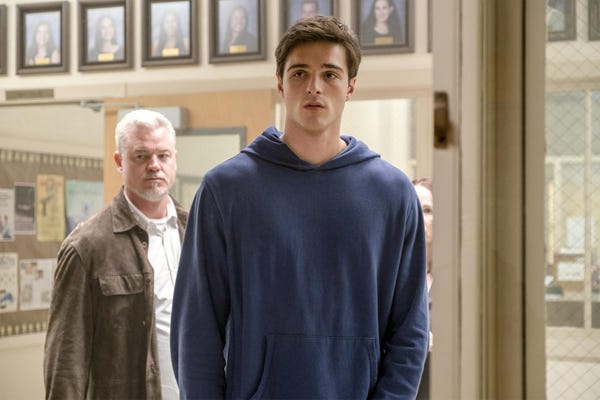 Audiences are finally given some insight into the dark mind of Nate in the season finale. Through a series of flashbacks, the show unpacks the origins of his troubles: his abusive father, Cal.

And when the episode flashes back to the present, we find the pair in a full-blown fight. Cal pins his son down and begins to wrestle with him violently. Nate tries to fight back but loses control and cries out in rage, and starts to slam his own head again the wall.

Taken aback, recognizing the monster he has created but can no longer contain, Cal leaves the room as his son continues to bash his head against the wall repeatedly. 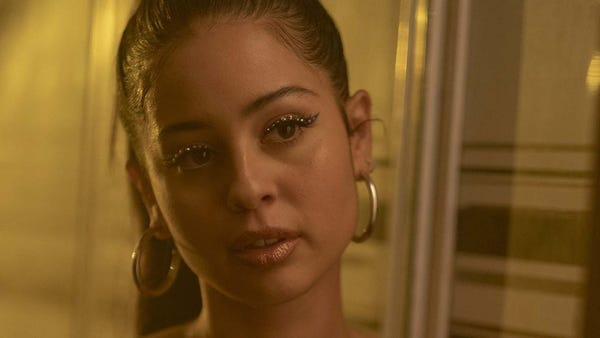 We are introduced to Maddy through her messy relationship with the controlling and abusive Nate, and by the end of season one, their relationship hasn't got any healthier.

The season ends with Maddy finding numerous images of other men on Nate's phone and in an attempt to reassure him, she says that it is okay if he wants to explore his sexuality, but he brushes her off.

And while at his house, Maddy swipes a DVD that she finds in his room — and judging by her expression when she watches it, the footage revealed something shocking. Presumably, it's one of Cal's sex tapes that we see earlier in the season, perhaps footage of Jules' motel room encounter.

Kat reconciled with Ethan in the show's only happy ending 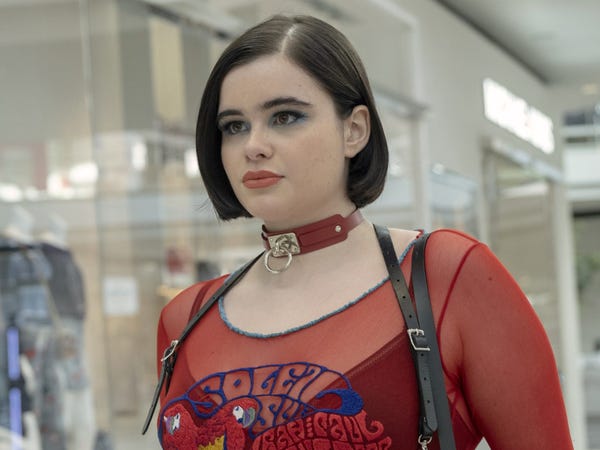 After spending the entire season drifting further into obscurity, Kat is surprisingly the only character on the show who isn't left with a dark, existential ending.

In contrast, she ends the season rekindling a romance with Ethan, who she had previously met in class but subsequently ghosted during her brief foray into the world of online adult entertainment.

The pair patch things up at their school's winter formal and end the night with a sweet kiss.