What makes a hit song?

It needs to be catchy or pull at the heartstrings, and of course the vocals need to be spot on.

A lot of work goes into producing a chart-topping hit, and in some cases the process can be long and very stressful.

No one knows this better then the team behind the hit song The Middle, which is currently at number 7 in the UK’s official chart.

The long process started at the beginning of 2017 when songwriter Sarah Aarons and production team Monsters & Strangerz sat down to write the song.

When it was finished the demo was sent off to Demi Lovato , who really liked it.

However she thought it was "too pop" for her and was worried it conflicted with her hit song Sorry Not Sorry, so she decided to turn it down.

They then got DJ Zedd on board and the track was starting to come together, but they still needed a female vocalist to finish it off.

Camila Cabello was top of the list and recorded the track. However she was worried a new song would take attention away from her massive track Havana, which was quickly climbing up the charts.

After that Call Me Maybe singer Carly Rae Jepson , Bishop Briggs , Tove Lo, and Bishop Briggs recorded versions but bosses didn’t think it was quite right.

English singer Anne-Marie was next to have a go, and Zedd loved her version of the track.

However she was about to release another track and couldn’t do both, so they were back to the drawing board again.

They were ready to give up, until they heard country singer Maren Morris had recorded a version. 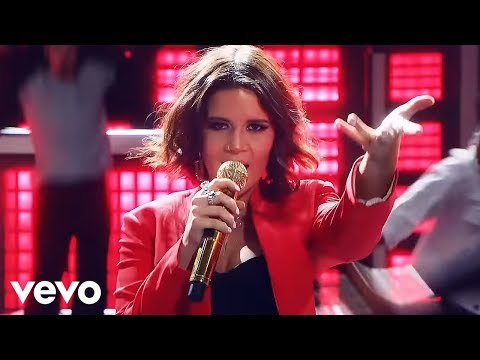 "All of a sudden, you believe it. The taps are running. Dishes are broken. It sounded a little Nashville and felt right. We were pumped."

And that was it. They finally had their song.

It was released in the States in January and has been in the charts ever since.