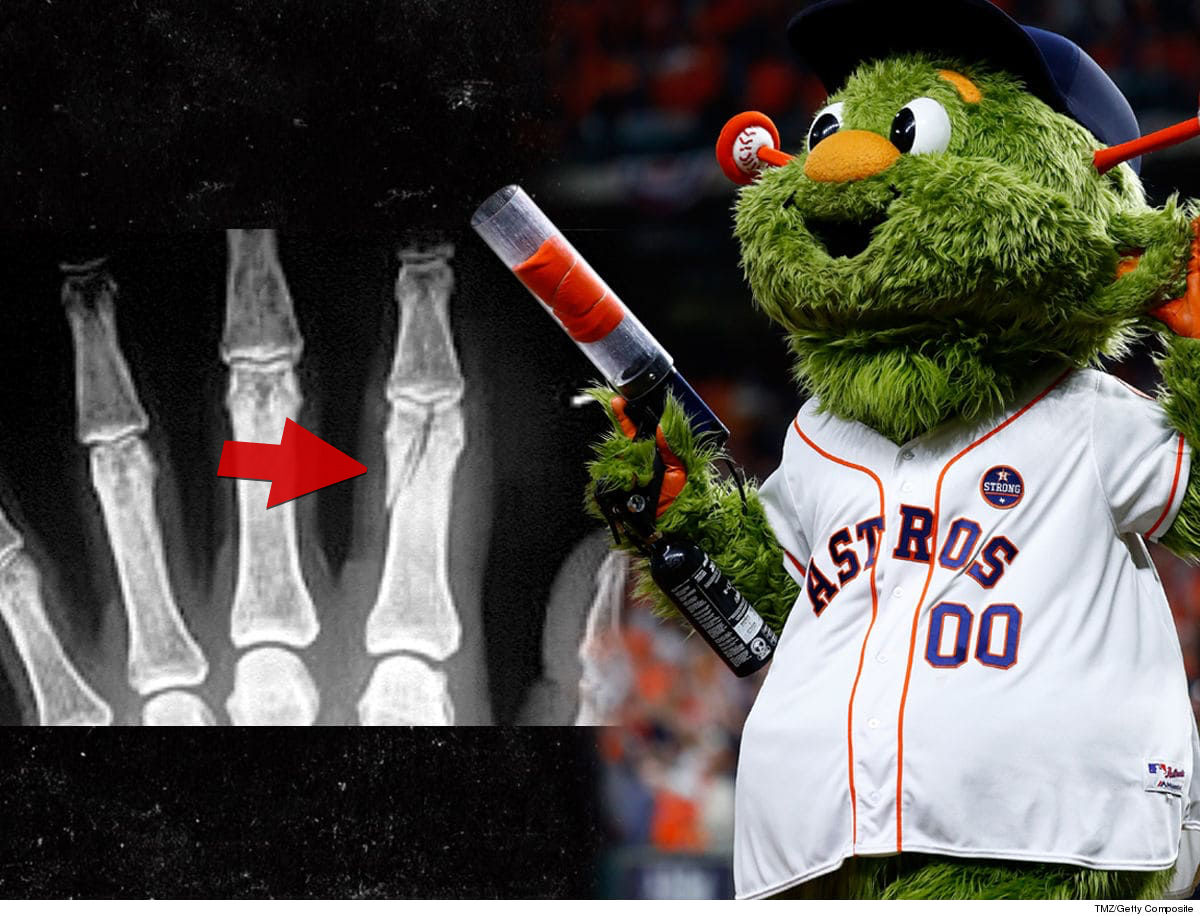 TMZ Sports has obtained pictures of the injury a Houston Astros fan allegedly suffered when the team’s mascot “shattered” her finger with a t-shirt cannon last summer … and they’re gnarly.

A woman claims she was at a ‘Stros game last July 8 when Orbit — Houston’s furry mascot — fired t-shirts at her and her family at a rapid pace from his “bazooka style T-shirt cannon.”

The woman — who filed a lawsuit against the team for the incident this week — says one of the t-shirts caught her square in the hand … and mangled her left index finger. 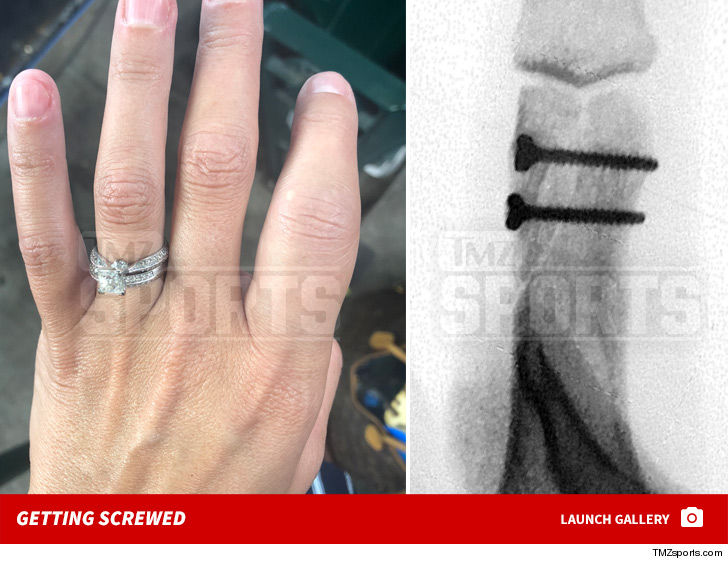 You can see in the photos, her digit was severely swollen and bruised … and needed TWO screws to help stabilize it.

In her lawsuit, the woman says she had to have multiple surgeries to fix the issue … and claims she still has little range of motion in the finger.

We’ve reached out to the Astros for comment … but so far, no word back yet.