Live from New York, it’s Kim Kardashian! While a ‘nervous’ Kim preps for her ‘SNL’ hosting debut, her estranged husband Kanye West is supposedly giving her some helpful tips on the gig.

Kim Kardashian can do beauty, fashion, selfies, and skim wear – but can she do comedy? The world will find out on Oct. 9, when Kim, 40, hosts the long-running sketch comedy show for the first time. Kim is “nervous” about the role, according to Page Six, because she sees it as “a big challenge,” but the KUWTK alum is “determined to be a success.” She even brought in someone who knows a thing or two about SNL, considering all the headlines he made the last time he was on the show: her estranged husband, Kanye West!

Kanye, 44, has been “quietly advising her on her performance, her opening monologue, even her costumes for the show,” according to Page Six. Kanye does have experience being on Saturday Night Live, appearing as the musical guest in 2005, 2007, 2008, 2010, 2013, 2016, and on the Season 44 premiere in 2018. That Sept. 2018 episode is best known for Kanye West going on a rant as the show ended. Among the many unhinged comments, Ye accused the cast of bullying him backstage over his Donald Trump love, specifically his “Make America Great Again” hat. 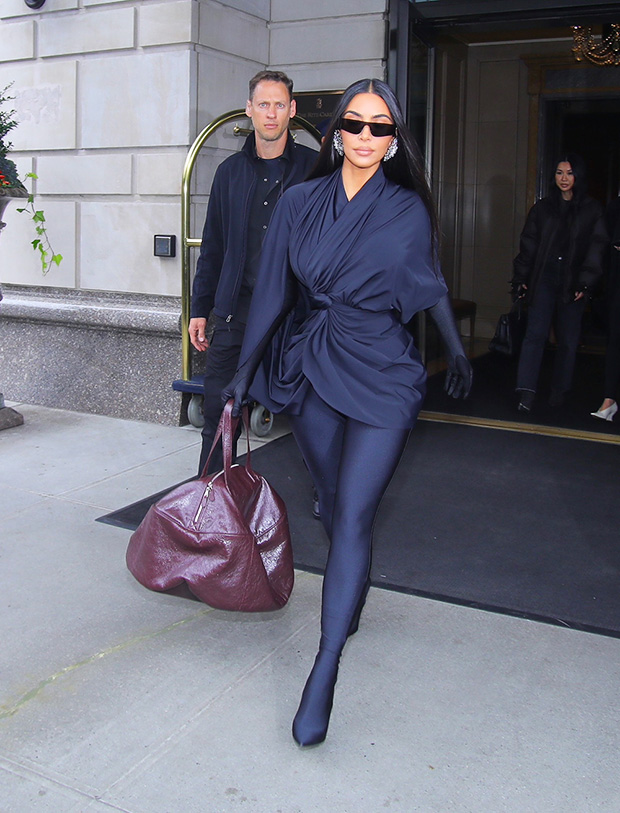 While Kim is unlikely to make such a statement when the curtain falls on her tenure as SNL host, she may have picked Kanye’s mind about what to expect when she takes the stage at Studio 8H on Saturday. Kanye was spotted hanging out in Manhattan on Sunday (Oct. 3) with SNL star Michael Che, Dave Chappelle, Chris Rock, and Busta Rhymes at the Stand Comedy Club. The group was reportedly celebrating Talib Kweli’s birthday, as well as Dave Chapelle’s new Netflix special.

Kim and Kanye recently reunited for dinner in Malibu. The estranged couple met at Nobu on Sept. 30, joining friends for a meal at the LA hotspot. The dinner came amidst buzz that Kim and Kanye are attempting to reconcile and save their marriage. 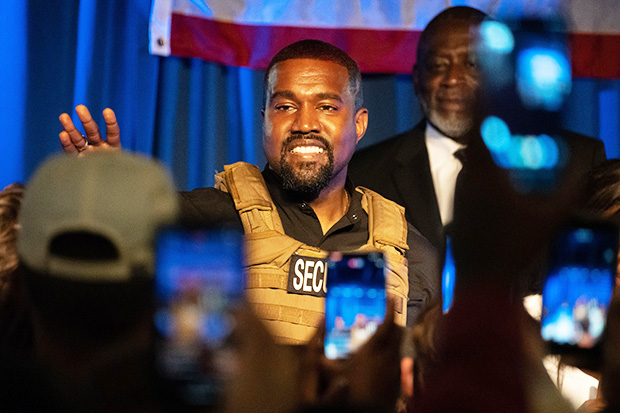 A few days after Kanye was spotted in Manhattan, Kim stepped out for a night in the Big Apple. The reality TV icon joined SNL producer (and ex of Ben Affleck) Lindsay Shookus for a cast dinner at Lattanzi Cucina Italiana on Tuesday (Oct. 5). Kim arrived in typical Kardashian fashion, wearing a shaggy, silvery coat about three times bigger than her. If this is the statement she’s making ahead of her SNL debut, then this Saturday’s episode should be one for the history books.