Khloé Kardashian and Chrissy Teigen rose to fame in different ways, but they are around the same age and share a lot of similarities. Both stars are social media experts who have become bonafide influencers with millions of followers all over the world.

However, there is an important lesson in life that fans believe Kardashian could have learned from Teigen.

Read on below to find out what Kardashian and Teigen have been doing and why fans think that Kardashian missed her chance to be like Teigen.

Fans believe Khloé Kardashian could have been a ‘cool’ celebrity mom 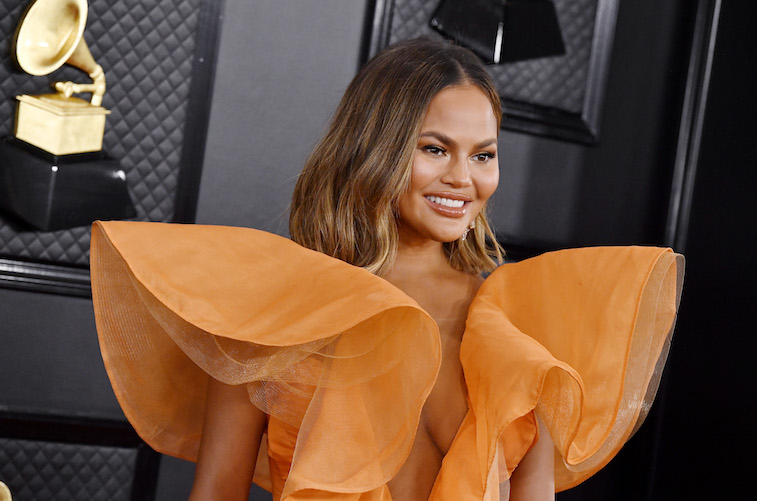 On a recent Reddit thread, Keeping Up With the Kardashians viewers got a chance to share their frustrations about the Kardashian-Jenner family. One user decided to talk about Kardashian’s image as a mother, noting that she could have used her influence to be a force of change for the current generation.

“Khloé could have been a super cool, chill, open mom who inspired a whole generation of women to not care about stretch marks or wearing clothes covered in spit up,” the person commented. “Some female celebrities (Amy Schumer, Chrissy Teigen, Kristen Bell) have embraced their role as famous moms by posting selfies in mesh hospital underwear, no makeup, sharing the real life day to day unglamorous task of being a mom.”

The user went on to describe how disappointing it is that Kardashian chose to go in the opposite direction, saying: “Khloé used to be so open book, couldn’t care less what people thought of her, messy and raw, and she could have been an amazing symbol of motherhood. Instead she went the route of photoshopping her and her baby’s pictures, posing for photo shoots and having over the top parties where everything has to look perfect.”

pack it up, back to work!

Teigen is one of the celebrities being brought up as an example for what fans wish Kardashian could have become.

Although the former model surely lives a life that is more glamorous than most, she is known for keeping it real on social media about how everything is not as perfect as it seems.

Teigen has been outspoken about some struggles she faces as a mother, such as her body image and postpartum depression. She once shared with Huffington Post that she likes posting about “real mom s***” on social media because it is both important for her and other people to see it.

Additionally, Teigen also does not keep up a pretense of being a mother who does it all. She is willing to acknowledge that she and her husband have help to get them through the challenges of parenting.

“My mom lives with us. I have hair and makeup people. I’m not getting up and doing all this by myself,” she said to Yahoo! Style in 2017. “If I’m not being done for something, I’m not going anywhere. A lot of hands go into it. We have help. It’s important for people to know that.”

Is Khloé Kardashian a good mom?

While all these comparisons between Kardashian and Teigen might paint Kardashian in a negative light, it is important to note that they do not necessarily mean that Kardashian is a bad mother to her daughter, True.

In fact, Kendall Jenner believes that Kardashian is one of the best parents in her family. Jenner ranked Kardashian in second place after their brother, Rob.

Kardashian has also been raising her daughter as a single mother after she broke up with her ex-boyfriend, Tristan Thompson. While it’s clear that no one is a perfect parent, many fans can agree that Kardashian is really trying her best.