How Old Is Reba McEntire and How Many Children Does She Have?

Reba McEntire is one of the biggest stars in country music. Her incredible career in the industry has spanned more than four decades. The singer is also a successful actor having starred on Broadway and in her own self-titled sitcom for six seasons. Because she’s been so popular for so long fans want to know as much as they can about the “Fancy” hitmaker.

Here’s more about McEntire including her age, how many children she has, and what she said about not being hooked on Ted Lasso after one episode.

McEntire’s age and how many children the singer has

McEntire was born on March 28, 1955, in McAlester, Oklahoma, to parents Jacqueline and Clark McEntire. The “I’m a Survivor” songbird became interested in music at a young age when her mother taught her and her siblings how to harmonize. Along with her brother Pake and younger sister Susie, McEntire sang at rodeos and other local venues for a number of years. She was discovered after singing”The Star-Spangled Banner” at the National Finals Rodeo in 1974 and signed a recording contract the following year.

McEntire wed Charlie Battles in 1976. The steer-wrestling champion had two sons from his previous marriage, both of whom the country artist became very close with. The couple eventually split and their divorce was finalized in 1987.

Two years later, the star married her then-manager Narvel Blackstock. When they tied the knot, Blackstock already has three children: Chassidy, Shawna, and Brandon. McEntire previously told The Boot: “I don’t consider Brandon, Chassidy, and Shawna stepchildren. I claim them all.” The entertainer has one biological child with Blackstock as they welcomed their son, Shelby, in 1990. McEntire and her second husband ended their marriage in 2015.

These days McEntire is in a relationship with fellow actor Rex Linn. She revealed during an interview on Watch What Happens Live With Andy Cohen that they actually knew each other years before they started dating.

“I met him in 1991 when were doing the movie, Kenny Rogers movie, The Gambler.” McEntire explained. “We were both on that in 1991 and we’ve kept in contact with each other over the years and we both know the same people. So it was just like good friends getting back together having dinner… then we started texting and talking on the telephone getting to know each other better during the quarantine.”

McEntire wasn’t ‘hooked’ on ‘Ted Lasso’ after the first episode 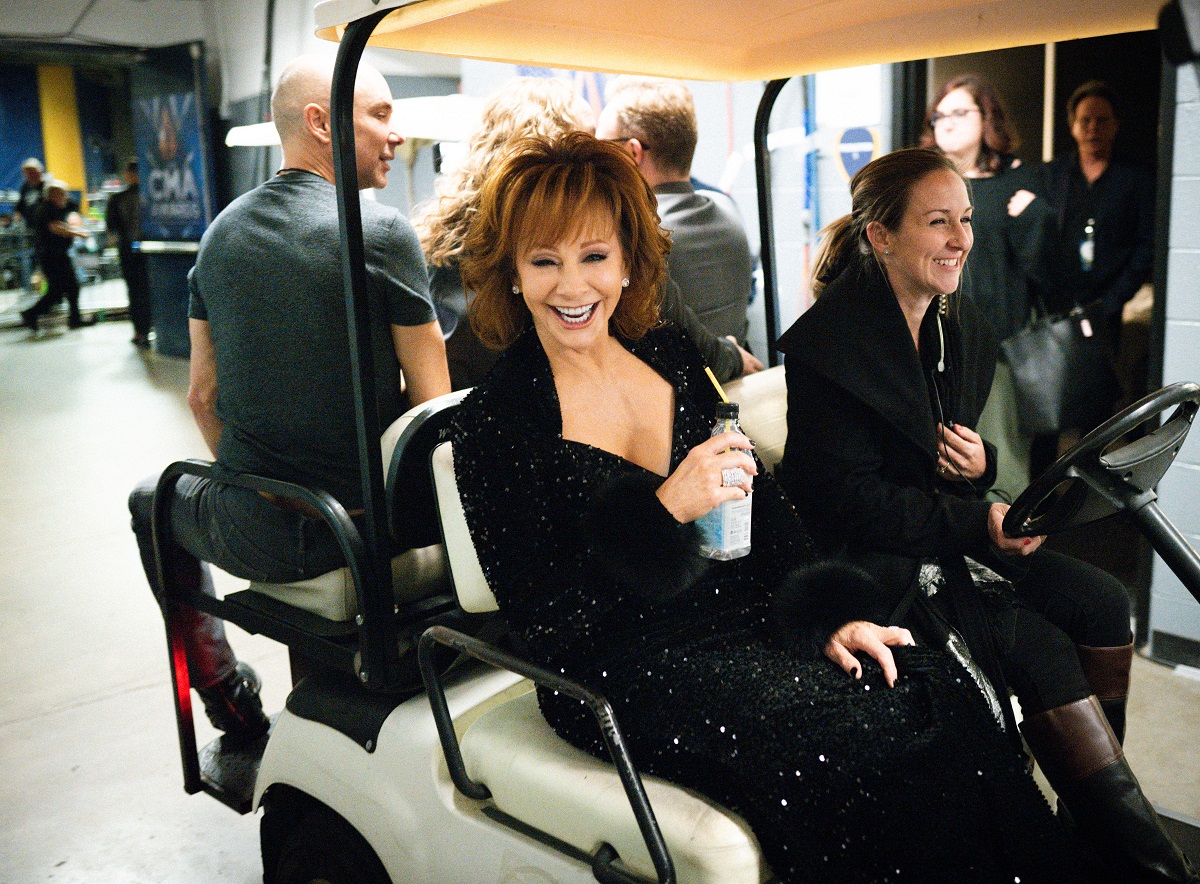 McEntire is one of the celebrities whose name was mentioned on the popular Apple TV+ series Ted Lasso. The shout-out came in the fifth episode of season 2 when Roy Kent used the alias “Reba McEntire” to pick up his Richmond tickets. The country music icon tweeted that she was very surprised to hear her name on the show writing: “I was just sitting there in my living room watching Ted Lasso on the television and Roy Kent, of all people, said my name!”

McEntire is a big fan of the series but admitted during an Audacy Check In that it took a couple of episodes to get her “hooked.”

“We were scrolling trying to find something new and I saw Ted Lasso this is when it started I think we got to watch two episodes and wait until the next week,” the singer told host Katie Neal. “We usually love to binge watch… First episode I was like ‘I don’t know what this is about,’ second episode is like, ‘oh my gosh I’m hooked.’”