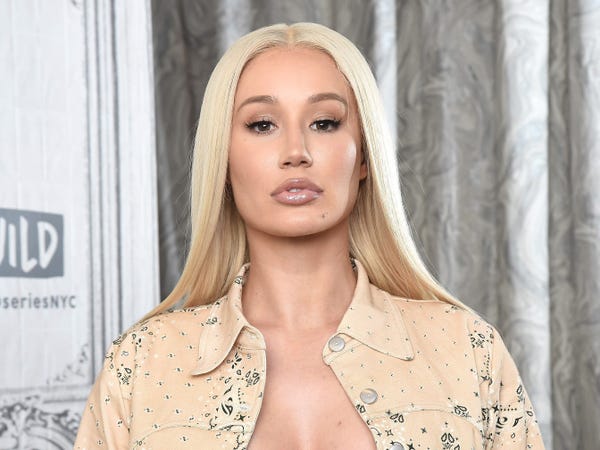 Iggy Azalea posted the first photos of her son, Onyx, on Instagram early Sunday morning. The 30-year-old first announced she had a son in June.

She captioned the two photos of her and Onyx with just the baby angel emoji.

After making cryptic remarks on her Instagram stories the night before, she confirmed on Sunday morning that she and Onyx's father, Playboi Carti, are not together. Carti, also a rapper, and Azalea were first linked in September 2018.

The screenshots, which were captured by The Shade Room, showed Azalea first hinting at a break-up by writing "You lost a real 1!," followed by another that said, "People take loyalty for granted & That's why I'd rather be alone."

The final story clarified what she meant: "What I meant last night was that I'm raising my son alone & I'm not in a relationship."

Azalea didn't specify when their relationship had ended.