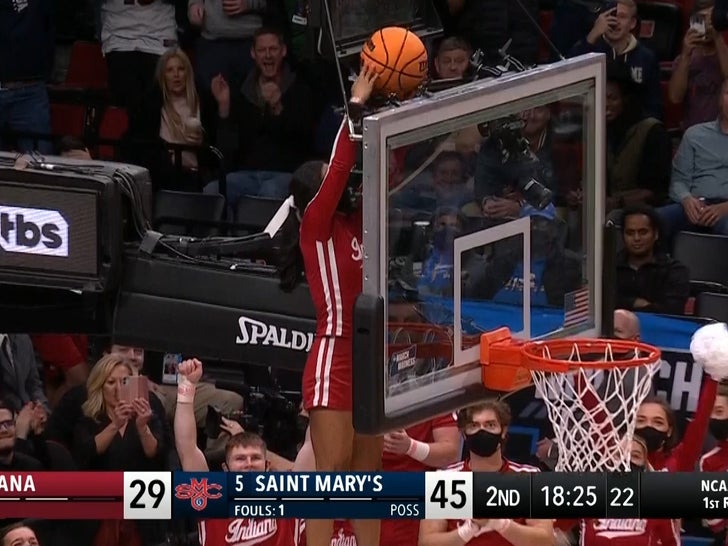 9:01 AM PT — TMZ Sports spoke with Cerny and Paris hours after their stunt on Friday morning … and the two told us they were completely prepared for their big moment. 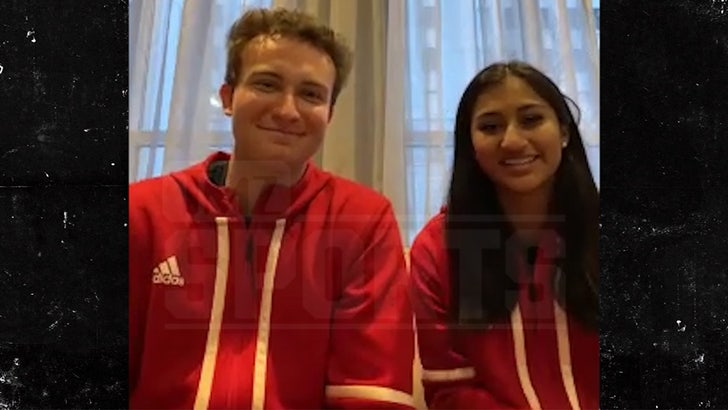 “I was just thinking, ‘This would be really cool,'” Cerny said.

Cerny told us the whole experience was surreal — adding that neither she nor Paris has done anything remotely similar to this during a game before.

An Indiana University cheerleader saved the day at an NCAA Tournament game Thursday night — soaring high above a backboard to retrieve a basketball for players … and the improbable rebound was EPIC.

The woman, Cassidy Cerny, jumped into action after a ball got stuck during the Hoosiers’ opening-round game against St. Mary’s.

At the beginning of the second half, a player missed a shot — and as the ball rattled around the rim, it somehow got caught above the hoop and didn’t come down.

Several players and a ref tried to get the thing to shake loose — using a chair and a broomstick — but nobody could knock out the ball.

That’s when Cassidy sprang into action with Nathan Paris — using a cheerleading stunt to get up to the top of the hoop. And, eventually, she got the ball down!!

Check out the footage of the fun moment, the crowd went absolutely nuts following her retrieval.

A short time later, she and Paris were interviewed about the heroic effort … and she was cool as a cucumber about it all.

“That was nothing, really,” she said.

Unfortunately for Indiana, the Hoosiers on the court weren’t nearly as cool as Cassidy off of it — and got blown out by St. Mary’s, 82-53.