And Ireland Baldwin took to Instagram on Monday to share a photo of herself ‘gardening’ while wearing nothing more than a revealing black bathing suit.

The 23-year-old daughter to Alec Baldwin posed for a couple of pictures while holding a watering can next to her pots of flowers. 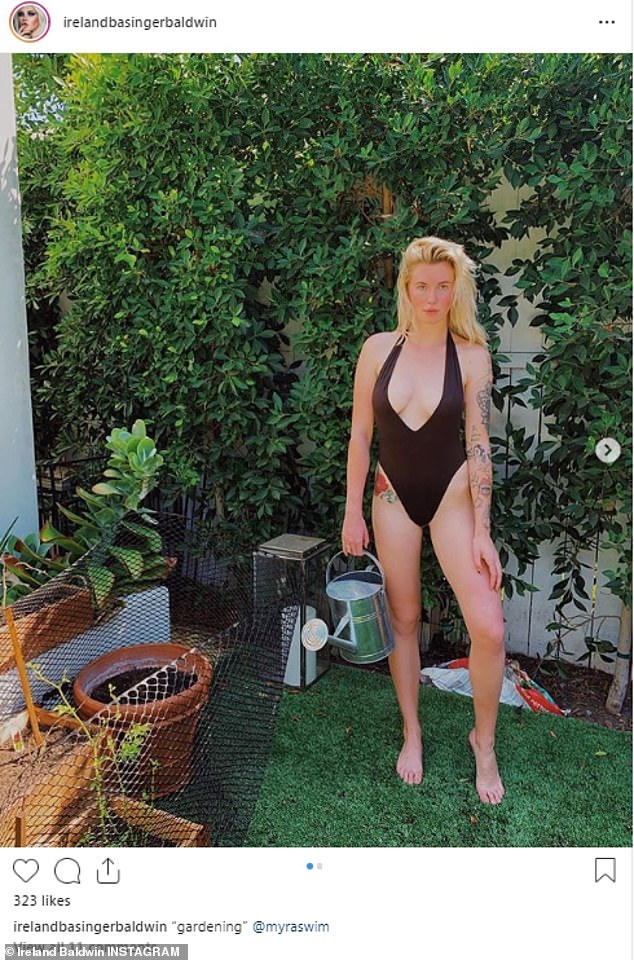 Green thumb: Ireland Baldwin took to Instagram on Monday to share a photo of herself working on her green thumb in a black bathing suit

”Gardening’ @myraswim,’ she wrote alongside the photo of herself baring her tattoos and chest.

Her bathing suit was a simple black one piece that had a halter top and deep v-cut neckline.

The bottom of the suit also had a high-cut to show off her toned curves. 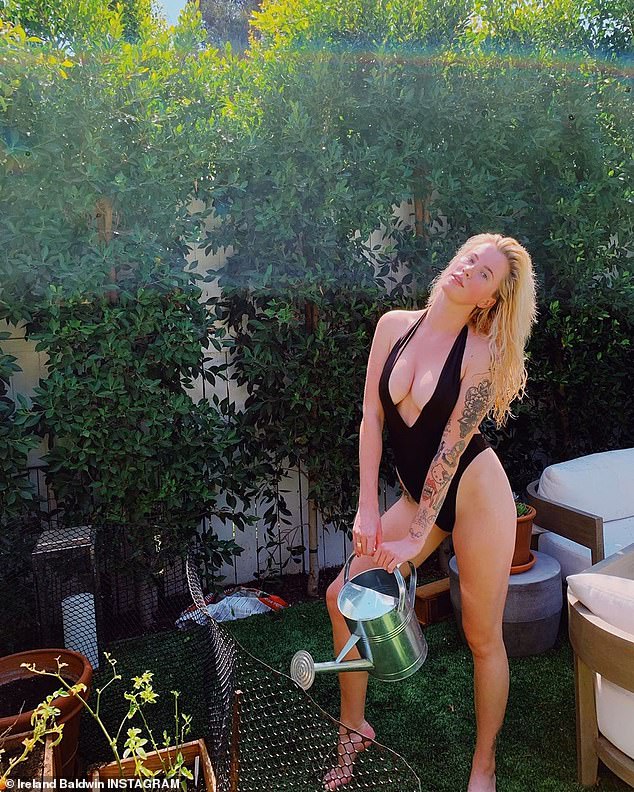 Details: Her bathing suit was a simple black one piece that had a halter top and deep v-cut neckline She had her long blonde hair tossed to the side as she posed for the photos while tipping the watering can to give her plants some water.

The model also made sure to show off some of her many – 24 to be exact – tattoos that she has covering her body.

Her left arm carries a majority of the tattoos with numerous small designs tatted around her entire arm.

She also has a large red lotus flower along her waist. 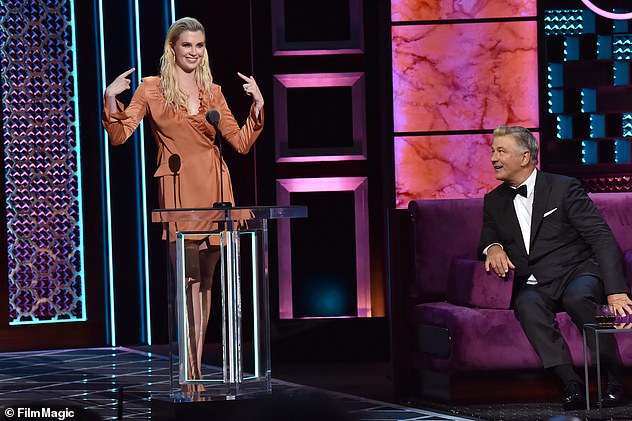 Father and daughter: Ireland smiled as the podium as she began to roast her father Alec Baldwin during a Comedy Central special earlier this month

The blonde bombshell recently made headlines earlier this month when she went on The Comedy Central Roast of Alec Baldwin.

‘Dad, I’m Ireland. I almost didn’t even know about it, because I haven’t checked my voicemails for the last 12 years,’ she said in her opening line as a nod toward their infamous feud back when she was 11.

When Alec was going through a divorce with Ireland’s mother Kim Basinger it got kind of ugly. During that time, Ireland missed a phone call she was supposed to have with her famous father which led him to leave a voicemail calling her a ‘rude, thoughtless, little pig.’ 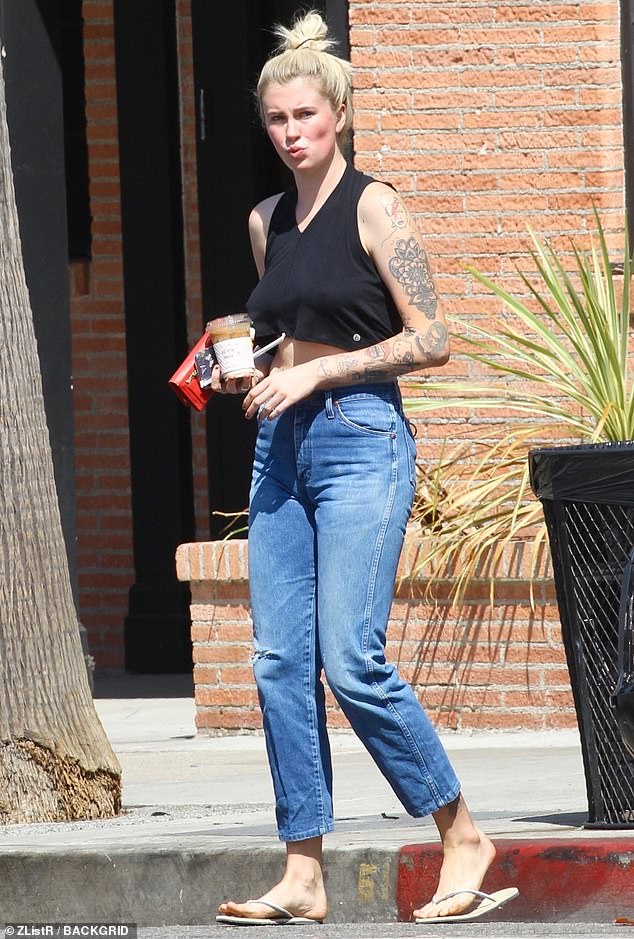 Stepping out: Ireland headed out for breakfast on Monday morning before sharing her gardening photo