Is Kesha The Seahorse On ‘The Masked Singer’? This Theory Could Work With three seasons under its belt, The Masked Singer arrived bigger than ever with Season 4. Moreover, the show promised this time, the celebrity cast behind the masks would be some of the most prominent names the series had cast so far. But just how big? Group A brought out The Sun, who fans have guessed is anyone from LeAnn Rimes to Demi Lovato. But Group B had some heavy hitters as well, including the Seahorse. Fans were left stunned by the performance and scratching their heads wondering: Is Kesha the Seahorse in The Masked Singer?

Warning: Spoilers for The Masked Singer Season 4, Episode 2 follow. The Seahorse clues began at the OK "Coral," and a contestant who suggested she might be a little bit country. But it might just be a celebrity who lived through wild times as well. Then she displayed a love of animals, including a pair of poodle dogs, a dove, and a rainbow frog, before riding off on dolphins. She claimed her insecurities held her back early in her career, but with a mask on, she’s not playing tug of war with herself anymore.

The good news for fans is that Group B wound up being a self-elimination round, as the Gremlin decided he was one-and-done after his performance of "Stand By Me." So the Seahorse is through to the next round. But that just left fans guessing wildly about her identity. The judges suggested anyone from Halsey to Hailee Steinfeld, but fans had another idea, one that was thrown out and discarded early on: Kesha. 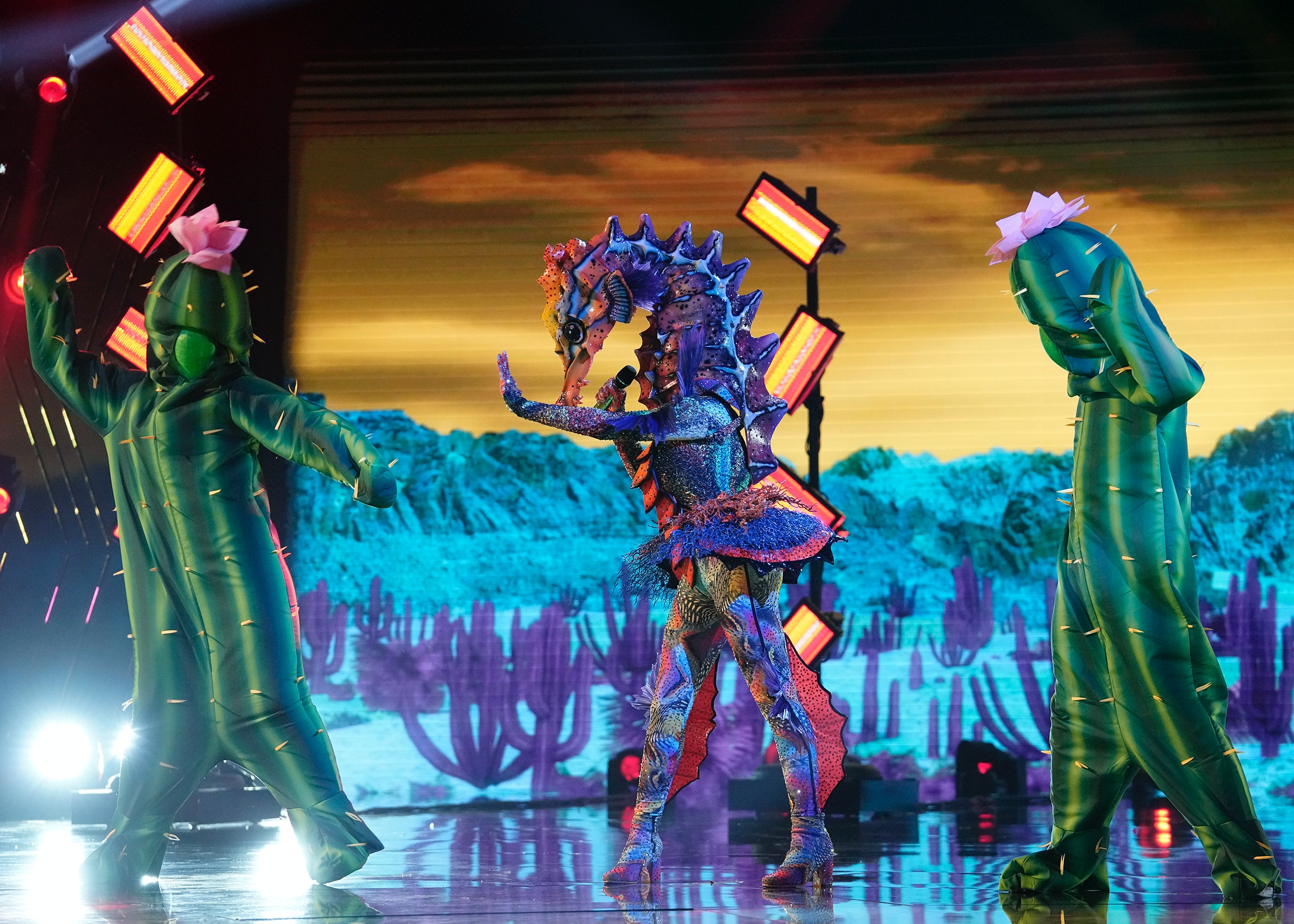 Kesha may not be a country singer, but she is known for having once lived an out-there lifestyle. But it’s her video for her comeback single, "Praying," which has a lot of sea-based imagery, that makes the connection really strong. Plus, "Praying" is off her album Rainbow, which ties in with the frog.

Kesha isn’t the only guess floating around Twitter after the Seahorse’s performance of Rihanna’s "Only Girl (In The World"). Fans are even wondering if it might be RiRi herself in the seahorse costume singing her own song. (Highly. Doubtful.) But whoever it is, it seems Group B is a doozy of a squad to beat.