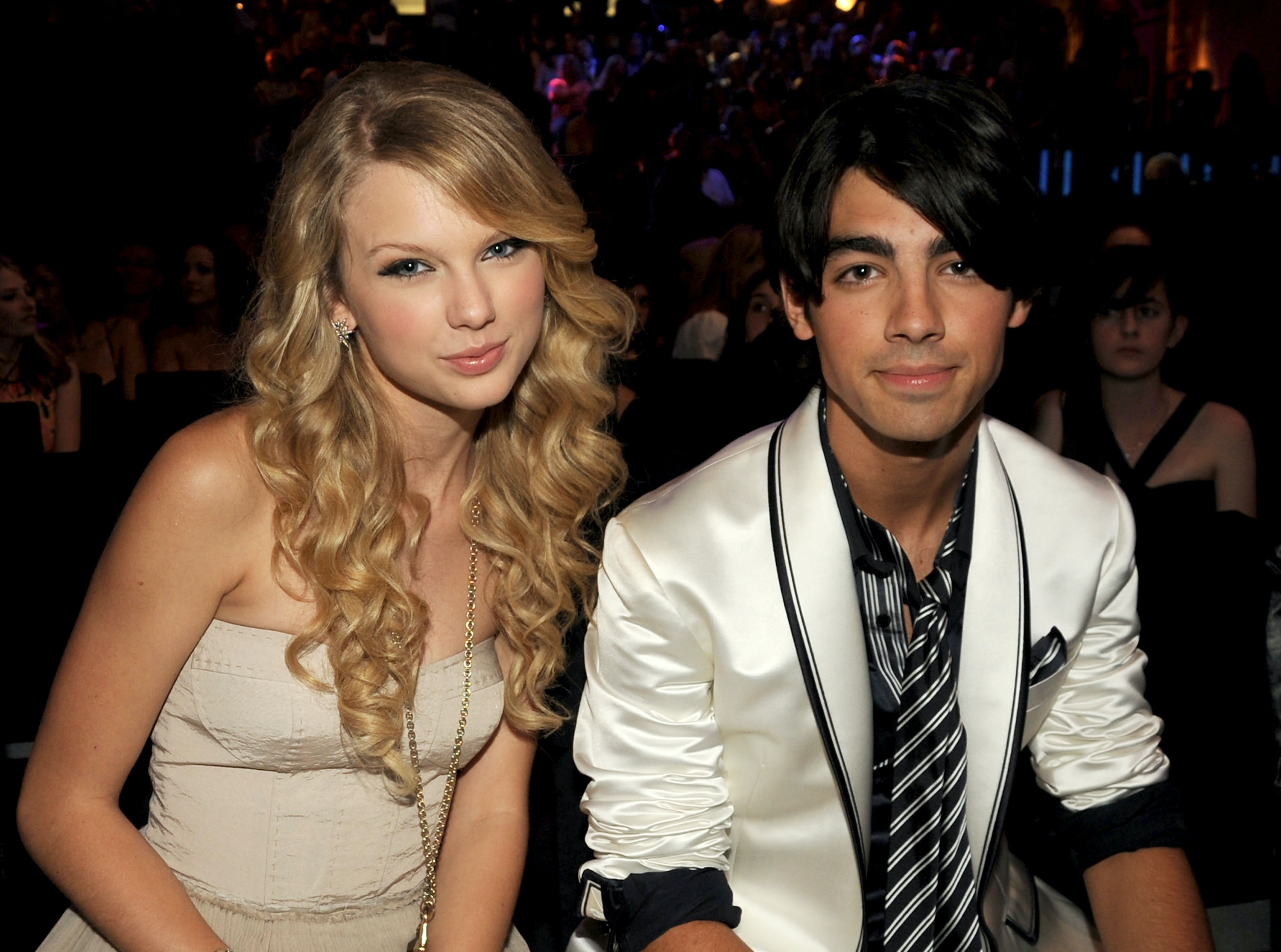 Another song from the Taylor Swift "vault" is here. Swift surprised fans with a new song titled "Mr. Perfectly Fine" on April 7 and it’s got old school Tay written all over it. As a song that almost made it onto her Fearless album, fans were loving the 2008 vibes on the re-released track, and, naturally, started speculating on who it could have been written about. Seeing as it was penned about a breakup, fans began narrowing down the list of her exes. Swifties now seem to think Taylor Swift’s "Mr. Perfectly Fine" is about Joe Jonas, and a cryptic post from his wife, Sophie Turner, added fuel to the fire.

At first, Swift’s lyrics might seen unassuming enough. "Well, I thought you might be different than the rest, I guess you’re all the same," she sang in one verse. But she also sang about a sudden "change of heart," and as Swift previously said, Jonas suddenly broke up with her in a 27-second phone call in 2008.

Not long after the song hit streaming services, Jonas’ wife took to Instagram with a screenshot of the song art and sent Swift praise. "It’s not NOT a bop," she wrote.

Swift caught wind of the post and replied by hyping up the Game of Thrones star on her own Instagram story. 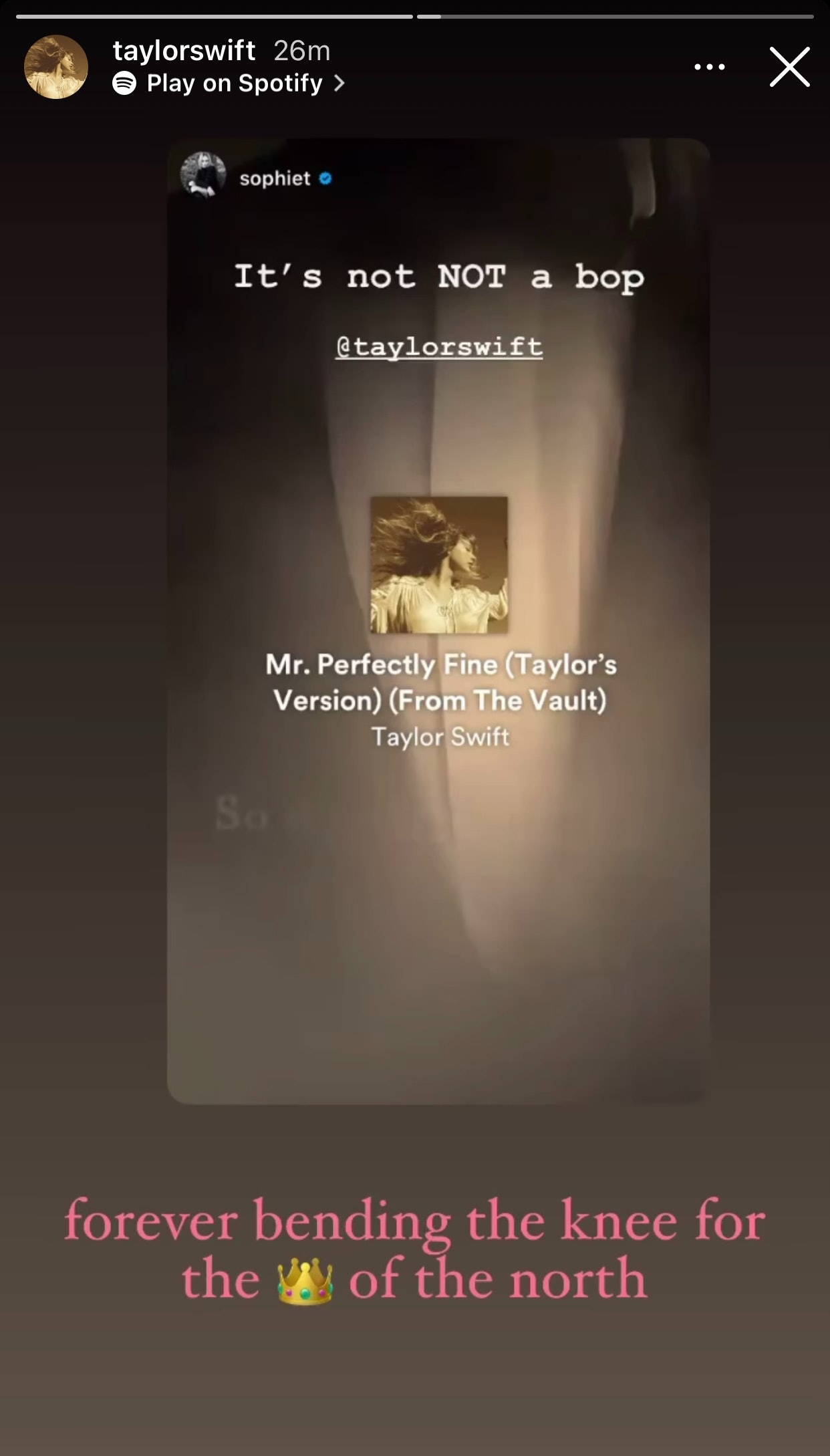 Fans were loving the exchange, and it was just further proof to Swifties the song was ~probably~ written with Jonas in mind.

"There’s just something about taylor swift releasing an old song about joe jonas in 2021 and his wife sophie turner bopping to it, they’ve grown so much I love it ahhh," one fan tweeted.

"THIS INTERACTION. I am not perfectly fine," another fan tweeted.

"Sophie listening to taylor’s music about joe from 2008 is a whole vibe and it’s everything to me," yet another tweeted.

Swift rarely dishes on who her songs are actually written about, but with the release of "Mr. Perfectly Fine," the clues all point to one man.