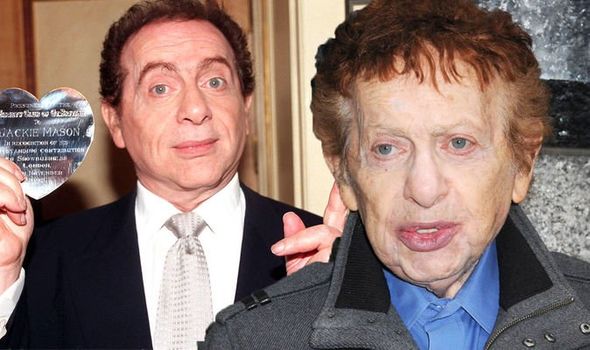 Jackie Mason’s death yesterday has been confirmed by longtime friend and lawyer Raoul Felder. The comic died at Mount Sinai Hospital in Manhattan, with his wife Jyll and a few pals by his side.

We shall never see his like again. This was a mould that was broken

There will be a small, private funeral service for the 93-year-old in New York, said Raoul, who declined to name the location.

While a public memorial service is expected at a later date.

“We shall never see his like again. This was a mold that was broken,” the star’s emotional pal stated to The New York Post.

Jackie is thought to have been hospitalised two weeks ago.

The rabbi-turned-comedian became known for his amused outrage on stage, and hilarious social commentary.