Jamie Lynn Spears on Britney: ‘Ive only ever tried to be helpful 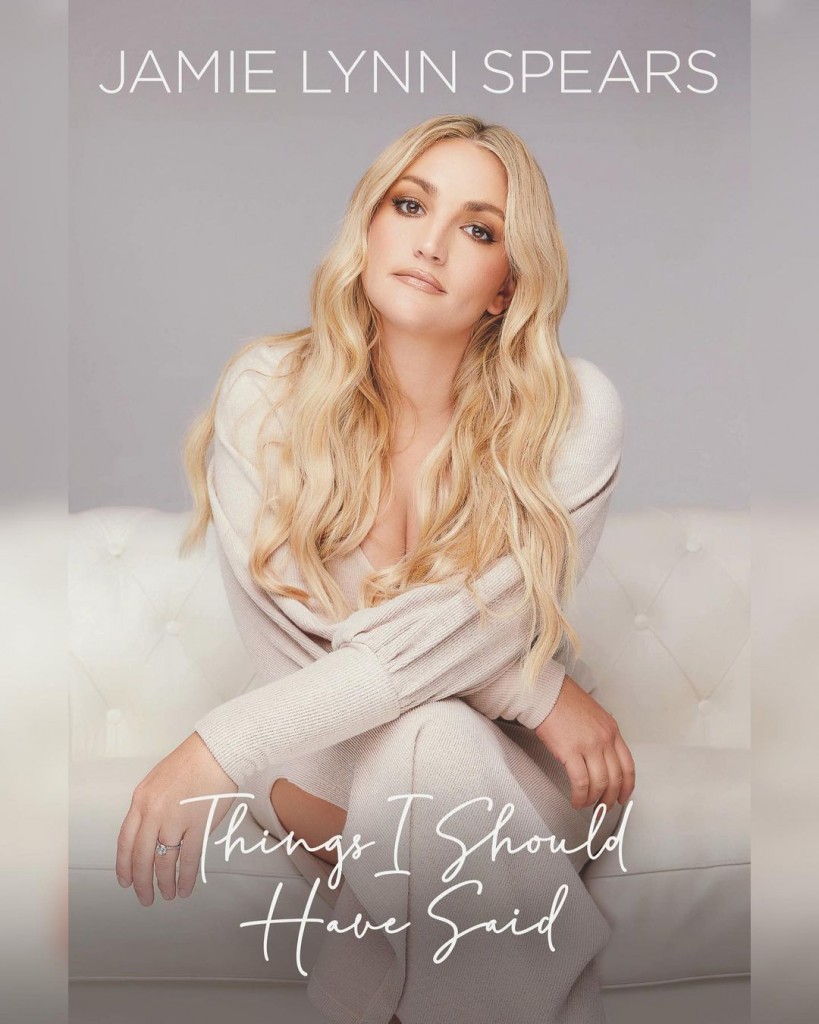 Jamie Lynn Spears’s memoir comes out next Tuesday. It’s called Things I Should Have Said. According to Jamie Lynn’s promo tour, she’s been writing this book since 2017, when her 17-year-old daughter Maddie was almost killed in an ATV accident. But I wonder if that title was decided recently. It seems a bit convenient now especially given that’s Jamie Lynn’s promo tour theme. And what she should have said, according to Jaime Lynn, is that she’s been supporting her older sister Britney this entire time, but she just never told us. Now that Britney is free and saying the opposite of what Jamie Lynn is trying to sell, Jamie Lynn has to “separate herself from her family” even though she’s only ever “love(d) and support(ed)” Britney.

Jamie Lynn Spears is opening up about her complicated family dynamic.

Ahead of the Jan. 18 release of her memoir Things I Should Have Said, the actress and country singer-songwriter, 30, addresses her relationship with her older sister Britney in the new issue of PEOPLE.

“I’ve only ever tried to be helpful, so any notion that says the contrary is just completely ridiculous,” Jamie Lynn, 30, says of her strained relationship with her sister, 40, who has repeatedly criticized her family on social media over the last six months.

For Jamie Lynn, “it was really important for me to separate myself from my family to focus on the family I’ve created, which is me, my husband and my daughters. Setting those boundaries in place was really important,” says the Sweet Magnolias actress, who is raising daughters Maddie, 13, and Ivey, 3, with husband Jamie Watson, 40. “I am not my family. I am my own person. I fought very hard and worked very hard to establish myself and to build the life that I have today.”

After years of trying to keep up appearances, Jamie Lynn is now quick to admit “no family is perfect.”

I do believe there was little Jamie Lynn could do to help Britney when this all began. She was too young and too occupied with her newborn baby to know or do anything. However, Britney is intent on refuting Jamie Lynn’s claims that she has always been there for her sister. Maybe Britney sees anything short of actively fighting her father Jamie as a sign of aligning with him, but it seems like Britney has a specific complaint about each family member. It’s a hard call because Jamie Lynn’s admissions seem convenient now that she has a book to sell. But at the same time, this is when the conservatorship ended, and the claims were made so she has to address them.

It doesn’t help that Jaime Lynn’s comments about the conservatorship have been odd as well. She said she was asked to be a part of the conservatorship as an adult but that she “declined it nicely.” However, court documents show she was appointed trustee of Britney’s estate in 2018 even though People noted she “never filled the role.” So did Britney see Jamie Lynn’s name and assume she was profiting off her? Or is Jamie Lynn leaving something out? Jaime Lynn also claims she spoke to Britney’s old legal team about ending the conservatorship but that that discussion “did not go well.” If she was truly trying to end the conservatorship, working from the inside out would make sense. But that’s not the argument she’s making. She’s saying she was only a figurehead who didn’t know anything. Jamie Lynn’s latest claim is that she set up ways for Britney to get out of the conservatorship throughout the years. But she lays the blame for it not ending at Britney’s feet, saying, “I did take the steps to help, but how many times can I take the steps without — you know, she has to walk through the door.” If all that’s true, then she clearly knew there was something wrong with the conservatorship and never spoke out in Britney’s defense. I can’t decide whether Jamie Lynn is complicit or just really bad at defending her innocence.