Jana Kramer and Jay Cutler posed for their first public photo during a recent date night.

Kramer, 37, and Cutler, 38, attended the opening of The Twelve Thirty Club rooftop in Nashville on Wednesday. The two posed for a photo with two other guests.

Kramer and Cutler are rumored to be dating. They have both recently gone through public divorces.

“Jay and Jana had a lot they bonded over with how their divorces played out,” a source previously told People magazine. 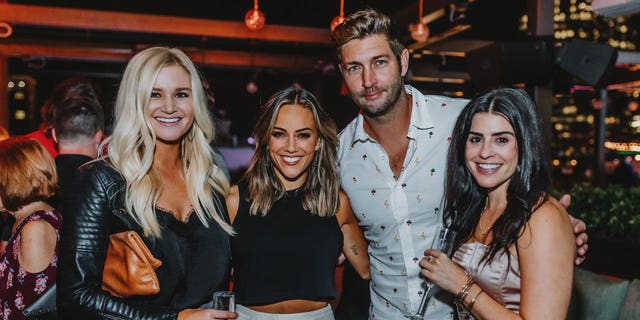 Kramer filed for divorce from Mike Caussin in April after citing infidelity in court filings. Meanwhile, Cutler and Kristin Cavallari revealed they had split up after 10 years of marriage back in 2020.

Cavallari herself has also seemingly moved on with country music star Chase Rice. The two were recently spotted “making out” with each other at a bar, People magazine reported.

“It’s still early days and they’re not exclusively dating, but they’re having a good time and enjoying getting to know each other,” a source told the outlet.