Janette Manrara: Strictly star emotional as she prepares to reunite with husband Aljaz

Janette Manrara emotional as she prepares to return home

Janette Manrara, 37, has said she is returning home to reunite with her husband and fellow performer Aljaz Skorjanec after the pair were forced to live apart for the first time in their marriage. The Strictly Come Dancing professional dancer spoke to her Instagram followers while feeling emotional at leaving the flat she had been living in temporarily, as filming wrapped on the latest series of the BBC dance contest.

Janette filmed herself at her flat with her clothes packed into suitcases before she dropped by her dressing room at Elstree Studios where Strictly Come Dancing is filmed.

“One last walk through at Elstree,” she added while showing off her surroundings.

Aljaz is yet to address when he will be reuniting with his spouse, who had to celebrate her 37th birthday last month away from him. 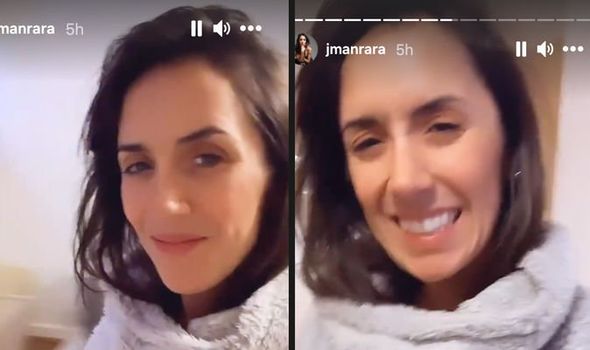