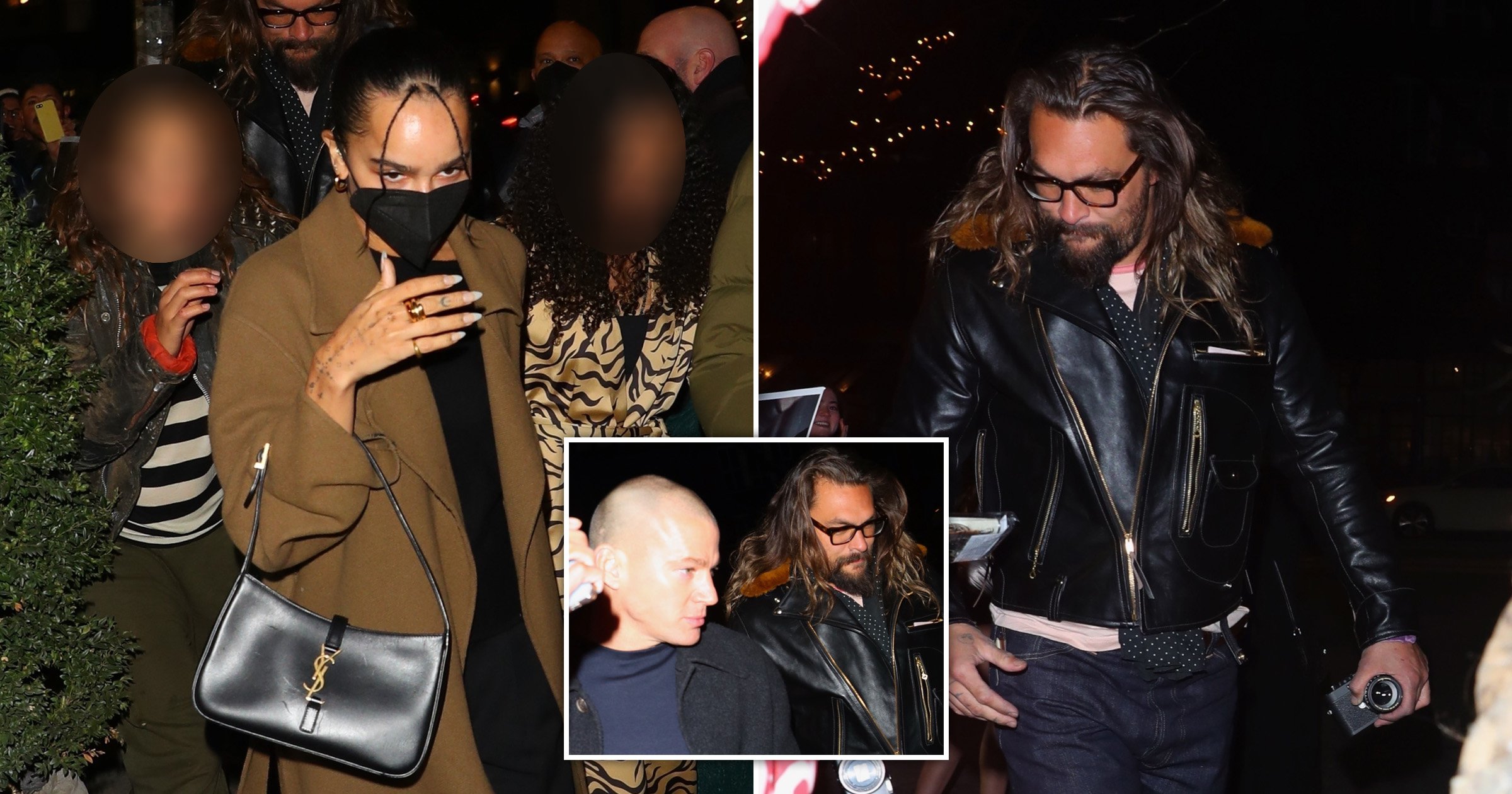 Zoë Kravitz had a big family show of support ahead of Tuesday’s New York premiere for The Batman, with her stepdad Jason Momoa and boyfriend Channing Tatum flying in together for the event.

The trio was also joined by Zoë’s siblings, Nakoa-Wolf, 13, and 14-year-old Lola Iolani, for dinner in the city on Monday, ahead of the big night itself.

The 33-year-old actress, who plays Selina Kyle, aka Catwoman, in the film, has already attended events for The Batman in Paris and London, where the movie enjoyed a suitably stylish premiere at Waterloo’s BFI IMAX cinema.

She was snapped walking alongside her half brother and sister in a chic khaki overcoat, black facemask, chunky boots and a matching Yves Saint Laurent handbag.

The two men strolled together, with Aquaman star Jason holding a camera in his hand.

Ahead of their arrival in the city, Jason shared pictures with Channing on the tarmac on Monday morning, with the Magic Mike star dressed more casually for travel to the East Coast in jeans and a hoodie.

Both men donned hats ahead of their journey, with Game Of Thrones star Jason posting: ‘CHEEEEHUUUUUUUU. SO EXCITED @channingtatum and I are on our way to see our ZOZO. finally @thebatman premiere. i’m so beyond proud of you @zoeisabellakravitz all my aloha to @adamweitsman and @daveophilly for making this happen at the last minute. mahalo @wbpictures for the invite. we are very grateful. ALOHA J and C.’

Although they have never publicly commented on their relationship, Channing and Zoe have been linked since January 2021, after working together on the actress’ directorial debut, Pussy Island.

They’ve been spotted out and about since, and also attended the Met Gala together in September.

Channing was previously married to Jenna Dewan until 2019, with whom he shares eight-year-old daughter Everly.

Zoë tied the knot with Nocturnal Animals actor Karl Glusman in June 2019, but the couple divorced in 2021.

Jason and Zoë’s mother Lisa Bonet announced their separation after 16 years together in January, but the family seem on great terms still, with Jason previously publicly cheerleading for his stepdaughter and her upcoming blockbuster release on social media.

The Batman is out in cinemas on Friday, March 4.