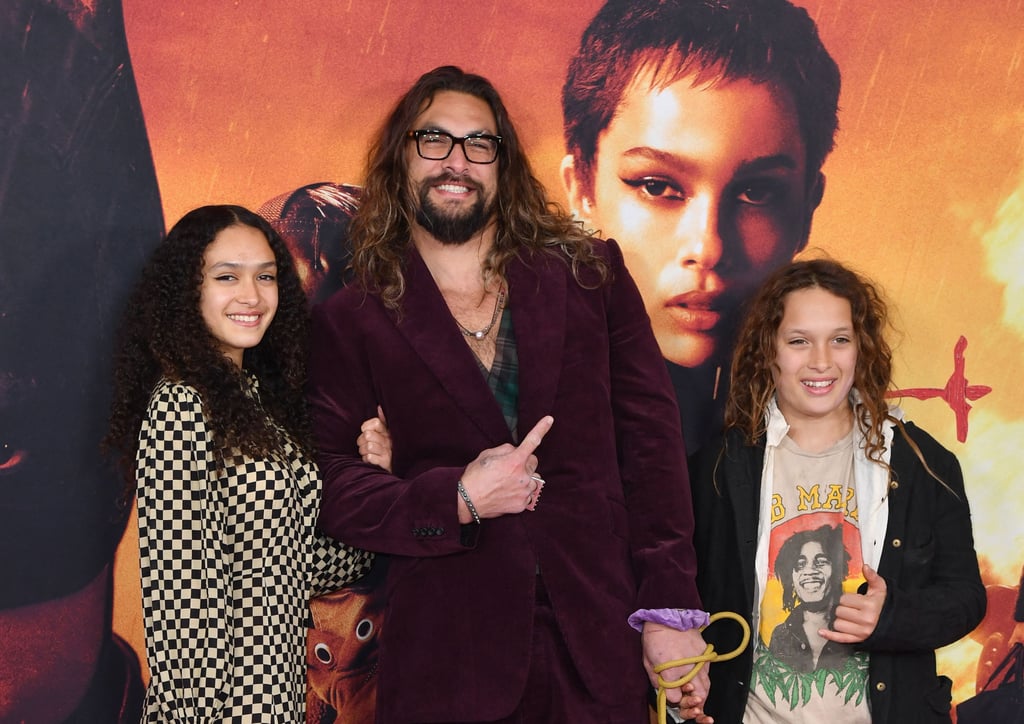 Jason Momoa is one proud stepdad. The “Aquaman” actor jetted off to New York City for the premiere of stepdaughter Zoë Kravitz’s new movie “The Batman” and brought along his and Lisa Bonet’s two children, Lola and Nakoa-Wolf. The trio walked the red carpet together in style — Jason in a burgundy velvet suit, Lola in a checkerboard-pattern dress, and Nakoa-Wolf in a Bob Marley T-shirt and boots — and posed by posters of Kravitz in character as Catwoman. Momoa also toted along his own camera, snapping photos of his teenage kids outside of the star-studded event. Although Kravitz didn’t take any pictures with the Momoa clan at the premiere, they were spotted catching dinner the night before along with her boyfriend, Channing Tatum, who traveled with them to NYC for the screening.

The supportive outing comes nearly two months after Momoa and Kravitz’s mom, Bonet, announced their divorce on Jan. 12 in a since-deleted Instagram post. Their current relationship status is up in the air as rumors swirl that they have moved back in together and are reconciling. Momoa subtly addressed the matter at the “Batman” premiere, telling ET Canada: “We’re just so proud. Lisa couldn’t be here so we’re representing, me and the babies. We’re very excited to just be here. . . . It’s still family, you know?”

Back in 2019, Momoa adorably congratulated Kravitz on being cast as Catwoman, writing on Instagram: “I’m so proud of u zozo bear. On and off screen OHANA. DC WB ohana Lola and Wolfies big sister is CAT WOMAN. Unbelievable so freaking stoked.” See his support for her come full circle by checking out the photos of him and his kids at the “Batman” premiere ahead.