They first sparked secret dating rumors in early March this year, but Jason Sudeikis and Keeley Hazell are now going public with their romance.

In exclusive images obtained by DailyMail.com, Jason, 45, and Keeley, 34, were pictured in New York City over the weekend on Sunday looking every inch the happy couple, putting on a series of PDAs.

Their relationship began after Jason split with his ex-partner Olivia Wilde last year, who had already moved on with One Direction star Harry Styles, 27.

Jason – who shares two children, son Otis, six, and daughter Daisy, four, with ex Olivia, 37, – first met Keeley while filming Horrible Bosses 2 together in 2014, and are understood to have been friends ever since. 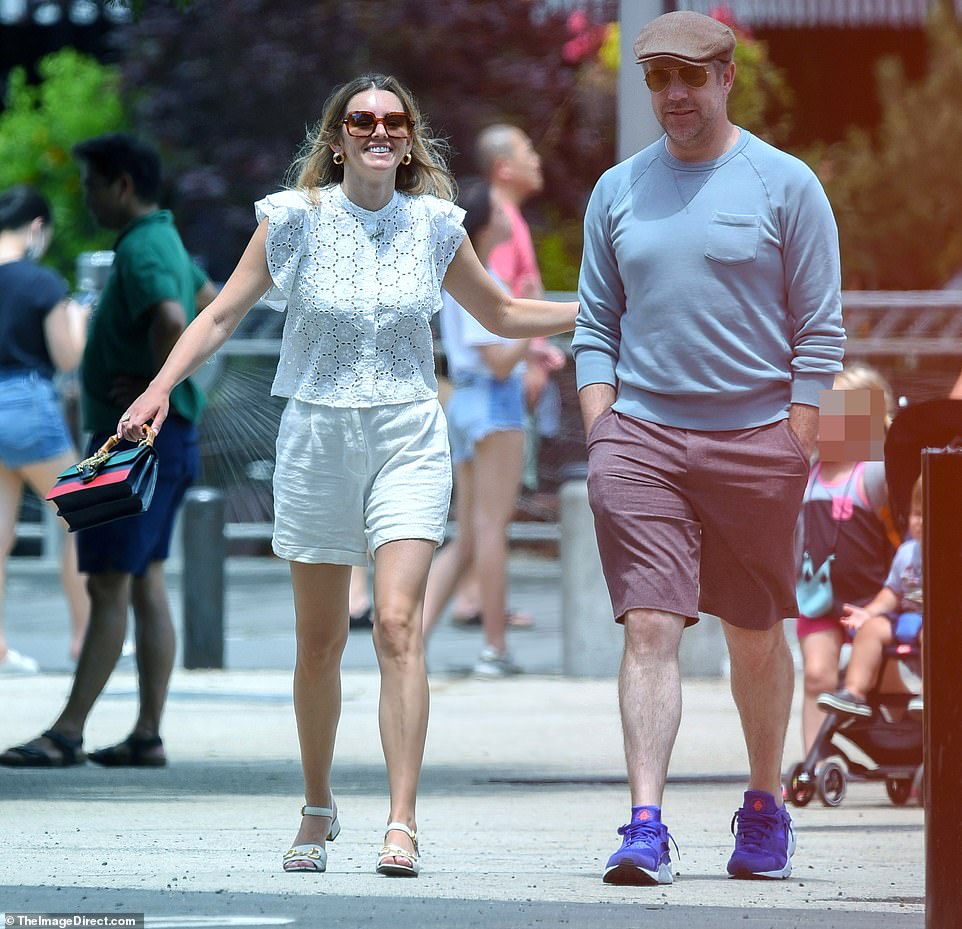 The look of love! Jason Sudeikis and Keeley Hazell have confirmed their ‘secret’ romance during PDA-filled date in New York over the weekend… after ex Olivia Wilde moved on with Harry Styles

The pair certainly appeared very comfortable around one another as they enjoyed a romantic stroll around NYC arm in arm.

Keeley is known for her career as a glamour model in the UK – having found fame posing topless for The Sun’s Page 3, and regularly appearing in men’s magazines including FHM, Loaded, Nuts and Zoo Weekly.

The new couple sent tongues wagging in March when Jason appeared via Zoom at the Golden Globes to accept the award Best Actor in a Comedy Series for his work on Ted Lasso.

Eagle-eyed fans noticed that he was in the same living room where Keeley had posed in a recent social media post, sparking speculation they were already living together in London. 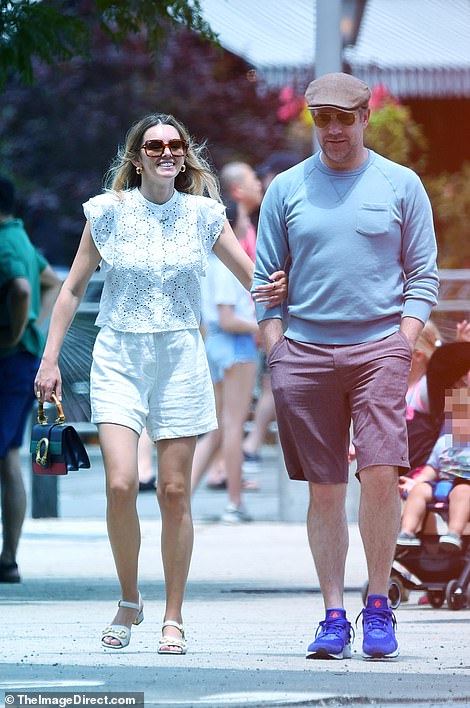 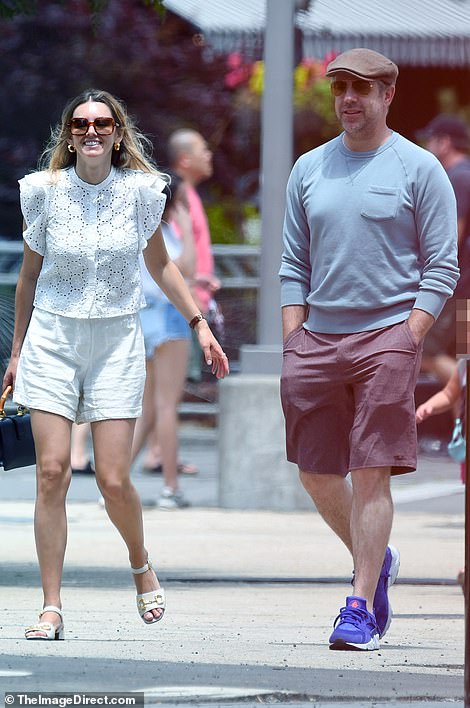 PDA: Ex-model Keeley was seen grabbing her beau’s arm as they crossed a busy street in NYC 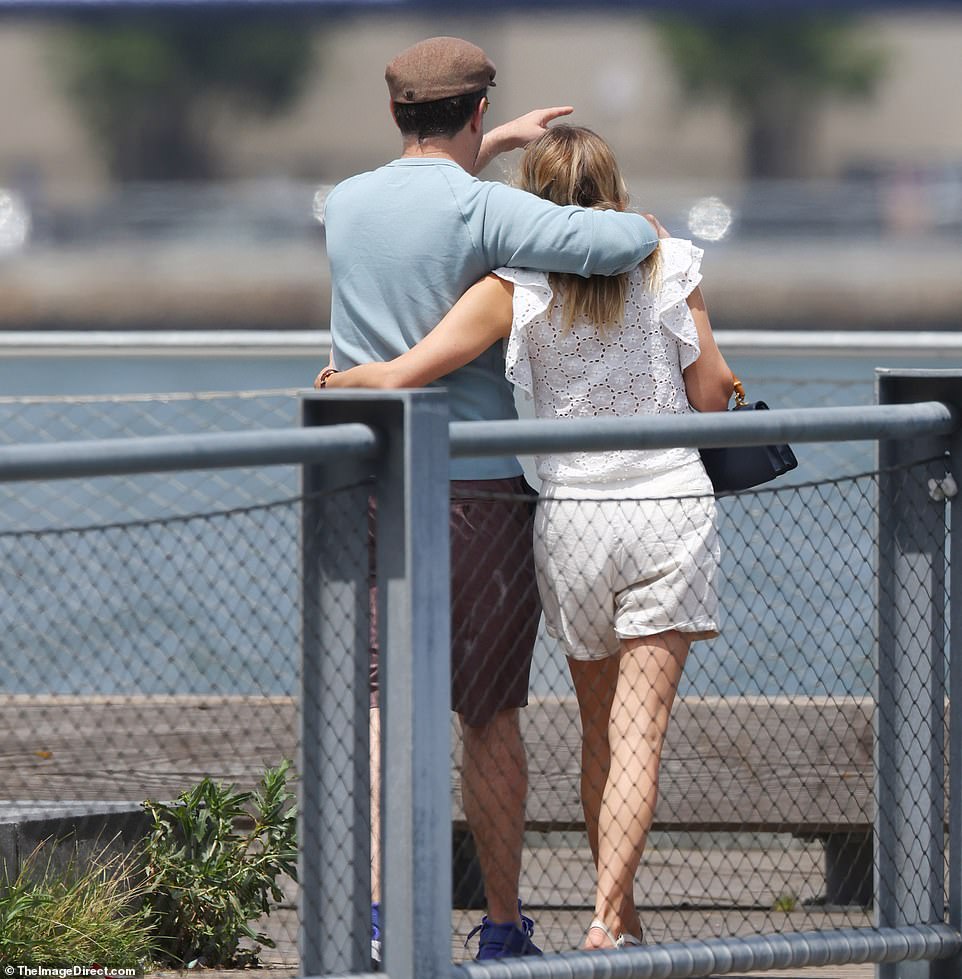 Seeing the sights: The pair put on a romantic display of affection as Jason showed Keeley around NYC 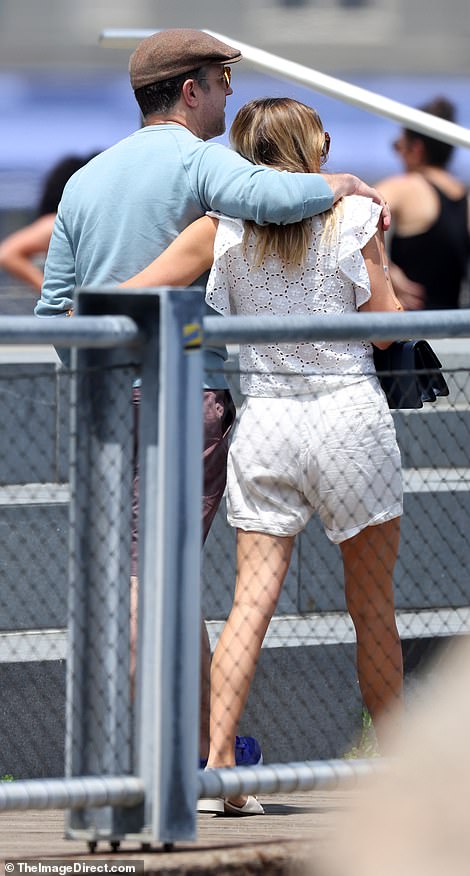 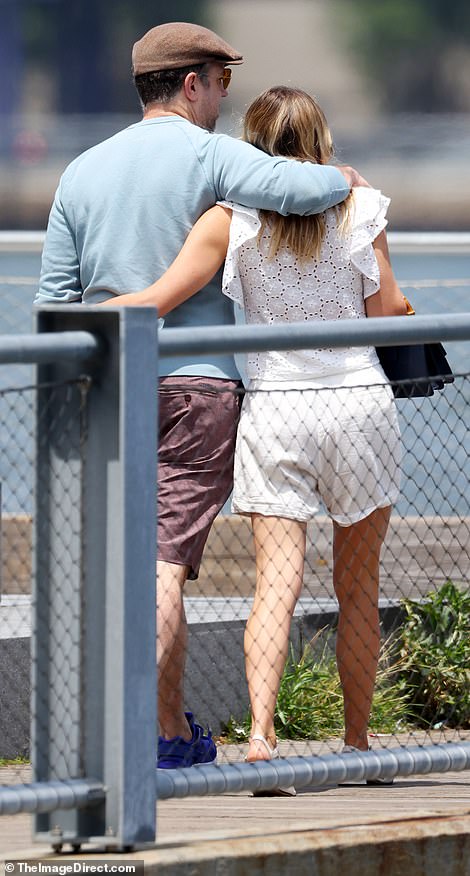 Keeping close: Jason had his arm fixed around Keeley as they took a stroll in NYC, after months of rumors that the pair were dating 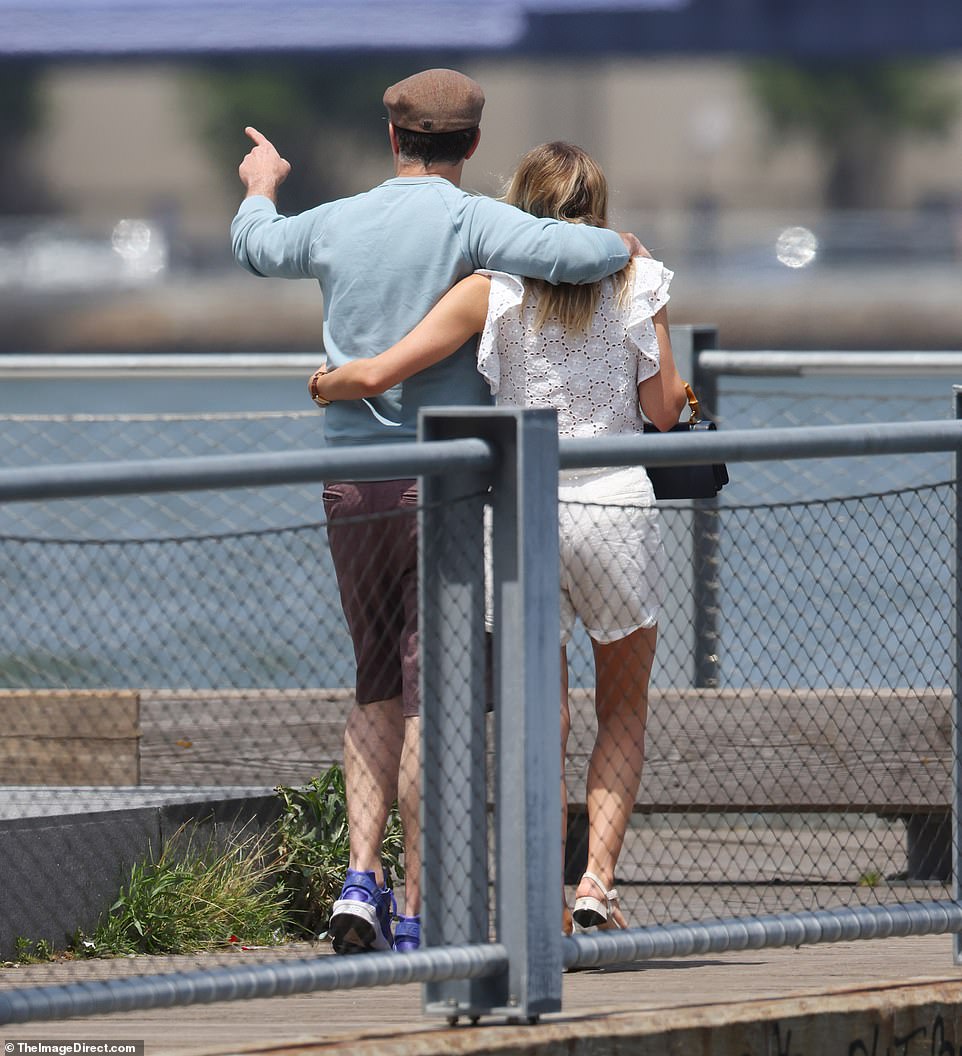 Getting the grand tour: The Ted Lasso actor appeared to be keen to show Keeley around town

The relationship is thought to have healed the reported ‘heartbreak’ that Jason has endured amid his split from Olivia.

While it emerged in November 2020 that Jason and Olivia had separated after seven years together, it was later reported that her relationship with Harry, 27, started as early as October 2020.

Just this month, a source claimed to PageSix that Jason is ‘still heartbroken’ over the saga. 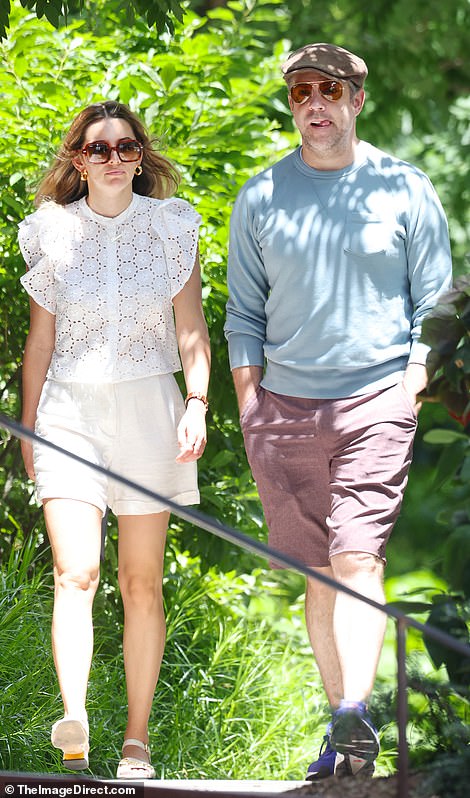 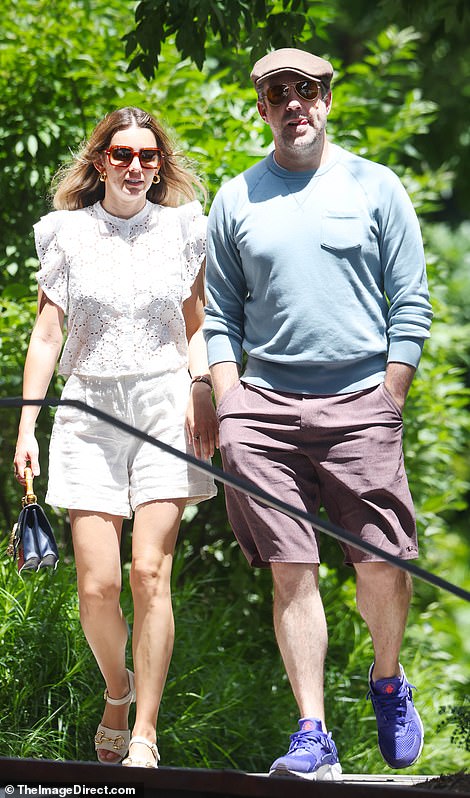 Moving on: The sighting comes after it was claimed that Jason is ‘still heartbroken’ over ex Olivia 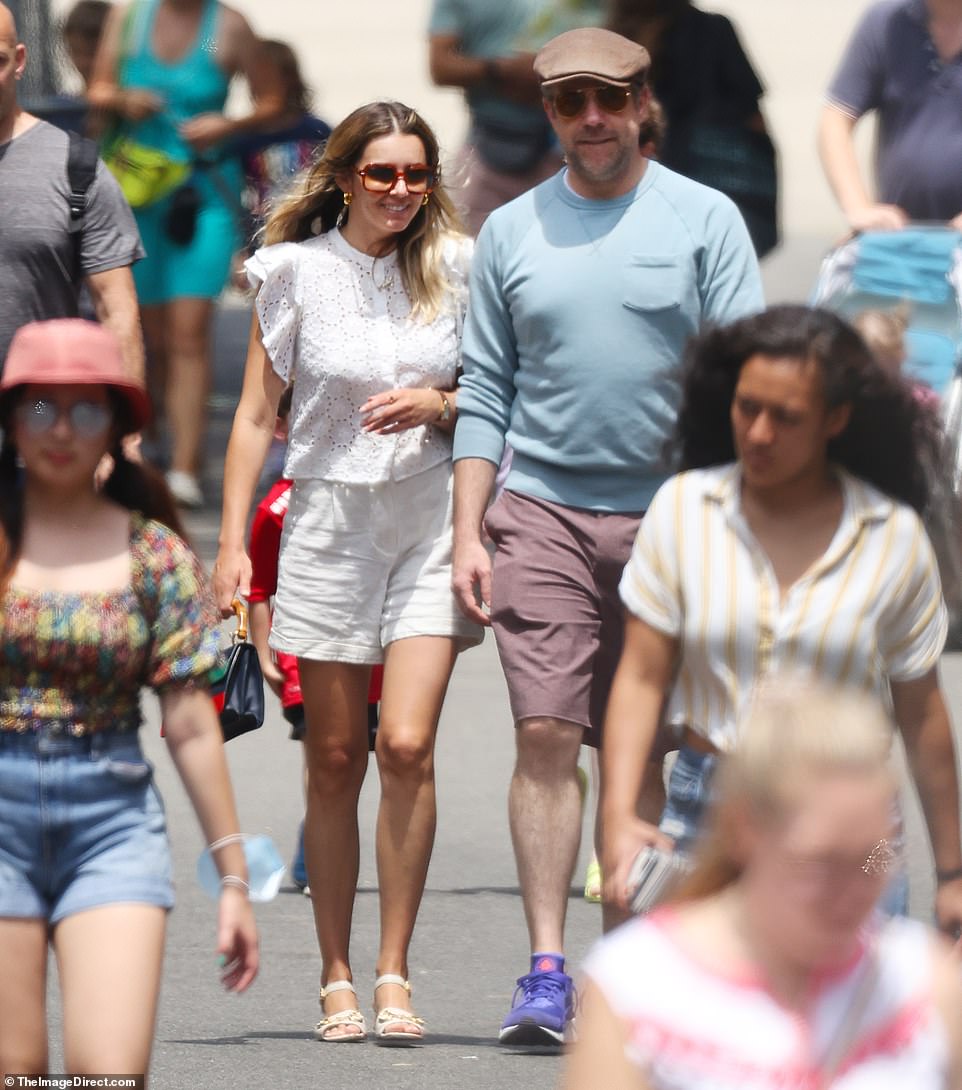 Let them all talk! The loved-up pair have gone public with their romance for the first time 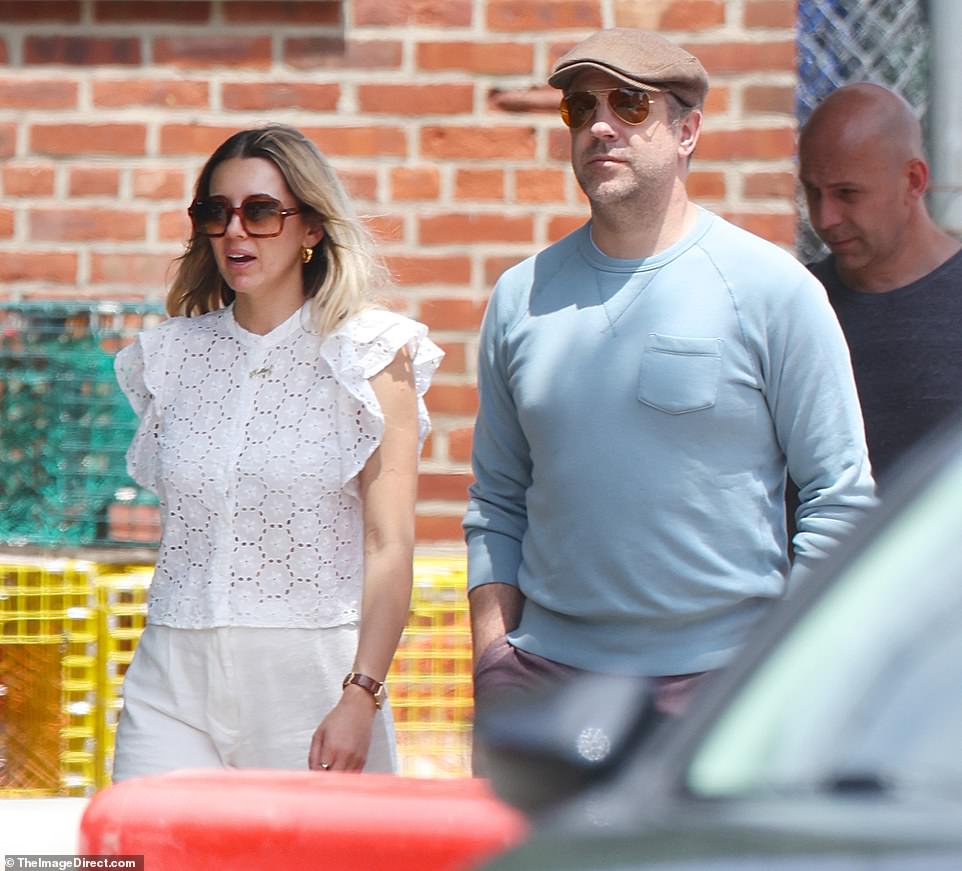 Fun in the sun: The pair appeared to be enjoying their way around New York City over the weekend 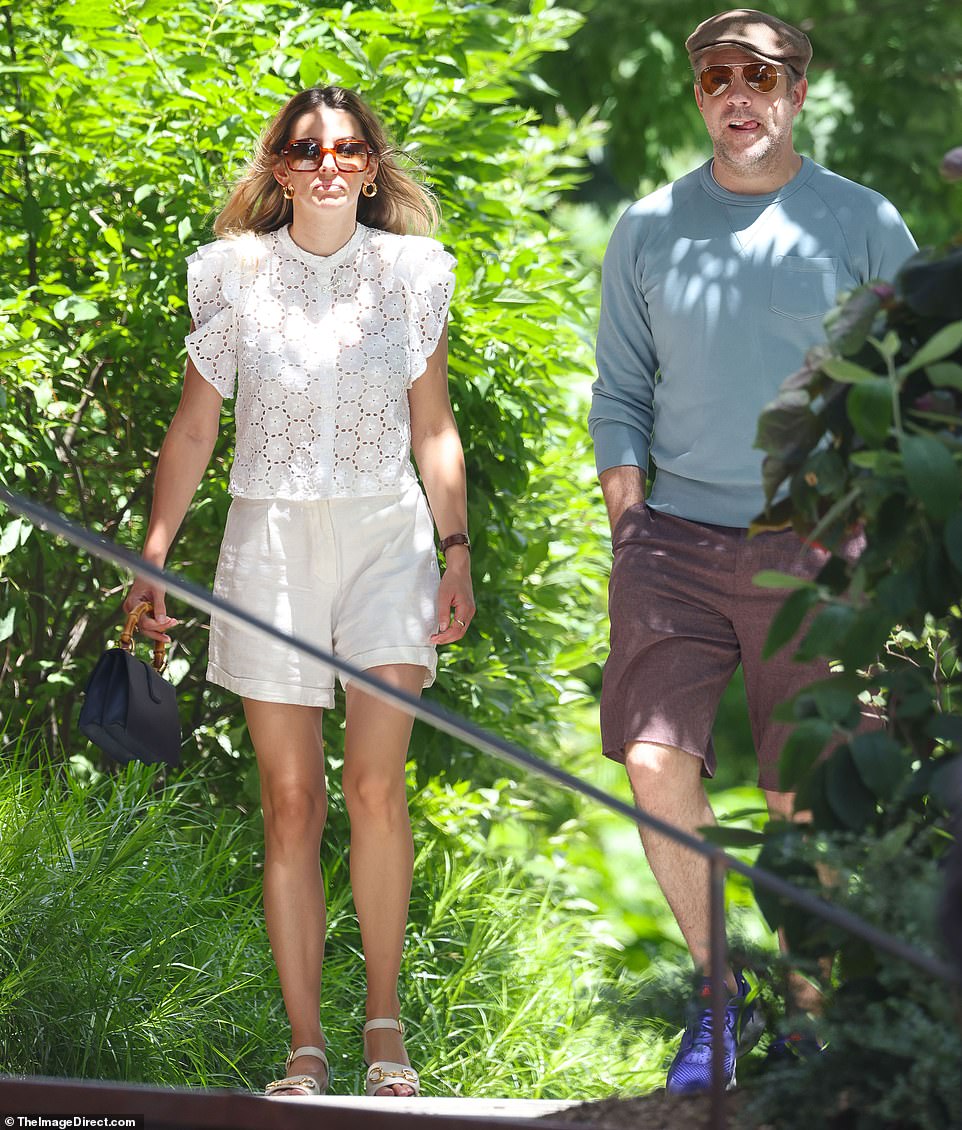 A walk to remember: It’s the first time the new couple have been pictured out together

‘Jason is heartbroken about Olivia and Harry’s relationship,’ a source claimed to the outlet. ‘They’re going from strength to strength, and he’s still massively upset and, to be honest, is still a little angry.’

It was reported earlier this year that Jason and Keeley had ‘grown close’ and had been out and about together on several occasions.

Speaking to The Sun, a source claimed: ‘Jason has always found Keeley incredibly attractive, and has told pals he’s had a crush on her since her Page 3 days.

‘When Jason found out about his wife and Harry, Keeley was one of the people whom he turned towards. During this time he was understandably devastated, but she was brilliant and incredibly supportive.’ 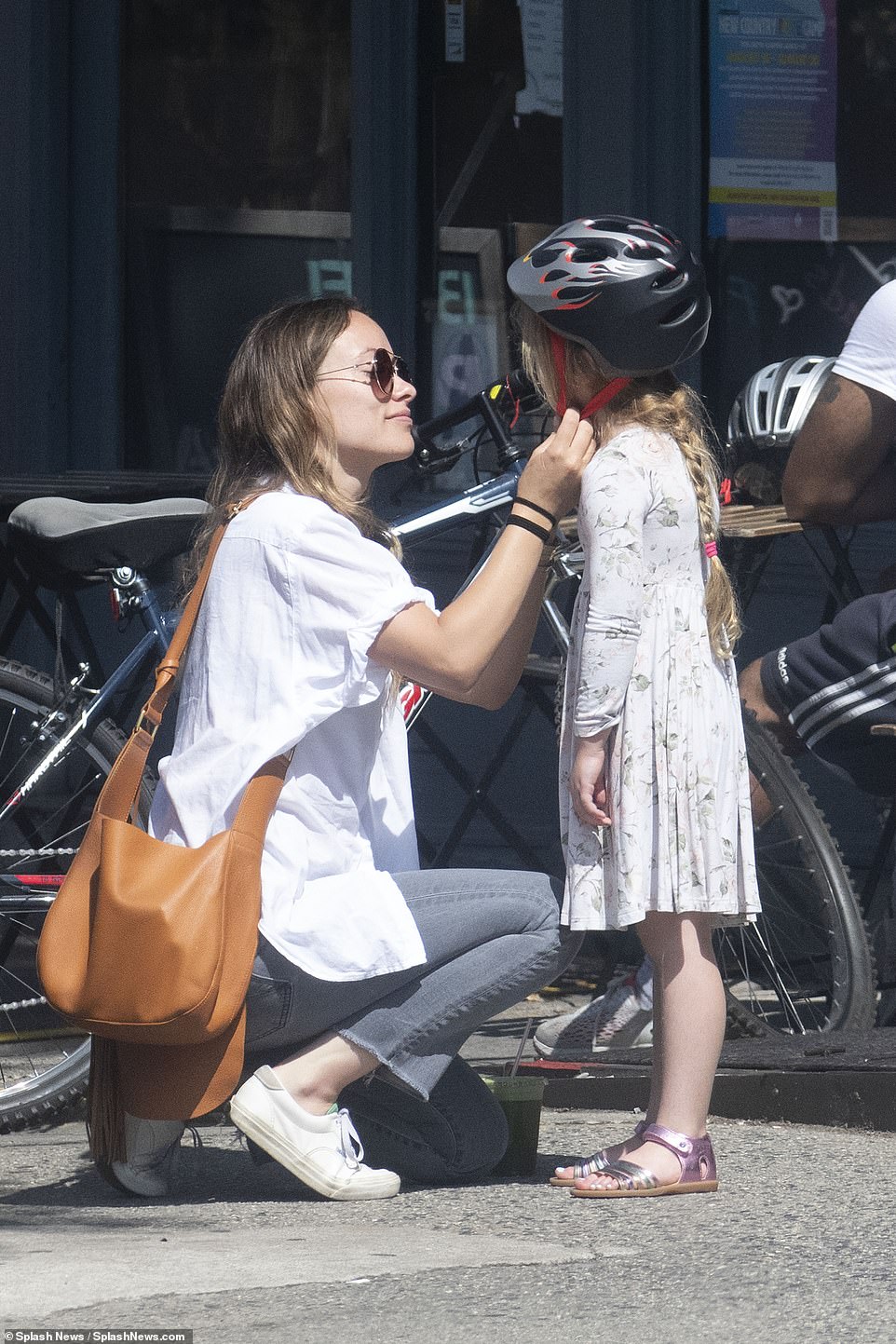 Bond: Olivia Wilde was seen out with the two kids she shares with Jason Sudeikis – son Otis, six, and daughter Daisy, four (pictured) – in New York City on Sunday

Out and about: The Booksmart director sported a white blouse over skinny grey jeans cropped just above the ankle and white Vans Era sneakers

‘He invited her to join him for a dinner with mates in LA, and their flirty banter quickly set tongues wagging. They have met up since, but obviously it’s all very early days.’

The source did, however, add that Jason feels it is ‘too soon’ to get into another relationship and he is in ‘no rush’ to do so.

Meanwhile, Olivia’s relationship with Harry continues to grow stronger – as the pair are understood to have just spent several months together in London.

Jason has also been in London working on season two of his award-winning Apple TV plus series, Ted Lasso, which debuts in July.

Former glory: Olivia and her  husband Jason Sudeikis announced the end of their relationship in November 2020 after being engaged for seven years; seen at the Oscars in 2016 (Right, Olivia is pictured with Harry Styles) 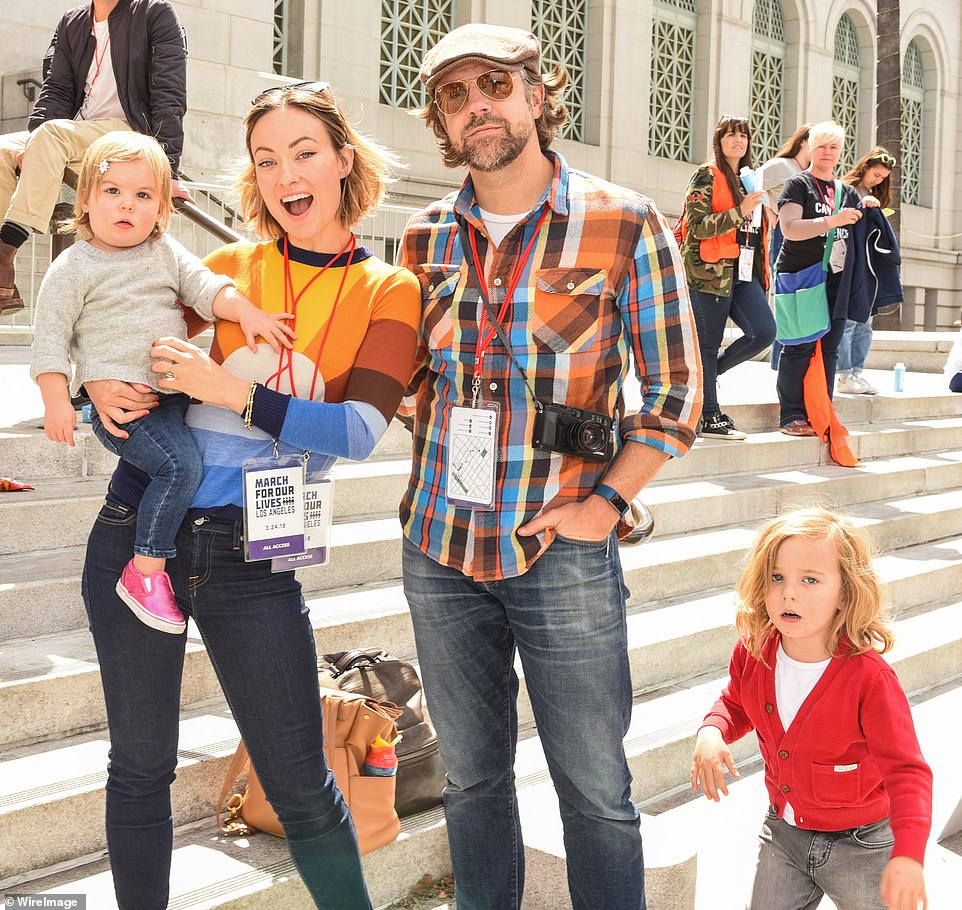