Jay-Z is hoping to help one of his fans in prison.

The rapper’s legal team has made a plea – twice – to a North Carolina judge asking for the “compassionate release” of a man serving a 20-year prison sentence over marijuana charges, Page Six has exclusively learned.

In court documents that were submitted on Wednesday and obtained by Page Six, attorney Alex Spiro filed a second motion, asking the court to reconsider their previous request – one which was dismissed due to inmate Valon Vailes’ COVID-19 vaccination record.

“Mr. Vailes’ motion for compassionate release does not mention COVID-19 and does not rely on any COVID-19-related argument as a basis for arguing in favor of a reduced sentence,” Spiro argued.

In December 2007, Vailes, now 55, was found guilty by a jury for conspiring to possess with the intent to distribute more than one ton of marijuana from 2003 to 2007. He was sentenced to 20 years in federal prison with an additional 10-year supervised release.

Vailes’ case first came to the attention of Spiro and other members of Jay-Z’s legal team after the inmate penned an emotional letter to the” Empire State of Mind” rapper, who is the proud owner of the Cannabis company Monogram.

Page Six obtained an exclusive copy of the note to Jay-Z, which Vailes wrote from New York’s Otisville Correctional Facility back in February.

“This correspondence is a plea to ask for your help with the intent to campaign for my clemency,” the letter read. “13 and a half years is a long time to be still incarcerated over a substance that has become the ultimate green rush.” 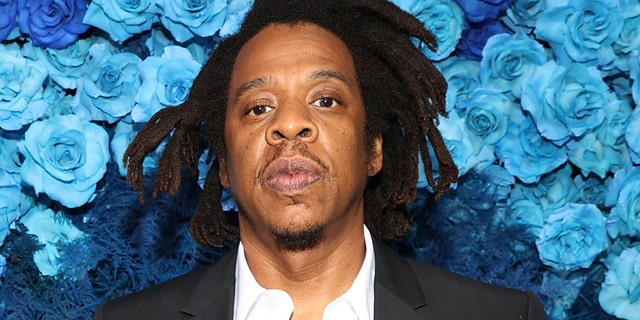 Jay-Z is hoping to help one of his fans in prison.
(Shareif Ziyadat)

Vailes added that he’s followed Jay-Z’s career and was especially moved by his advocacy for the “underprivileged and voiceless,” which he said was noted in a Wall Street Journal report.

“A lot has changed in my life, but most importantly, I have a newfound view of society,” Vailes claimed. “Therefore, I pledge to my family, my children, and myself that my incarceration would not be in vain.”

The inmate concluded his note by stating that he can’t help but feel “some type of way” about the ongoing reform of marijuana legalization in the US knowing he is still behind bars.

“It is a bittersweet reality that I am a casualty and a commodity of this system filled with injustice,” he wrote.

Clearly moved by Vailes’ words, Jay-Z immediately rallied Spiro and his team at Monogram to file a petition on the prisoner’s behalf.

The first motion for a compassionate release request was filed in August. It noted that Vailes had been “a model inmate,” citing completed coursework and drug treatment, and added that Vailes’ family “desperately needs his support and assistance, and he does not present a recidivism risk.”

U.S. District Judge Frank Whitney issued a short 5-line that same month, that improperly noted that Vailes was “pro se motion” – which means he represented himself – when in fact he had Spiro, a renowned celebrity attorney, backing him up. It also noted Vailes’ vaccination record.

“It is clear that this court does not even take the time to read the pleadings of the accused and forgotten,” a source told Page Six on Wednesday. “It shouldn’t take Jay-Z and Monogram to hold them accountable.”

Spiro asked the judge in Wednesday’s filing to release Vailes on a sentence of time served.

“Mr. Vailes has exhausted his administrative remedies with the [Federal Bureau of Prisons]; extraordinary and compelling reasons warrant compassionate release in his case; the relevant factors support release; and Mr. Vailes is not a danger to the community,” the attorney argued.

He added, “Mr. Vailes is the sole available caretaker for his mentally ill brother whom is in desperate need of Mr. Vailes’ support.”

The attorney concluded, “It is unjust to allow Mr. Vailes to remain in prison when, if sentenced under the current law, and with his good behavior credits, he would have already been released.”

A Change.org petition also advocating for Vailes’ release has nearly 2,000 signatures as of Wednesday afternoon.